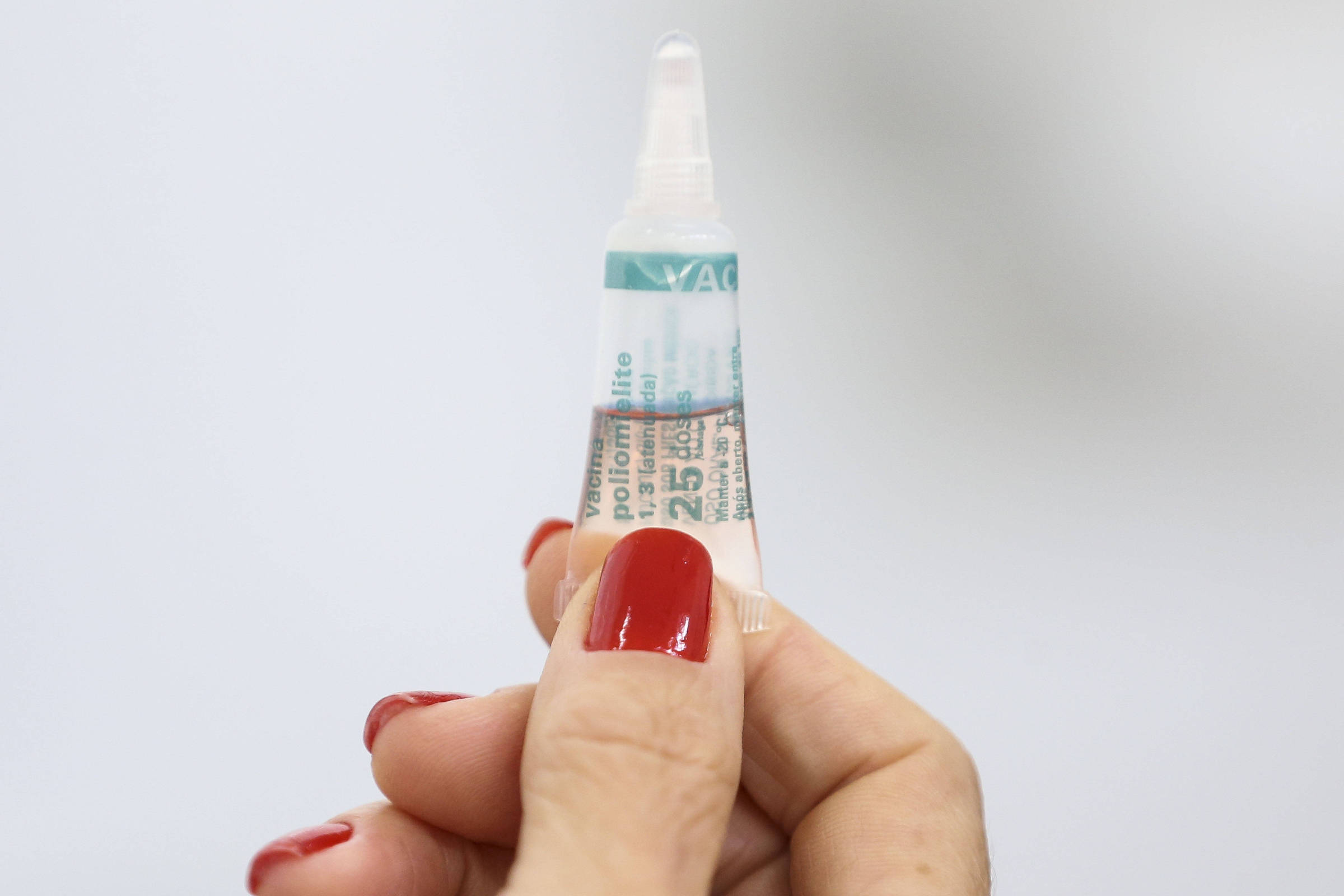 Traces of a form of polio derived from a vaccine strain were found in sewage samples taken from a London treatment plant. The announcement was made this Wednesday (22) by the World Health Organization (WHO) and British authorities.

“It is important to note that the virus was isolated from environmental samples only – no associated cases of paralysis were detected,” the WHO said in a statement.

The organization considers “important that all countries, especially those with a high volume of travel and contacts with polio-affected countries and areas, strengthen surveillance to quickly detect any virus importation and facilitate a rapid response”.

According to the WHO, “any form of poliovirus, wherever found, poses a threat to children worldwide.”

Polio is a highly contagious disease that invades the nervous system and can cause permanent paralysis.

Wild poliovirus is the best-known form of poliovirus.

There is another form of poliovirus that can spread within communities: the circulating vaccine-derived polioviruses, or cVDPV. Although cVDPVs are rare, they have become more common in recent years due to low vaccination rates in some communities.

Circulating polioviruses derived from the vaccine type 2 (cVDPV2) are the most prevalent, according to the Global Polio Eradication Initiative, a public-private partnership led by national governments with six major partners, including the WHO.

The British health safety agency said on Wednesday that the “isolated” traces were found “in several samples of sewage” taken from a London treatment plant between February and June.

“These results suggest that there may be localized spread of poliovirus, likely among people who are not up to date on their polio vaccines,” said polio expert Kathleen O’Reilly.

In recent years, an average of 1 to 3 poliovirus isolates per year have been detected in sewage samples in the UK. But these isolates were unrelated.

In the current case, says the British health security agency, “the isolates (…) are genetically linked”, making it necessary to study the transmission of the virus in northeast London.

According to UK authorities, the most likely scenario is that a newly vaccinated individual entered the UK before February from a country where the oral polio vaccine (OPV) was used in vaccination campaigns.

While the UK stopped using OPV in 2004, several countries including Pakistan, Afghanistan and Nigeria continue to use it containing type 2 viruses to control outbreaks.

OPV is made from an attenuated form of live poliovirus, which “gives us immunity by growing in the gut for a short period of time during which it can be detected in faeces”, explains Nicholas Grassly, a professor at Imperial College London.

“This virus can occasionally be transmitted and very rarely … it can cause an outbreak of vaccine-derived poliovirus,” he says, noting that OPV was replaced in the UK by an injectable inactivated vaccine in 2004.

Facebook
Twitter
Pinterest
WhatsApp
Previous articleAthlete fainted in the water at the World Athletics Championships – Shocking images from the rescue
Next articleWhere did you go: Look at the incomes of political leaders