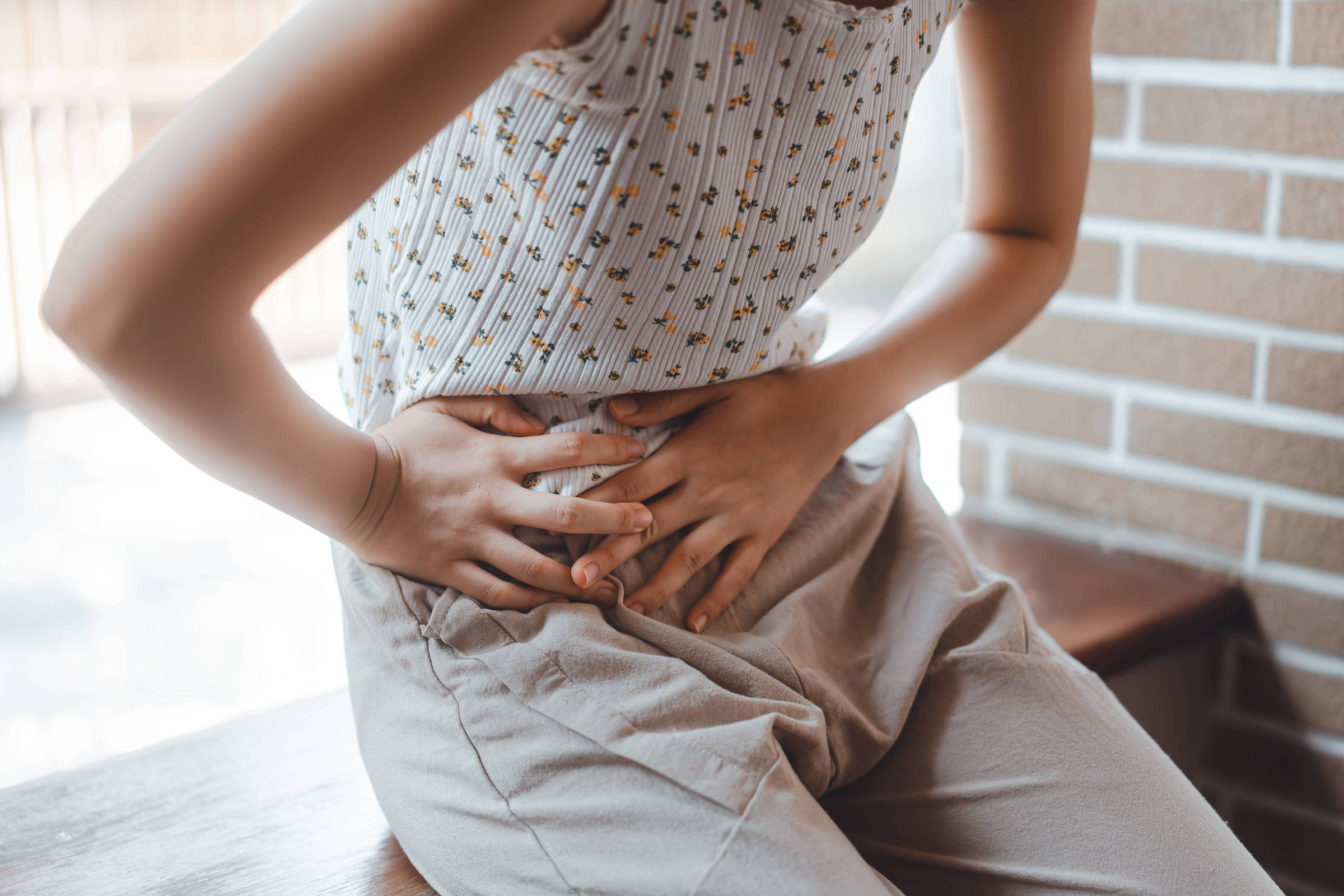 Antidepressants are indicated for the treatment of severe PMS, which is rare

Every month for the two weeks before my period, I have premenstrual symptoms so severe that they seriously affect my work, social and romantic life. I’ve heard that SSRI (Selective Serotonin Reuptake Inhibitors) antidepressants can help, but should I really take medication for something so cyclical?

Premenstrual dysphoric disorder, or PMDD, is a much more serious but less common form of PMS (premenstrual syndrome) that can be difficult to diagnose.

It is characterized by a series of psychological and physical symptoms – irritability, despair, anxiety, changes in appetite, lethargy, problems sleeping, bloating, headache – that can be confused with other health problems, such as regular PMS, problems with thyroid, depression or bipolar disorder.

What differentiates PMDD symptoms from these other conditions, however, is timing and severity, said Crystal Edler Schiller, assistant professor of psychiatry at the University of North Carolina School of Medicine and associate director of behavioral therapy and reproductive science at the Center of Female Mood Disorders at the institution.

PMDD symptoms only occur during the two weeks before menstruation starts and disappear within a few days after it starts, Schiller said. And unlike PMS, PMS symptoms are often so severe that they interfere with daily life.

“You can go from feeling like you used to and then feeling like you’re coming out of your skin, uncomfortable, irritable, unable to function normally in social situations, at work and at home,” she said. “When it’s more severe, it can be really debilitating.”

Despite its severity, PMDD “is still seen as a marginal diagnosis,” added Schiller, as it was only recognized as a distinct disorder in 2013, and not all healthcare professionals have experience with it or know how to identify it. “Many of our patients say, ‘I feel alone in this’ or ‘I feel crazy and no one recognizes it,'” she said.

To get an accurate diagnosis, a healthcare professional – usually a psychiatrist or an obstetrician-gynecologist – will ask you to follow up and assess your symptoms every day for two to three months.

At Schiller’s clinic, “about a third of people who think they have PMDD actually don’t when we do prospective assessments,” he said. Therefore, it is critical to work with an experienced physician before jumping to conclusions or making treatment plans.

If you have been diagnosed, there are effective treatment options. SSRI antidepressants, which are believed to treat depression and anxiety by increasing the availability of the chemical messenger serotonin in the brain, are some of the first options suggested by healthcare professionals.

What causes PMDD and how can antidepressants help?

Scientists still haven’t figured out why some people develop PMDD and others don’t. They know that the disorder, which can arise at any time during childbearing years, is caused by the fluctuation of hormones in the last 14 days of the menstrual cycle, during what is called the luteal phase, said Kristina Deligiannidis, director of women’s behavioral health at the Hospital. Zucker Hillside of Northwell Health in New York.

“We don’t know if it’s the drop in estrogen during the luteal phase or the drastic rise in progesterone,” he added. “But it could be a combination of the two.”

Large, randomized, placebo-controlled clinical trials — the most rigorous types of studies — have found that low doses of SSRIs, taken only in the last two weeks of the menstrual cycle, can greatly alleviate symptoms.

In a study published in 2005, for example, researchers asked 373 women with PMDD to take a pill each of the 14 days before menstruation for three months: One group took 12.5 mg of the antidepressant paroxetine CR (Paxil-CR ), while a second group took 25 mg of the same medication and the third group took a placebo.

Of the 292 women who took part in the study, those in the antidepressant groups tolerated the drugs and reported significantly reduced symptoms of PMDD, with no major differences between the two doses.

“As long as you keep track of where you are in your cycle, it works great,” Deligiannidis said. Sertraline, fluoxetine and paroxetine have been approved by the FDA to treat PMDD, but several trials of other SSRIs – such as citalopram, escitalopram and fluvoxamine – have also shown benefits.

Not every treatment works for everyone, but luckily, there are more options.

Birth control. For those who don’t respond well to SSRIs or don’t want to take them, oral contraceptives containing estrogen and synthetic progesterone have been shown to alleviate symptoms. “The goal of using an oral contraceptive is to keep hormone levels stable from day to day,” Schiller said.

But women should take the pill continuously throughout the month (which means skipping placebo pills at the end of their menstrual cycle) so they don’t experience a period or the change in hormones that trigger their symptoms.

Yaz is the only FDA-approved contraceptive for treating PMDD, but Schiller said other oral contraceptives can also be effective. It may take some trial and error to find the right one for you.

“Research on CBT therapy is promising,” said Teresa Lanza di Scalea, a psychiatrist specializing in female reproductive mental health and an affiliate faculty member at the Dell School of Medicine at the University of Texas at Austin.

But keep in mind that CBT alone is usually not enough to alleviate severe PMDD symptoms. In such cases, doctors may recommend it in combination with medication.

Lifestyle changes. Prioritizing exercise, maintaining a consistent sleep schedule, and reducing stress as much as possible during the weeks before your period can also help, said Lanza di Scalea. “I’ve found that these effortful lifestyle changes can feel very empowering to women.”

As with CBT, lifestyle changes only alleviate severe cases of PMDD on their own, and may complement other treatments.

Calcium. There is also some limited evidence that taking certain supplements, particularly calcium, can lessen symptoms of the disorder. While supplements may not work in severe cases, they might be worth a try.

“If women aren’t taking a multivitamin with calcium, I usually advise them to start taking it,” Schiller said of his PMDD patients.

Injectable drugs. If none of these options suppress your symptoms, your doctor may suggest that you consider an injectable medication called leuprolide acetate (Lupron Depot), which can be used to treat PMDD. This medication, which can be given once a month or every three months, stops the ovaries from producing estrogen and progesterone, which can eliminate monthly symptoms.

For some women, it can make a “huge difference in terms of their mood and ability to function,” Schiller said. The downside is that it may not be sustainable in the long term because it is expensive — about $2,000 (or more) per injection, she said. It can also cause side effects like headache, fever, and muscle aches.

Surgery. If you’ve exhausted all other treatments for the disorder, the last option is to have your ovaries removed. Although radical, Schiller said, many patients are successful with this surgery.

“It’s a matter of finding a provider who will help you find a treatment that works,” he added.

I have over 10 years of experience working in the news industry. I have worked for various news websites and have been an author at News Bulletin 247 for the past 2 years. I mostly cover technology news and have a keen interest in keeping up with the latest trends in the industry. I am a highly motivated individual who is always looking to improve my skills and knowledge. I am a team player who is always willing to help out others, but also able to work independently when required. I am proactive and always take initiative to come up with new ideas and solutions.

Facebook
Twitter
Pinterest
WhatsApp
Previous article
Greek DART team teacher at SKAI: The experiment was successful, it seems to have gone better than we expected
Next article
Government increases the limit of successful candidates in public tenders