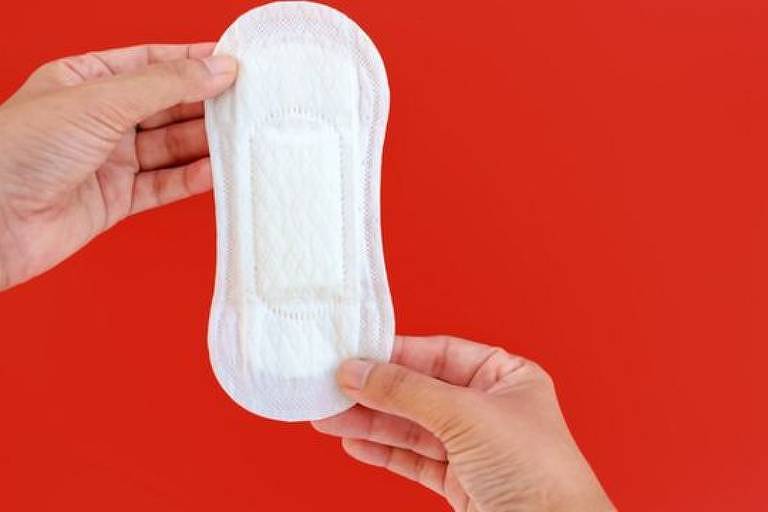 What menstruation blood says about a woman’s health

Menstruation is a physiological event that represents the beginning of female reproductive life.

It occurs because of the shedding of the endometrium, the inner layer of the uterus, which was being “prepared” for a possible pregnancy. When this does not occur, this tissue is expelled.

The standard menstrual cycle lasts from 24 to 38 days and the flow is expected to be up to eight days. It is normal for teenagers to menstruate between the ages of 9 and 15. When it does not occur in this age group, it is recommended to look for a doctor to investigate possible diseases.

Paying attention to the amount of flow is also important. Even though it is difficult to measure blood volume at each period, experts say it is essential to pay attention to the number of pads used in a short period of time. The same goes for cups, sanitary pads and other protections.

“If you have to change your tampon for less than two hours, it is considered an above normal flow and should be investigated”, highlights Fátima Oladejo, gynecologist, with a postgraduate degree in legal medicine and medical expertise from FMUSP (Faculty of Medicine from the University of São Paulo). The recommended still, according to doctors, is to compare with previous cycles.

As menstruation accompanies much of a woman’s life, it is essential to pay attention to possible changes, as changes in color, smell and volume can indicate diseases. But how to recognize these variations in practice?

When there is unusual bleeding that is abnormal, it is recommended to see a gynecologist. This is because this change in the body can be linked to the use of medications, tumors or hormonal imbalances.

In the latter case, the patient may menstruate every 15 days, which is not considered healthy by doctors. It usually occurs due to a lack of hormones such as progesterone and estrogen. Emotional issues can also interfere.

Another common cause is ovulatory disorders, which can be caused by medication use, thyroid disease, and is common in women who are menopausal or have just started menstruating.

It may also be related to endometrial causes, which are disorders of the innermost part of the uterus, which can be caused by ovulation itself or medications. The use of anticoagulants, used in the treatment of cardiovascular diseases, for example, can also interfere with the amount of blood.

Finally, changes caused by tumors can be generated by polyps, which make the endometrium more “swollen”. There are also fibroids, which are benign tumors. “There are several types and it is necessary to evaluate the cause of the bleeding. It is not just any one”, says Gabriela Rezende, member of the National Commission of Endocrine Gynecology at Febrasgo (Brazilian Federation of Gynecology and Obstetrics Associations).

The doctor also highlights the care with malignant tumors, as these can manifest in the endometrium and cervix. “These are cancers. These tumors are more common in older women,” she warns.

The therapeutic line to cure these dysfunctions must be done individually, as each woman will have a history of symptoms. Doctors are already able to make a first assessment in medical consultations and, if necessary, gynecological exams will be performed.

What should be the color of blood?

In addition to the number of days and acceptable amount of menstruation during the cycle, it is necessary to notice the color of the blood during this period.

Although it appears to be just a “unique” red, the flow can be of different shades, which can indicate health problems or no changes at all. See below:

Dark and no clots

Indicates the beginning of the menstrual cycle and heavy flow. At first, there is no indication of changes in the body.

It can be a symptom of bleeding and clots, which are more viscous pieces of blood, can indicate the presence of fibroids.

It is linked to arterial blood, polyps, fibroids and malignant tumors. “It is not a good reference for prognosis. It indicates an area with a lot of vascularization and blood”, says Marcos Takimura, obstetrician gynecologist and coordinator of the Medicine course at Universidade Positivo, in Curitiba (PR).

It may indicate rupture of the hymen, right at the beginning of the first sexual intercourse. But when the flow is more watery it can also be caused by decreased estrogen and nutritional deficiency.

Brown or similar to ‘coffee grounds’

It manifests with small leaks and may occur at the beginning or end of each period, but is not indicative of disease.

It is quite common in women who use contraceptive methods such as IUDs and subdermal implants.

It may be mixed with cervical mucus, indicating discharge or even infections.

Indication of an infection in the body and a thorough investigation with the doctor is necessary.

Ideally, menstruation should have a slightly iron-like blood odor. When this does not occur, it is necessary for the woman to pay attention.

“Often, the flow discharge mixes with the fluid and does not necessarily mean a uterine infection. But it shouldn’t have an unbearable odor”, points out Rezende.

If there is a foul smell, reminiscent of rotten fish, it could indicate vaginosis and endometritis. “It could be a bacterial infection in the endometrium”, reinforces Oladejo. It may also be related to pelvic inflammatory diseases.

Vaginosis worsens during the menstrual period due to the change in pH itself. The pH of the vagina is acidic, around 4 or 4.5 and, due to the flow, it tends to become more alkaline, reaching approximately 6, which facilitates the proliferation of bacteria.

When bleeding occurs irregularly, it affects intimate health and causes an imbalance in the vaginal flora. “The bad smell is due to the amount of gases that the bacteria eliminate”, explains Takimura.

Thus, it is essential to pay attention to the change time suggested by the manufacturers of absorbents and collectors.

“Remembering that menstruation is an organic matter, but from the moment it leaves the body, it is exposed to other bacteria”, reinforces Oladejo.

You should also avoid wearing tight clothes and non-cotton underwear.

Does excessive blood loss cause anemia?

As the normal period is two to eight days, when the flow exceeds this period it can lead to anemia. The exacerbated loss of blood in the body causes the woman to have iron deficiency and, in extreme cases, even need surgery.

That’s why it is necessary, at the first non-standard symptoms, to look for a health professional to investigate each painting. In some patients, nutritional monitoring will be carried out, with changes in food and supplement intake.