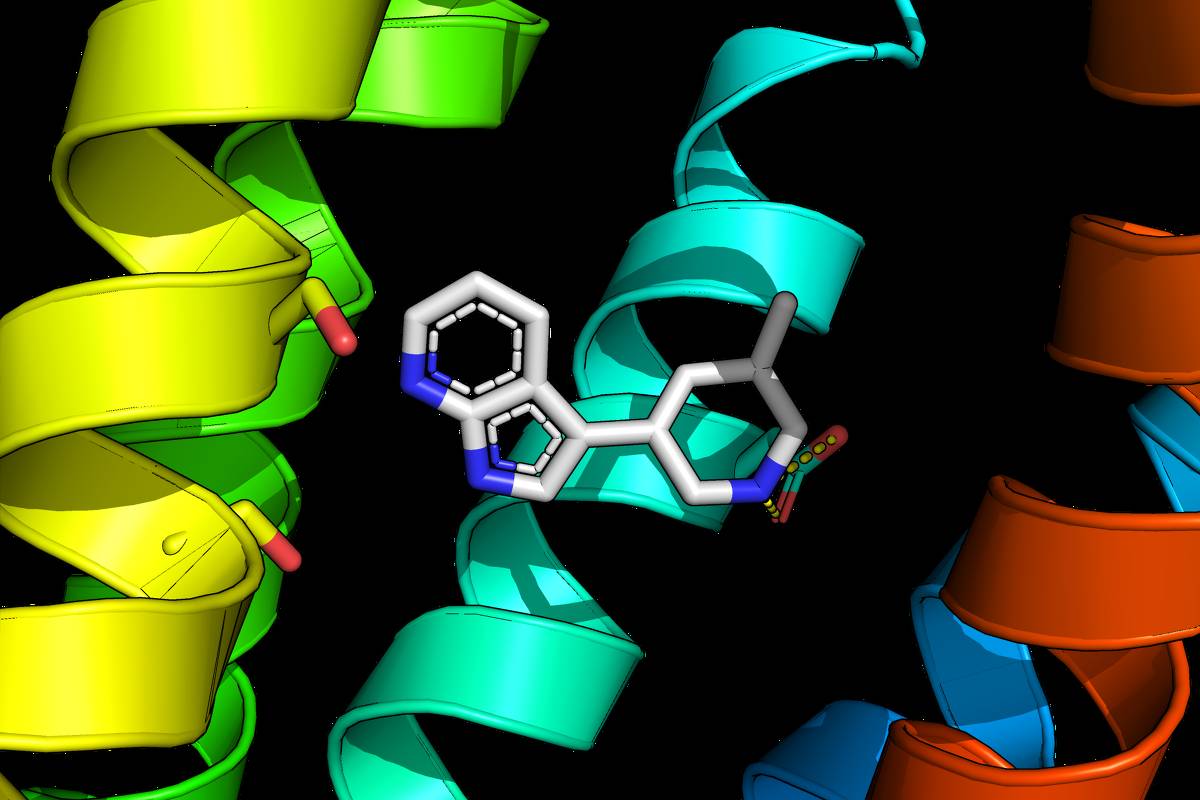 The paradoxical search for psychedelic-like substances that have an antidepressant effect, but do not trigger travel, has taken new steps in the latest issue of Nature. Two parapsychedelic compounds were presented by a large group of researchers (including a Brazilian), so far tested only with mice.

The article is beyond technical, it’s not worth trying to give the details here. Suffice it to say that the group tested virtually millions of possible molecules to see if they fit well into the brain’s 5HT2A receptor for the neurotransmitter serotonin, the same nerve cell gateway used by classic psychedelics like LSD, psilocybin (from the “magic” mushrooms) and DMT (from ayahuasca), which have been studied to treat depression and other mental disorders.

The seven-year study was led by Bryan Roth of the University of North Carolina at Chapel Hill and Jonathan Ellman of Yale University, both in the US. The Brazilian is Luan Carvalho Martins, from UFMG, who participated in the research when he was at the University of California at San Francisco.

after testing in silico –that is, in computers– fitting the molecules into the 5HT2A lock and refining the analysis of this coupling, the team arrived at two more promising substances, (R)-69 and (R)-70. The next step was to test its antidepressant and psychedelic effects with the help of rodents.

There are robust models and experiments that can be done with mice to verify depression-like and “travel”-like behaviors in humans. In the first case, one can quantify, for example, the anhedonia (prostration) of the animals. In the second, a typical movement of the head (head-twitch) triggered in these animals by consciousness-altering drugs (in humans).

The tests indicated an antidepressant result comparable to those of psychedelics such as psilocybin and DMT. In contrast, they did not induce a significant amount of head movement.

“We don’t know if we’re going to see the same effects in people,” Roth said in a statement from the University of North Carolina. “But we’re hopeful of finding that out. It would be a game-changer to create a long-acting, single-dose therapy to help people with treatment-resistant depression and other conditions.”

This is a controversial proposal in the field of psychedelic science, as several researchers consider that, for the human psyche, remission or cure of mood disorders such as depression depend on the subjective experience provided by consciousness modifiers. It is evident that there are biochemical mechanisms behind what is called phenomenology, but the psychic content surfaced during the psychedelic experience would determine the benefits.

“The work did not investigate this dimension of the pharmacological effect, that is, the interaction between the psychedelic effects and the antidepressant effect”, said Luan Carvalho Martins, 34, when asked by the blog about the decoupling between the subjective psychedelic experience and the therapeutic result. . “I think that going beyond what the data show about this is dangerous”, pondered the UFMG researcher.

The study in Nature did not investigate the relationship of compounds (R)-69 and (R)-70 — already patented — with neuroplasticity, the creation of new neuronal connections believed to be behind the therapeutic potential of psychedelics. It is possible, after all, that drugs like (R)-69 and (R)-70 can induce it without at the same time bringing about the visions, memories, and emotions characteristic of lysergic trips.

The association between psychedelics and neuroplasticity was also the subject of a lengthy and enlightening review last week in another Nature group publication, Neuropsychopharmacology. There’s a lot of mango cloth there.

The part that matters for the nexus between biochemistry and phenomenology of psychedelia is the passage in which authors Abigail Calder and Gregor Hasler, from the University of Friborg (Switzerland), point out that the window of neuroplasticity opened by psychedelics temporally coincides with the subjective effects in human beings.

In other words, the contents that can become relevant for mental elaboration, introspectively or during psychotherapy, surface in a very flexible brain state, open to new connections. They would thus be available to open up or stabilize alternatives for understanding the origins of psychic suffering – not to mention the flood of empathy and acceptance that is usually triggered by the influence of psychedelics, which make it easier to recognize, speak and act on them.

This suggestible state can also be a double-edged sword: a bad psychedelic experience (bad trip, or bad trip) has the power to leave indelible marks on the person. Hence the recurring recommendation to devote close attention to the settingthe situation (place, environment, companions, guides, music, etc.) in which the trip will take place, in order to reduce the risk of traumatic experiences.

They are rare, but there are cases of persistent hallucinations, flashes of the bad trip that recur long after the journey is over. Another not negligible risk is that of abuse by psychedelic therapists and spirit guides, who can take advantage of this mental opening to instill their own explanations or even perform sexual acts.