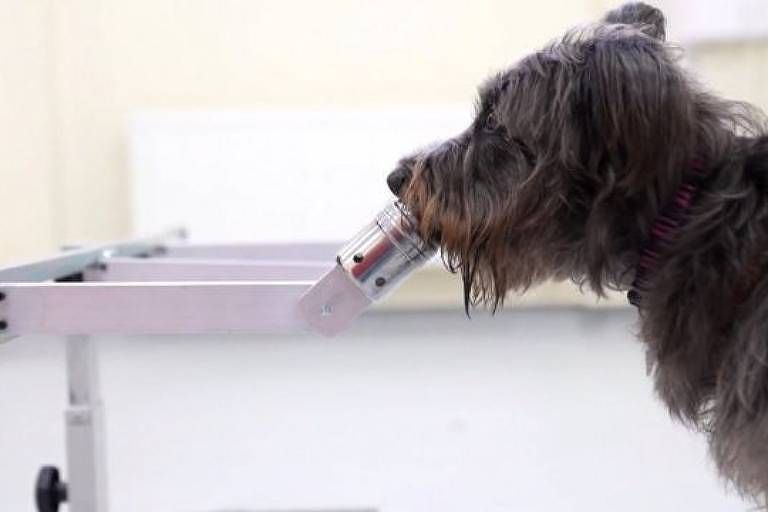 Dogs can smell stress on their owners’ breath, study reveals

Our canine friends have proven once again how attuned they are to our feelings — this time, in a scientific sniff test.

Scientists have discovered that dogs can smell stress on our breath and in our sweat.

Four dogs — pets that volunteered through their owners — were trained to “pick” one of three scented containers.

And in more than 650 out of 700 tests, they successfully identified a sweat or breath sample that had been collected from a stressed person.

The researchers, from Queen’s University Belfast in Northern Ireland, hope the study, published in the scientific journal Plos One, will help train therapy dogs.

Dogs experience their world through their sense of smell. And its highly sensitive abilities are already used to detect drugs, explosives and diseases, including certain cancers, diabetes and even Covid-19.

The 36 human volunteers reported their stress levels before and after completing a difficult math problem.

Each container contained a sample of your sweat or breath from before or—provided your blood pressure and heart rate had also increased—after.

And if the dogs—Treo, Fingal, Soot, and Winnie—stayed or sat in front of the “stressed” sample, they were rewarded with their favorite treat.

Facebook
Twitter
Pinterest
WhatsApp
Previous article
US: Recommendation to Supreme Court to try Turkey for attack on protesters by Erdogan’s bodyguards
Next article
Scorer of the 1st World Cup goal arrived in Uruguay on a ship that would be used in the war