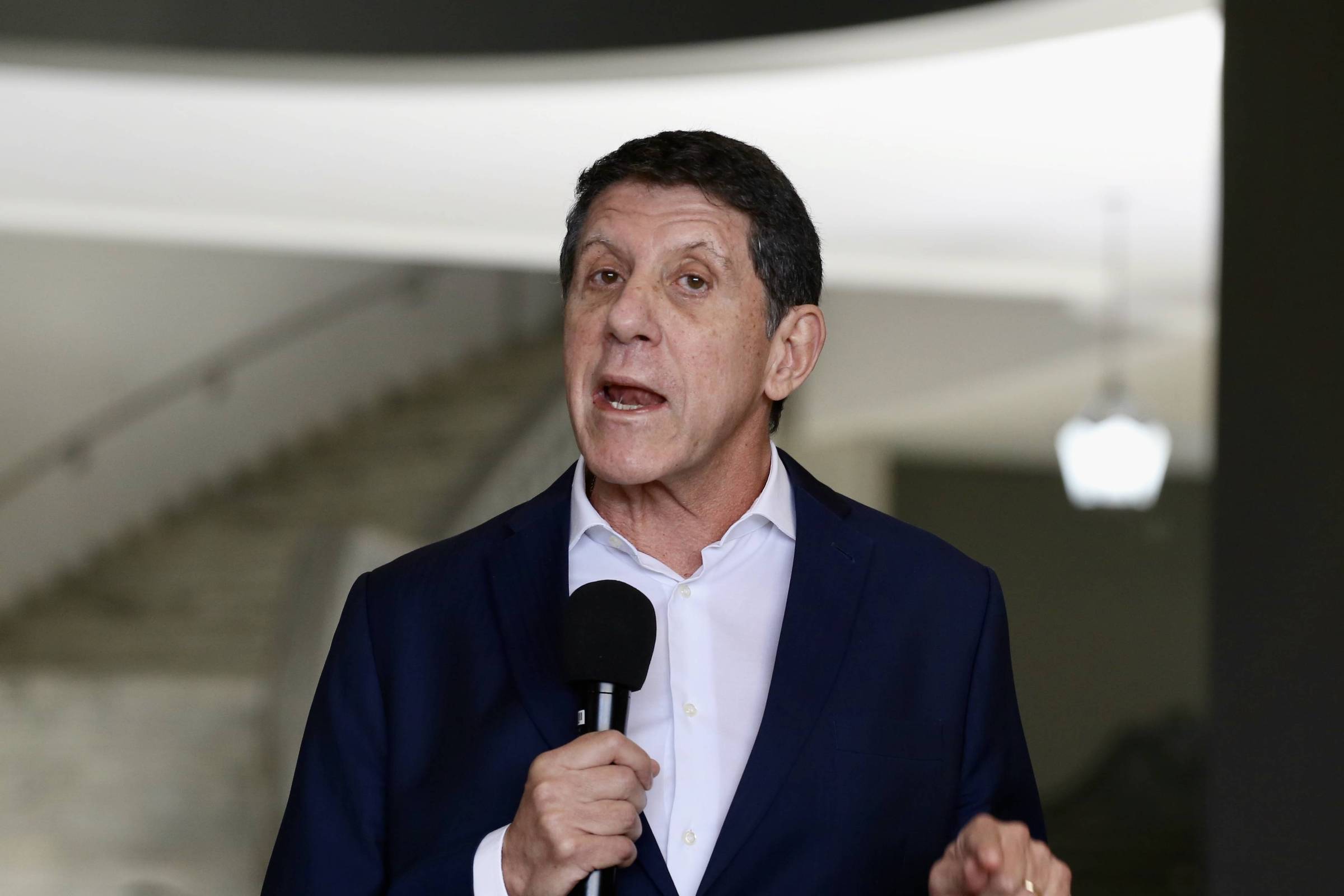 Mandatory use of a mask depends on the governor, says David Uip

Faced with a rise in Covid cases in the country and especially in the state of São Paulo, the secretary of Science, Research and Development in Health, David Uip, issued an alert this Thursday (10) recommending the return of the use of mask in places of high risk and by vulnerable people, such as the elderly and immunosuppressed.

The recommendation, according to the infectologist, is not equivalent to the return of mandatory, which could only be determined by means of a decree of the state governor, Rodrigo Garcia (PSDB).

“When it comes to obligatoriness, it needs to be preceded by a decree from the governor, and that is not the case. We are recommending it,” said Uip, in an interview with Sheet🇧🇷

The secretary, who is also a professor at the Faculty of Medicine at USP, was one of the coordinators of the former scientific committee to combat Covid in the state under João Doria.

According to the doctor, the significant increase in cases seen in the last two weeks sparked an alert. Among the recommendations of the folder are also advances in vaccination with the 3rd and 4th doses in those who have not yet completed the vaccination schedule and the immunization of children.

Already happened [a recomendação de máscaras]🇧🇷 The Secretariat of Science, Research and Development in Health released a warning note yesterday [quinta-feira] reporting the increase in the number of cases and recommending the return of the use of masks in public transport, in places with agglomerations and, fundamentally, in vulnerable populations, such as people with comorbidities and the elderly.

Isn’t this the same as the return of mandatory?

No, this is a recommendation. When it comes to mandatory, it needs to be preceded by a decree from the governor, which is not the case. We are recommending.

In this sense, is the government supporting the portfolio’s recommendation?

It’s me, who is the secretary of the portfolio, or someone who speaks on my behalf who pronounces on the recommendation or not. So the recommendation has already been made and the governor is already informed with the numbers. What we are recommending is for use [de máscaras] in pharmacies, mainly, because we are seeing that people are going to be tested in pharmacies with symptoms and without masks. So pharmacy, public transport, are specific recommendations that are in the note.

Mr. Are you following the increase in cases in the state? Are there concerns about a rise at the end of the year?

We are meeting daily, 24 hours a day and seven times a week, the group [comitê científico] did not disperse. The secretariat is in full swing. Our next meeting is scheduled for Wednesday the 16th, after the public holiday. [Proclamação da República, no dia 15]🇧🇷

And will there be a new recommendation?

It will depend on the numbers, we work with the numbers that are updated weekly. Also, next Wednesday we will have a problem, because it is post-holiday and the data is not normally adequate after holidays, because there is a delay in the registration of the system. But let’s have the meeting anyway.

Are the numbers expected to increase even more in the next update?

Yup. We always work with the numbers of the last two weeks. What I’m seeing in my private clinic is an important increase in cases, on average three new cases a day, when before [início de outubro] had none.

Is there less concern today about deaths?

Yes No doubt. What we’re seeing are milder clinical forms. I have not seen, in the last three weeks in my private clinic, any case that required ICU admission.

What is the profile of the new cases? Are people vaccinated?

I see two profiles. One of people over 70 or over 80 who have already received all four doses but have not had Covid at any other time and are now becoming infected. That’s curious. The other profile is predominantly of people who do not have the complete vaccine schedule, whether two or three doses. Remembering that in the state of São Paulo this represents 17 million people, including children, who only released the vaccination now.

In view of this scenario, Mr. Do you think that all people, regardless of age, should go back to wearing masks?

I believe that vulnerable populations have to wear it — people with comorbidities, older people, with a full regimen or not, in my opinion, have to wear a mask. Now, younger people need to update their vaccinations. I see many people who have not completed the scheme.

like mr. see the reach of reinforcement in younger people?

I’ve seen so much resistance in all age groups, it’s unbelievable. Both for the 3rd dose (first booster) and for the 4th (second booster). You question and these people took the first two, but now they are afraid of the vaccine. I say: but you’ve already been vaccinated, and they don’t want to take the 3rd or 4th dose. It’s impossible to understand.

Mr. Will you continue in the secretariat next year? If so, do you foresee the purchase of bivalent vaccines, updated against the micron?

I will not continue in the government, but for me this should already be being bought today. There are two things that need to be done as quickly as possible: providing bivalent vaccines and buying antivirals. Antivirals that are even taken orally are extremely necessary [para evitar casos graves]🇧🇷 I’ll even talk to the minister [Marcelo Queiroga, da Saúde] because, in my reading, this needs to be done immediately.

And why didn’t the government of São Paulo buy them independently?

we already talked about it [na secretaria] and tomorrow I have a meeting with the governor to address this. But, you see, the public policy for purchasing inputs belongs to the federal government. According to the federative pact, the government buys, the states train and distribute and the municipalities apply. But because of the latest data, and the governor is aware of this, I’m going to talk to him about the possibility of the state of São Paulo buying antivirals.

David Everson Uip, 70, holds a degree in medicine from the Faculdade de Medicina do ABC (currently Centro Universitário FMABC) with a specialization (master’s and doctorate) in infectious and parasitic diseases from the Hospital das Clínicas, Faculty of Medicine, USP. He was dean of the FMABC University Center and coordinator of the scientific committee to combat Covid of the João Doria government. He is currently secretary of Science, Research and Development in Health of the government of São Paulo.