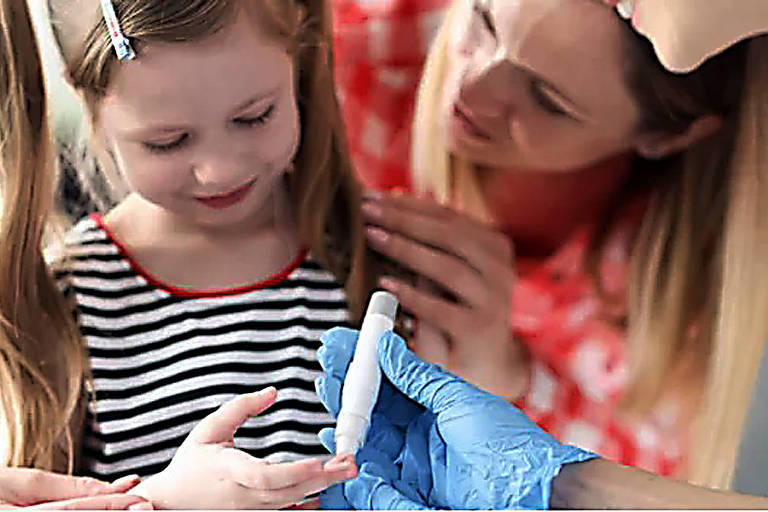 A “revolutionary” immunotherapy drug that has been shown to slow the development of type 1 diabetes has been approved by regulators in the US.

Experts say teplizumab marks a “new era” in treating patients, tackling the cause of the disease for the first time, not just the symptoms.

The drug works by reprogramming the immune system to stop it mistakenly attacking the pancreatic cells that produce insulin.

This decision is likely to pave the way for drug approval in other countries.

taking the burden off

In type 1 diabetes, the immune system (which normally fights bacteria and viruses) mistakenly attacks the key cells in the pancreas that produce insulin.

Insulin is a crucial hormone, helping the body use glucose for energy, and most current treatments focus on patients checking their blood sugar levels and taking insulin — by injection or infusion — every day.

In 2019, a trial showed that the drug delayed the development of the disease by an average of two years in some people in the high-risk group for the condition.

Experts say this delay can be very significant, especially for young people who would not need to take insulin daily or monitor their glucose level as intensely for that amount of time.

They suggest that people can also spend more years with their blood sugar levels in a healthy range, giving them more time to protect themselves from the complications of high blood sugar, such as kidney or eye disease.

Beth Baldwin’s son, Peter, died after suffering from diabetic ketoacidosis in 2014. He had undiagnosed Type 1 diabetes, and his body was breaking down. He was only 13 years old.

“A drug like that would be transformative,” says Beth.

“You can’t stop people from getting type 1 diabetes just yet. But delaying the onset … would be phenomenal — especially for children.”

“It means three years without having to intensively manage the condition, and it could delay it long enough for more research to be done.”

Beth now works with the charity JDRF UK to raise awareness of the signs of type 1 diabetes, including feeling very thirsty, urinating more than usual, feeling very tired and losing weight without trying.

Rachel Connor of JDRF UK, who partially funded the study, said: “It’s a game changer. For me, it’s the start of a new era for the treatment of type 1 diabetes.”

“It’s the first time we’ve been able to get to the root of why the condition develops, and help change the process, so we’re not just treating the symptoms anymore.”

“Once we can do that, we can find other ways to do it better and longer.”

Diabetes is a chronic condition that causes a person’s blood glucose level to become too high.

There are two main types:

Type 2 diabetes is much more common than type 1.

Facebook
Twitter
Pinterest
WhatsApp
Previous article
The program in Handball Premier, A1 women’s handball at the weekend
Next article
USA – Trump’s CFO: His sons found out I was evading taxes and gave me a raise!