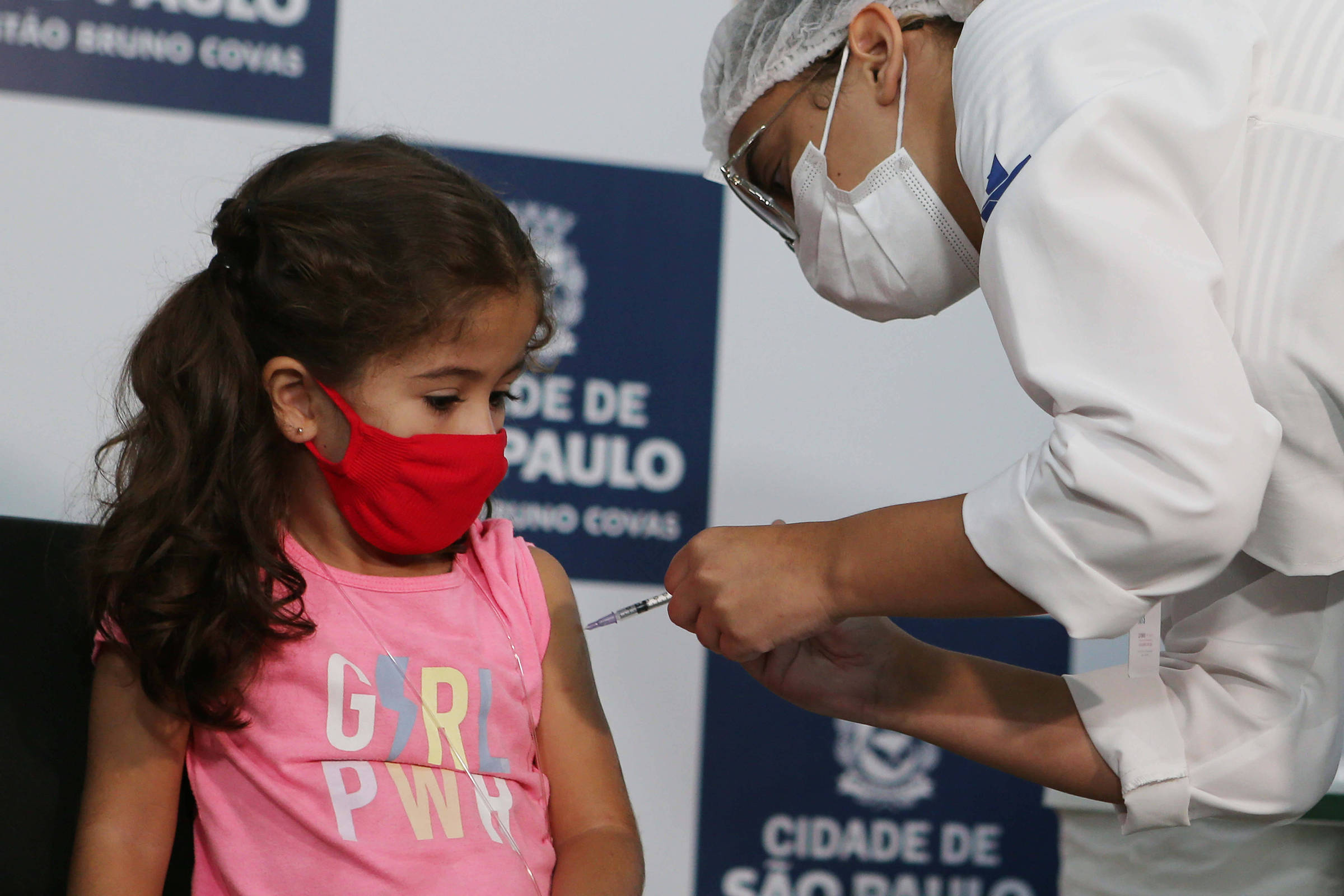 The federal government spent BRL 7.87 million on the child vaccination campaign against Covid in 2022.

The value differs from the investments made in the past in other phases of the pandemic, including spending around BRL 23 million to encourage early treatment, which has no scientific evidence.

For experts, the portfolio’s low investment in child immunization explains at least in part why the vaccination campaign for this age group is stagnant, as shown in a report by the Sheet🇧🇷

The adult population reached 84.67% of the population with at least one dose and 80% with a complete primary vaccination schedule (two doses or a single dose), according to data from the consortium of press vehicles.

In 2021, the Ministry of Health spent approximately BRL 142.16 million and, in 2022, BRL 1.67 million to publicize adult vaccination, including expenses for the booster campaign —a total of BRL 143.83 million , therefore.

The data were obtained by Sheet via LAI (Access to Information Act) and cover the period from January 2021 to July 2022. Sought after, Health stated that it acted since the beginning of the pandemic to inform the population about immunization.

According to experts interviewed by the report, the delay in starting vaccination of children and the lack of expansion of the target audience may be related to a lower government interest in immunizing this group.

For infectologist and Fiocruz researcher Julio Croda, the federal government still does not see this population as a priority. “When we look at all the data that was generated in Brazil, we can say that children are the age group with the highest risk of hospitalization and death”, he says.

According to him, the reach of the campaign can be considered limited. “It’s a very limited number, which will generate little impact. The ideal would be to acquire around 21 million doses so that we can offer this vaccine to all children between 6 months and 5 years old.”

Croda highlights that there was no allocation of resources to purchase vaccines for 2023. “What we can predict for next year is a blackout of vaccine doses; contracts are expiring and we do not have a renewal, in terms of adequate supply according to with the quantitative by states”, he says.

For the pediatrician and director of immunizations at the Brazilian Society of Pediatrics (SBP), Renato Kfouri, the arrival of vaccines for the youngest occurs at a time when the epidemiological scenario is no longer of concern to the population, despite the recent increase in cases. in the country.

“The false perception has been created that children do not need to be vaccinated because the symptoms are not as intense as in the elderly, but Covid alone has caused more deaths in children than the sum of all the other diseases for which they already exist. vaccines,” he explains.

According to him, there was a government boycott of childhood vaccination. “They didn’t succeed with the elderly, with pregnant women, with teenagers, but in the children’s public, the parents’ fear was very great. For the first time, the situation was reversed: parents and guardians, who took the vaccine, do not want to vaccinate their children,” he laments.

The immunologist and professor at the Federal University of Health Sciences in Porto Alegre, Cristina Bonorino, classifies the action of not protecting children as a criminal act.

“We know that the virus can cause neurological sequelae and that the [incidência] of long Covid in children increases every day. We don’t know what’s going to happen to these kids, and that’s the federal government’s responsibility,” he says.

Sought after, the Ministry of Health informed in a note that it has been working since the beginning of the pandemic to “widely disseminate all preventive measures against the disease, including the importance of completing the vaccination cycle with all the recommended doses to contain the progression of the disease and achieve maximum protection against the virus”.

He also said that the portfolio carried out, from March 2020 until now, 39 communication campaigns about Covid, including “preventive measures and reinforcement of the importance of the vaccination campaign and the booster dose”, with an investment of more than R$ 400 million, including 25,000 insertions on TVs, 400,000 insertions on radios, 965 million impressions and more than 837 million insertions in outdoor media, according to the note.

Regarding childhood vaccination, the folder clarifies that “there was no delay in the acquisition and incorporation of pediatric vaccines” and that “requested reservation of immunizers on December 16 [de 2021]shortly after authorization by the regulatory agency [Anvisa]”. “The first batch arrived on January 13th, considering the shortest production time and logistics required for its arrival. Vaccination of children aged 3 to 5 years began in July 2022”.

Facebook
Twitter
Pinterest
WhatsApp
Previous article
England’s thrashing and a tight match for the Netherlands; see statistics and summary of this Monday (21)
Next article
Opinion: Leadership deficit in the face of the climate emergency