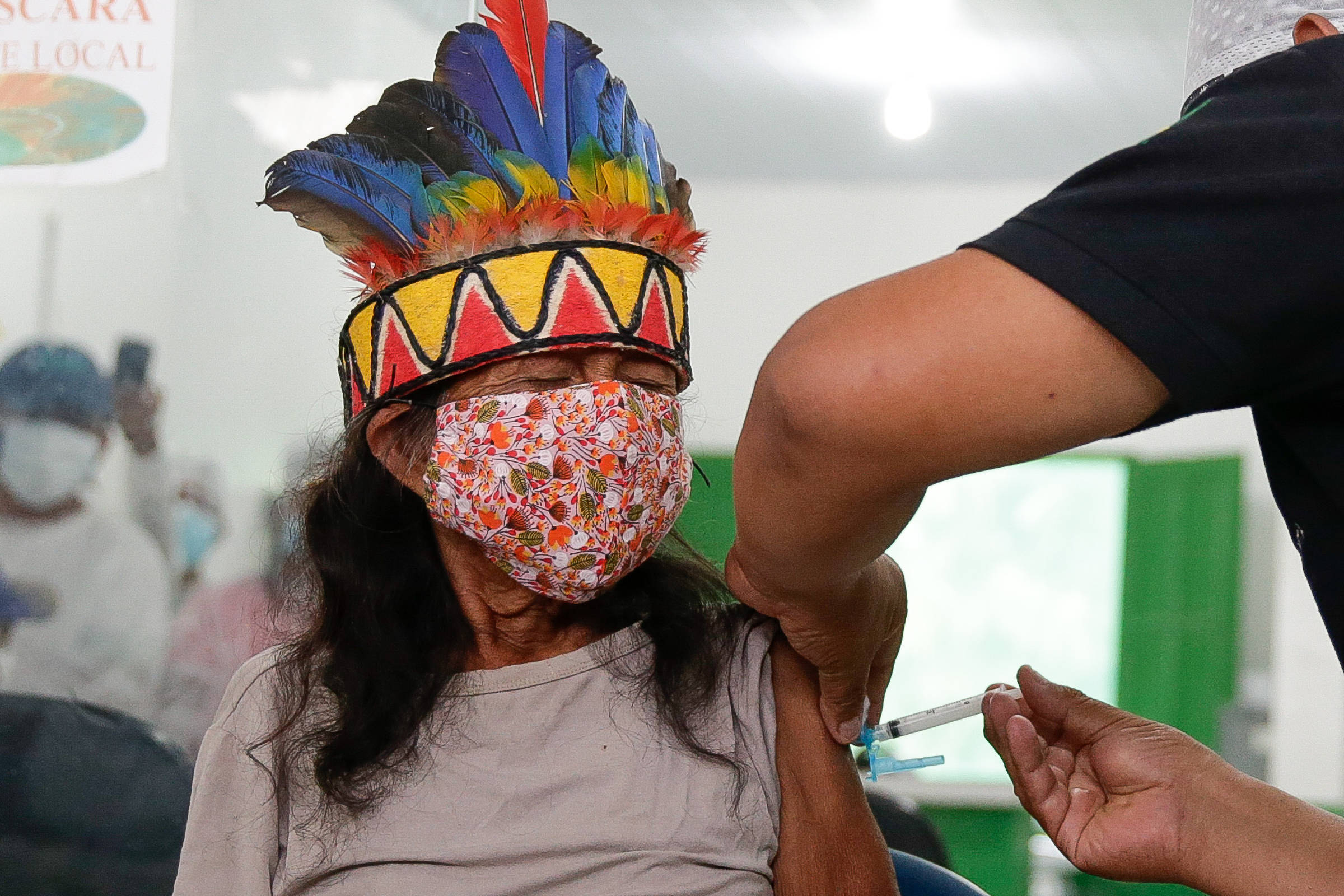 The lack of national coordination in the National Operational Plan (PNO) for the vaccine against Covid resulted in greater inequality between the richest and poorest regions of the country, reveals a new report by Oxfam Brasil.

According to data on vaccination coverage in Brazil, the rate of 90% established as a goal by the Ministry of Health was only reached by the state of São Paulo (91%).

These are also states with a human development index (HDI) below or close to 0.7. An HDI above 0.8 means better rates of life expectancy at birth and schooling, while a value lower than 0.5 is considered lower. The range from 0.5 to 0.7 is considered medium HDI, according to IBGE.

Vaccine coverage data consider only the primary immunization scheme with two doses or a single dose, not counting booster doses.

The report entitled “Inequality in access to vaccines against Covid-19 in Brazil” was released this Wednesday (23) at a ceremony at Abrasco’s Brazilian Collective Health Congress, which takes place between November 21 and 24 in Salvador.

Among municipalities, only 16% reached more than 80% coverage, with the worst performances recorded in cities with low HDI.

In the South region, 30% of the municipalities had more than 80% of the population with a complete vaccination schedule, in the Southeast region 27.2%, in the Midwest 11.8%, in the Northeast 2.7% and in the North region only 1 ,1%.

Brazil is the second country in the Americas in number of Covid cases and deaths, but ranks 15th in vaccination coverage, according to the report.

According to Oxfam Brasil, the negligent and disorderly performance of the federal government, the absence of public information campaigns, inadequate management and the lack of a national strategy between the Union and the states are the main factors that prevented the country from reaching the target. 90% vaccination.

“The lack of coordination by the federal government left everyone to themselves, making the results of vaccination coverage very uneven”, says Jefferson Nascimento, coordinator of the area of ​​social and economic justice at Oxfam Brazil.

For him, the current debate on the distribution of bivalent vaccines, whose use was approved by Anvisa this Tuesday (22) as a booster dose in the population over 12 years old, faces the same dilemma.

In addition to regional inequalities in the distribution of vaccines, the report indicates possible disparities by race and skin color in access to them, but due to gaps in this information in the Health database, it was not possible to measure them, says Nascimento.

“In some states, we reached almost 40% of the registrations without race and color information”, he says.

The same inequalities affected indigenous and traditional populations. In the North region of the country, where there is a greater concentration of indigenous peoples, only 1 in every 100 municipalities (1.1%) reached the vaccination target above 80%.

There are also gender disparities. In all Brazilian states, women were more vaccinated than men. In Maranhão, for example, coverage among women was 68%, while among men it was 61%.

“Denialism has a greater penetration among men. Traditionally, it is the woman who is concerned about the health of the family, who takes the children for vaccination.”

Another factor that may explain gender inequality is the greater representation of women as health professionals, especially in the front line, included in priority immunization groups.

The report concludes, however, that new measures can still be considered to reduce inequalities in the next campaign year, including the adoption of a national strategy with the participation of experts and representatives of society to prepare the National Immunization Plan (PNI), the resumption of the leadership of the Health portfolio in vaccination campaigns and the implementation of initiatives to promote research focused on collective health, including the national policy for the integral health of the black population.

Oxfam is a non-governmental organization that works in more than 90 countries, including Brazil, with the aim of reducing inequalities, poverty and injustice.