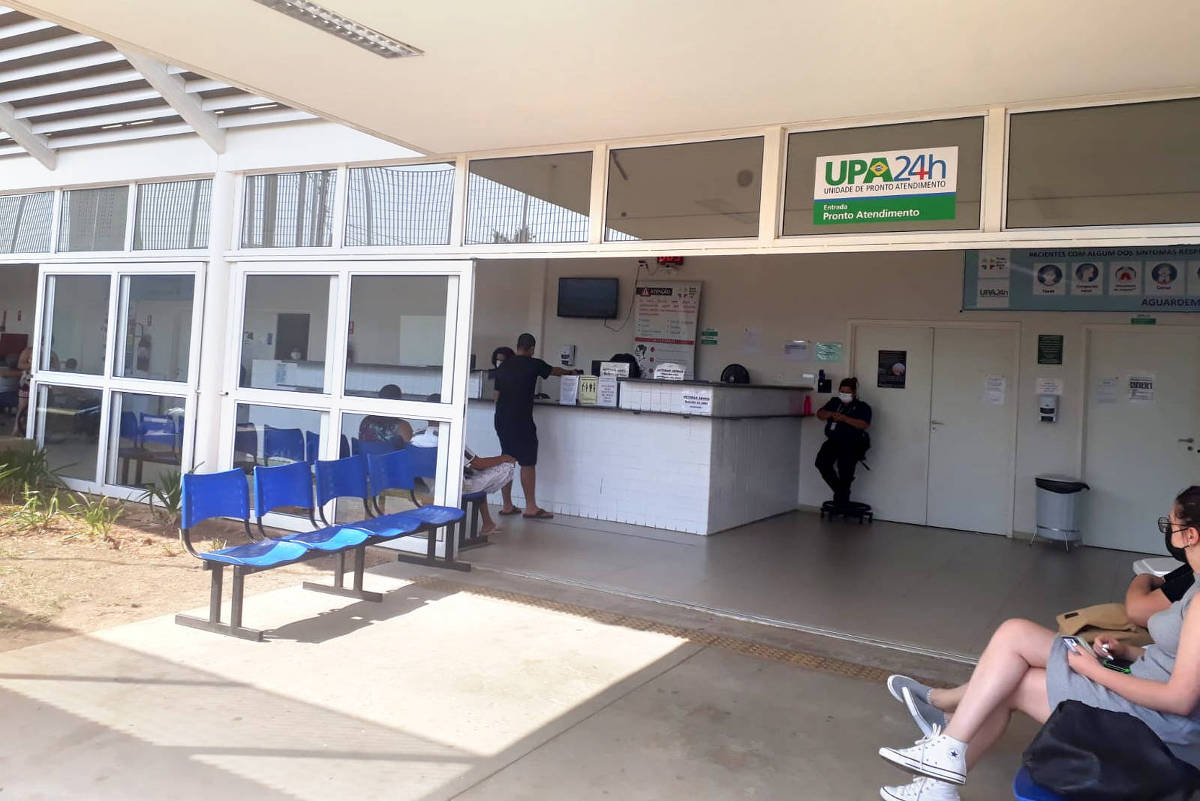 The new wave of Covid has put cities in the interior and coast of São Paulo on alert. Children and adults without complete vaccinations are the main concern.

In Campinas, the UPA (Service Unit) Carlos Lourenço started operating this Friday (25) as a field hospital. In Santos, since last Wednesday (23) the testing center in the Portuguesa Santista gym has been reactivated.

In São José do Rio Preto and Ribeirão Preto, the use of masks in closed or crowded places was once again strongly recommended by city halls.

The state government and the São Paulo City Hall will resume the mandatory use of a mask in public transport starting this Saturday (26), due to the increase in the number of cases of Covid-19. The Rodrigo Garcia (PSDB) management recommends that the measure be adopted by all São Paulo municipalities.

The government said that, in addition to the high already installed in the capital, “there is an increase in the interior, with growth in new hospitalizations and occupation of ICU beds in the regions of the interior and coast of São Paulo” and that the number of health professionals is growing away from work due to illness.

The UPA in Campinas will have 23 exclusive beds for Covid, 18 of which will be in the infirmary, two in isolation and three with respiratory support for emergencies.

The city has seen an increase in mild Covid cases this month. From October 30th to November 5th, 434 cases of the disease were registered in the city, but in the following week, from November 6th to 12th, there were already 799 positive cases (an increase of 84%).

The return of the unit as a field hospital is a preventive measure, in order to guarantee infirmary beds if the trend of increasing hospitalizations continues.

Andréa von Zuben, director of the Department of Health Surveillance (Devisa) in Campinas, alerts to the fact that Covid should no longer disappear and it is necessary to be attentive to the effects of the emergence of new variants and subvariants.

“We are experiencing a new wave, with a large increase in the number of cases. Most are mild, but what contributes is being vaccinated and having a complete schedule so as not to be hospitalized. And there will always be that 1% that will get more serious”, he says. Von Zuben.

Anyone over 60 or with comorbidities such as diabetes and heart problems, for example, has an increased risk of having a more problematic condition and should protect themselves by wearing a mask. Sick people should also use face protection so as not to expose others to risk.

“Children are getting sick from Covid, 50% of hospitalizations are children, and this has to do with low vaccination coverage. If you have a vaccine, vaccinate your child”, completes Von Zuben.

In Campinas, in addition to the low adherence to booster doses of the vaccine against Covid, the increase in the number of tests with positive results for the disease and the number of respiratory symptomatic cases in the public network were considered for the resumption of the hospital.

Another factor was the hospitalization of adults and children with Severe Acute Respiratory Syndrome (SARS) in public and private hospitals.

About 75% of those hospitalized in the municipality are people who have not taken the booster dose of the vaccine. This week, the virus transmissibility rate (Rt) surpassed number one in the city – each individual infected with the virus can infect more than one person.

São Paulo and Campinas adopted the measures based on the reports of their scientific councils for monitoring and coping with Covid cases.

The state government highlighted that “it is essential that the population has the complete vaccination cycle” and that “the only way to mitigate the effects of the virus is to guarantee immunization with the doses that are available in all health posts in the State”.

In Santos, the city hall said that the testing center was reopened to expand access to rapid tests.

On the first day of operation, in just six hours, 483 people took the test and 160 had a confirmed positive result, which means 1 in 3 symptomatic people who sought the space. The service operates from 8 am to 2 pm.

“In recent weeks, the State of São Paulo has shown a significant increase in the transmission of Sars-Cov-2, which is mainly reflected in the indicators of hospitalizations”, says the note published last Tuesday (23) by the state.

The speed of this increase (5% per day for ICU patients and 7% per day for patients in wards) and ICU bed occupancy rates (44% in the state of São Paulo and 59% in the metropolitan region of São Paulo) begin putting pressure on public and private health systems.