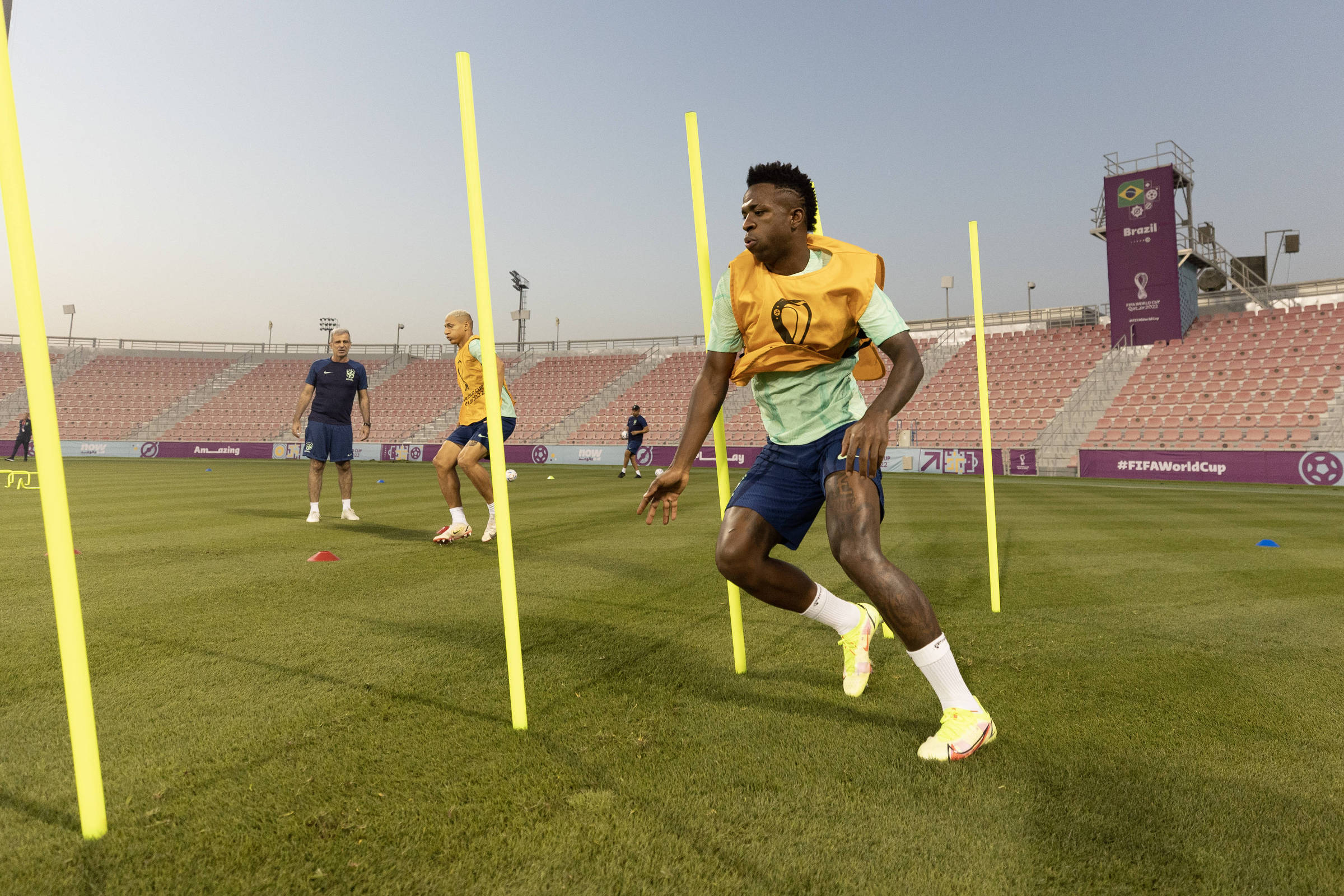 “Train for what, if I already know what to do?”

In Romário’s mockery, the tacit belief is that athletic preparation would be a need for the least virtuous; the genuine “boleiro”, less given to training, would suffice in the cradle talent.
But does modern football still support such a baller? By analyzing the physical demands of the modality, we may come to a conclusion. I therefore invite you, dear reader, to take a simple journey through sports science.

We will make use of the advanced technologies for monitoring players during a football match —such as GPS and high-speed cameras—, which allow a detailed analysis of various aspects of the game.

Thanks to them, we know that an outfield player who plays at a high level covers, on average, 10 to 13 km per game. Comparatively, in basketball and American football games, the distance traveled is around 4 and 2 km, respectively.

It is quite true that a good part of the movement in soccer is done walking or light “trotting”. However, actions of very high intensity are the most decisive in football: a sequence of dribbling, a dash towards the goal or a fast run to steal the ball from the opponent. In fact, elite players execute 58% more power shots —or explosion, as they say—than the most ordinary ones.

During the match, top-level soccer players perform 150 to 250 of these sprints, covering a total distance of 2.4 km, at an impressive average speed of 21 to 24 km/h (in the first game of the Cup, Vini Jr. . surpassed the mark of 33 km/h in some shots).

And let’s not forget about 700 changes of direction, 36 jumps, 15 headers and 110 variable actions in possession of the ball that a player is able to perform during the event. Naturally, these numbers vary considerably according to the position occupied in the field. Midfielders have the highest physical demands; goalkeepers, the minors.

All this effort poses a profound challenge to body homeostasis. The heart rate of the players reaches 98% of the maximum values; body temperature varies between 39 and 40ºC; catecholamines —hormones that stimulate the breakdown of fat for energy replacement— skyrocket; and even so, the stock of the main “fuels” for muscle contraction (sugar and creatine) gradually and relentlessly drops.

As a result of energy depletion and the metabolic chaos imposed by tremendous physical exhaustion, almost always at the end of the match —but occasionally, also in intermediate moments disputed with greater intensity— the body responds with a drop in performance. It is the so-called fatigue, which has its most emblematic (and painful) version in the athlete who writhes in a cramp.

In a modality that evolved with such demand for athletics, there wasn’t much room left for yesterday’s baller. In the absence of adequate preparation —which consists of dedicated training, good nutrition, rest and some degree of renunciation of life’s pleasures— it is highly unlikely that a player will emerge at a high level.

There will always be, however, a Romário to contradict me. Fortunately…