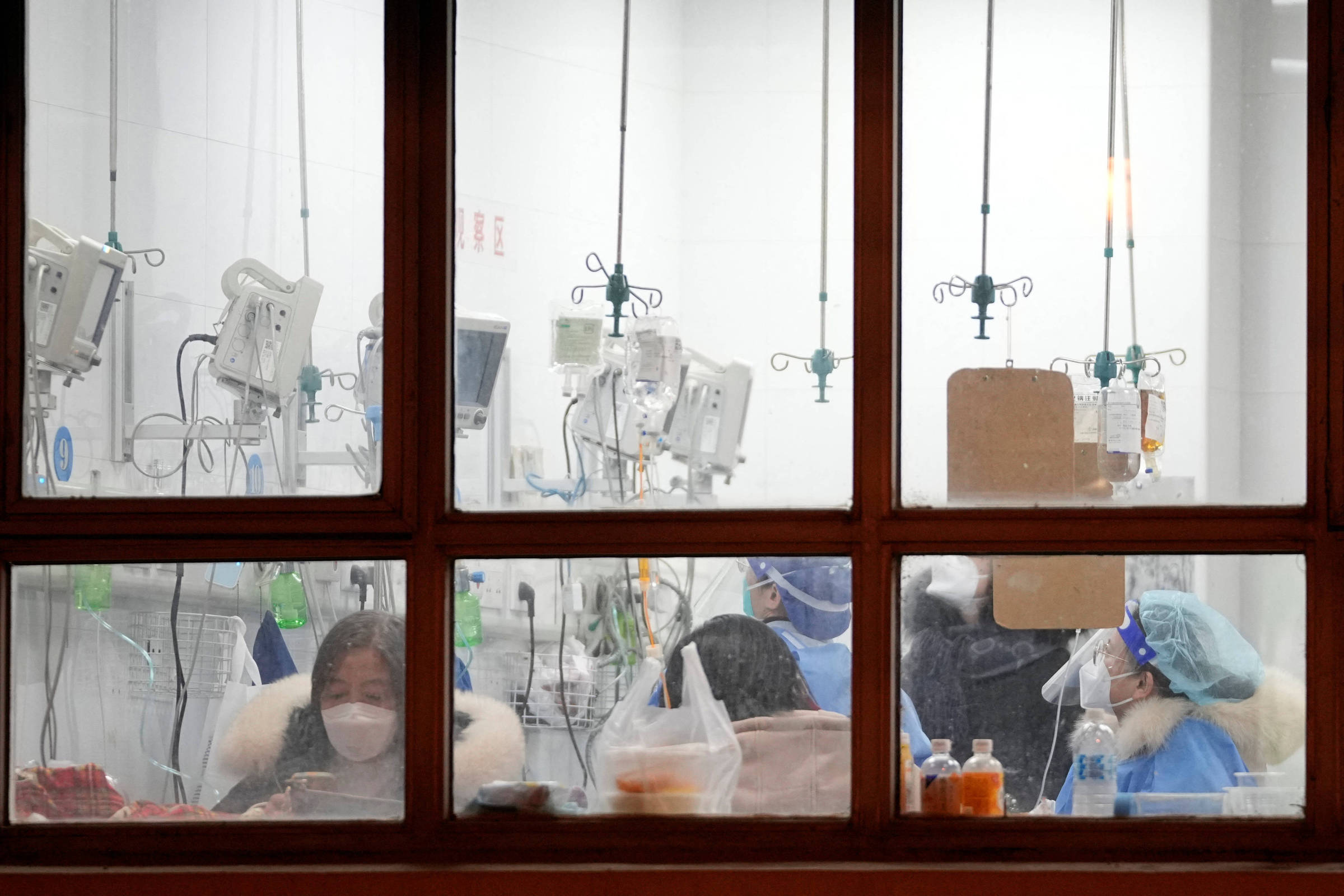 A projection by UK-based biotechnology analysis and consultancy Airfinity suggested on Thursday (22) that the daily death toll from Covid in China, which is facing a peak in cases of the disease, could reach 5,000.

The figure differs – and a lot – from the figures presented by health authorities of the Chinese regime and is almost equivalent to the sum of all deaths from the coronavirus that the country says it has accumulated since the beginning of the health crisis, three years ago: 5,241.

Airfinity explained that it used an analysis based on Chinese regional data to project the numbers, which also suggest that the daily volume of new infections exceeds 1 million, while official figures report only 2,966 new cases in the last Wednesday (21), for example.

According to the regime, this Wednesday was the second day in a row without records of deaths from Covid in the country. Still, reports from funeral home workers point out that demand for their services has increased sharply since last week.

China has recently changed its definition of deaths from Covid, which has led to a drop in the number of deaths. As explained by a member of the National Health Commission (CNS), only cases of people who died of respiratory failure or pneumonia after receiving a positive diagnosis for the virus would enter the account.

Thus, those who were presumed dead from other conditions even though they had coronavirus are no longer counted in the country’s official Covid death toll.

The Chinese health sector did not respond to a request for clarification made by Reuters agency after the Airfinity projection was released.

Also on Wednesday, Mike Ryan, head of emergencies at the World Health Organization (WHO), said that the data reported by China may be short of reality. “I wouldn’t want to say that China is not telling us what’s going on. I will say that they are late,” he said.

In Chinese state vehicles, such as the Global Times, the discourse prevails that the mechanisms implemented by the regime make the new Covid outbreak something “highly controllable”.

“Since China optimized its response to Covid, some Western media have been engaged in publicizing the ‘increase’ in deaths and serious cases”, says a text published by the newspaper on Thursday. “However, statistics released by the authorities refute these reports and show that the epidemic situation in China is manageable.”

Still according to Airfinity projections, from 1.3 million to 2.1 million people could die during the current Covid outbreak in the Asian giant. The daily number of new cases is estimated to peak at 3.7 million in mid-January and 4.2 million in March.

Currently, the main concerns are the country’s capital, Beijing, and the southern province of Guangdong, says the company.

The Chinese regime, led by Xi Jinping, relaxed restriction measures to contain Covid, dismantling its controversial Covid-zero policy, after an unusual series of protests gripped the country in November. The country has halted mass street testing campaigns and reduced areas subject to lockdowns.