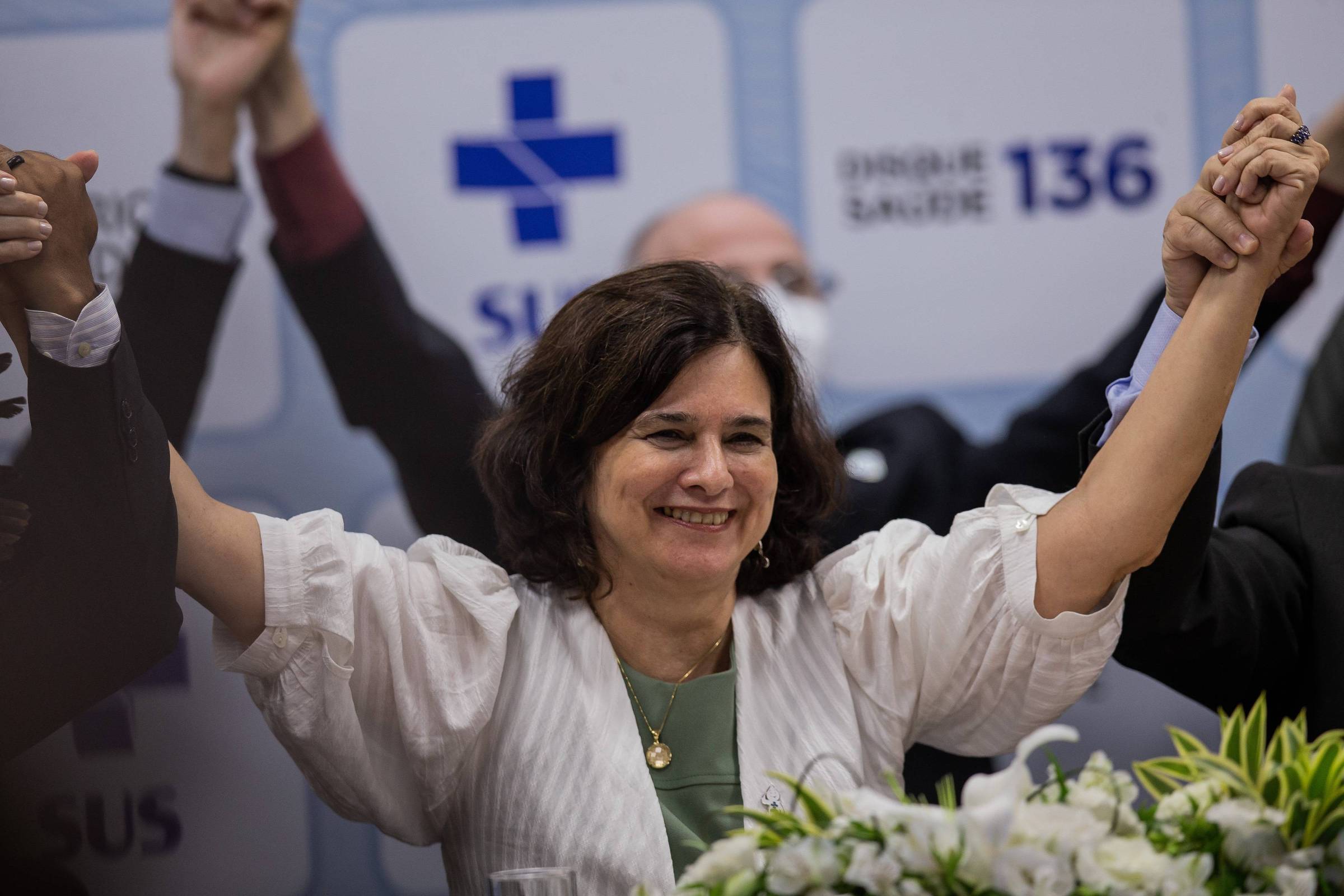 Sociologist Nísia Trindade took office as Minister of Health this Monday (2). She stressed the importance of the vaccine and teamwork. “We have a lot of conviction in the protection of vaccines and I remind Brazilians to complete the vaccination schedule”, she said.

Nisia highlighted the importance of an autonomous policy in local production, and said that queue damming has to be a public sector agenda. In addition to highlighting the importance of resuming vaccination coverage and the immunization program.

“President Lula has reiterated his concern with delaying exams, elective surgeries and various procedures. This has to be an agenda for the state, society and academia. Likewise, alongside the ministries of the economic area, we will be working to strengthen local production and the health economic-industrial complex”, he said.

“During the government that ended yesterday and brought us a period of obscurantism of denial of science, culture, values ​​that I don’t even like to call civilizing. In the tradition of Paulo Freire pedagogy, which I like to call anticipatory values, I want to call attention to the importance of working the relationship between religion and science, religion and society in a different way”, he said.

Nísia Trindade Lima is the first woman to hold the position in the portfolio’s nearly 70-year history.

She enters at a time when the transitional government sees a historic dismantling of the SUS, with a loss of resources, a drop in vaccination coverage and a lack of coordination with states and municipalities.

Graduated in social sciences, master in political science, doctor in sociology, Nísia assumed the presidency of Fiocruz in 2017. She has been a servant of the foundation since 1987.

Elected with 60% of the votes of Fiocruz workers, researchers and professors, she was the first woman to preside over the centennial institution, a reference in science, public health and health technology in Latin America.

During the event, she spoke about the new structure of the Ministry of Health. Such as Sheet anticipated, a new secretariat was created in the Information and Digital Health folder. With that, Datasus (SUS’s information system) would be directed to the new area.

The STD, AIDS and Viral Hepatitis surveillance department, the Immunization department and the Mental Health department will also be created.

During the inauguration, Fiocruz’s deliberative council paid homage to Nísia. “It reinforced gender and race equity in our institution, ” said Marilda Souza Gonçalves. “We are sure that the Ministry of Health is receiving a gift, a treasure, take good care of it”, she reinforced.

SEE THE NEW SECRETARY OF THE MINISTRY OF HEALTH

Swedenberger do Nascimento Barbosa, advisor at Fiocruz-Brasília and professor at the Fiocruz Government School (EGF) in specialization courses in collective health and professional master’s degree in public health policies.

Secretary of Information and Digital Health

Ana Estela Haddad, full professor at the Department of Orthodontics and Pediatric Dentistry at the Faculty of Dentistry at USP.

Nésio Fernandes, president of Conass (National Council of Health Secretaries) and Secretary of Health for the government of Espírito Santo.

Secretary of Health and Environment Surveillance

Ethel Maciel, professor at the Department of Nursing at the Health Sciences Center at Ufes (Federal University of Espírito Santo).

Helvécio Miranda, physician, was national secretary of Health Care during Alexandre Padilha’s (PT) administration at the Ministry of Health.

Secretariat for Management of Work and Education in Health

Isabela Pinto, professor at the Institute of Collective Health at UFBA (Federal University of Bahia).

Secretariat of Science and Technology and Strategic Inputs

Carlos Gadelha, doctor in economics from UFRJ (Federal University of Rio de Janeiro), was vice president of Fiocruz and served in ministries of Lula and Dilma Rousseff (PT)

Weibe Tapeba, coordinator of the Federation of Indigenous Peoples and Organizations of Ceará

Facebook
Twitter
Pinterest
WhatsApp
Previous article
Why some of us get sadder and melancholy at the end of the year
Next article
Gtt: Ends its activities in Russia