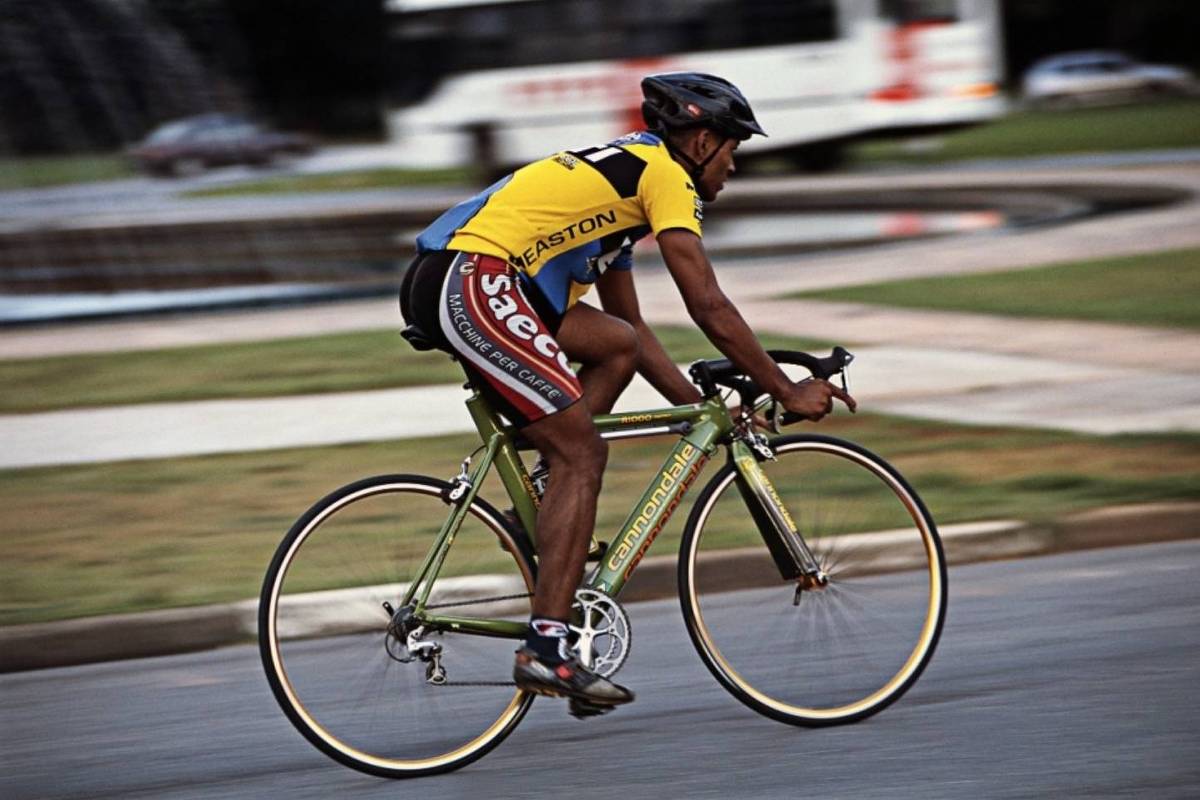 Exercise is beneficial even in a polluted environment, study shows

Many recent studies suggest that the practice of resistance exercises in polluted environments can produce undesirable effects on human health. But a work recently published in the American Journal of Physiology by scientists from the Study Group on Aerobic Performance at the Faculty of Physical Education and Sports at the University of São Paulo points out that, perhaps, this is not true for practitioners who are already used to vehicle pollution.

The team evaluated ten male recreational cyclists, most of them used to training on a bike path and inside the Campus of the University of São Paulo, where Cetesb (Environmental Agency of the State of São Paulo) reports levels of vehicle pollution that exceed the annual limits imposed by the WHO (World Health Organization).

Contrary to what was expected, they found that markers of inflammation in the blood of these cyclists – such as interleukins 6 and 10 (IL-6 and IL-10)– did not change. And, on the other hand, it increased the blood level of the BDNF protein (or “brain-derived neurothophic factor”), related to the benefits of exercise for the neuroplasticity of the brain.

From these results, the researchers formulated another hypothesis: that there would be a certain type of acclimatization of these individuals to the polluted environment. After all, they are residents of São Paulo and are used to training in an open environment. “Thus, we can say that, in this case, the benefits of exercise outweigh the deleterious effects of the polluted environment”, summarizes André Casanova Silveira, first author of the article.

He explains that the group started from two studies published by professor Rômulo Bertuzzi, coordinator of the Aerobic Performance Study Group, in which a constant load exercise model was used with physically active people. In these studies, Bertuzzi noticed that there was an increase in inflammatory markers in practitioners after 60 minutes of exercise.

“However, constant load exercise models do not evaluate performance, they do not mimic sports performance well, they are very different from a test. Thus, we idealized an experiment with a long duration exercise, which exceeded 60 minutes and mimicked a competition.”

The study was supported by FAPESP through a doctoral scholarship in Brazil granted to Silveira.

The experiment was carried out in a chamber located in the parking lot of FM-USP (Faculty of Medicine at USP), on Avenida Doutor Arnaldo, in São Paulo, 20 meters from the edge of the street and 150 m from an intersection with busy traffic. The chamber was designed by Professor Paulo Saldiva’s group (FM-USP), with whom Bertuzzi collaborates.

The cyclists simulated participation in a 50 km race (about an hour and a half of exercise), against the clock. “We put the individual’s bike on the roller and he did a virtual reality circuit. It’s a simulated competition, he sees a track on the computer. The track has a certain pressure, it’s like he’s pedaling on the street. He can control the intensity and change gears.”

The chamber has two ducts through which air from the street enters, which is thrown into the cabin with the help of a pump. There is also a system for filtering particulate matter, in addition to chemical filters to rid the air of formaldehyde, hydrogen sulfide, sulfur dioxide, nitrogen oxide (NO), nitrogen dioxide (NO2) and other gases that could enter the chamber. “But the marker in our study is particulate matter, which is also what is most used in the literature.”

The cyclists performed the circuit on two different days, with an interval of at least 48 hours. Randomly, they performed the test either in a polluted environment (without a filter) or in an environment with filtered air. “Pollution mimics a more real situation. Previous studies use a diesel engine to mimic pollution, but it generates a very high concentration of particulate matter, and is not mixed with anything else. In our case, it is real pollution, which It’s coming from the street.”

All tests were performed with room temperature control (20ºC to 24ºC) and two hours after the last meal. Data collection took place in 2019, before the Covid-19 pandemic, between 10 am and 4 pm. Inflammatory markers IL-6, C-reactive protein (CRP), IL-10 and intercellular adhesion molecule-1 (ICAM-1) and neuroplasticity (BDNF) were measured in blood samples collected before and after the 50 km.

The team concluded that there were no significant differences between the experiments carried out under different conditions for the responses of IL-6, CRP and IL-10 markers. However, the test performed under the effect of vehicle pollution caused an increase in BDNF levels induced by exercise, as well as a reduction in ICAM-1 levels.

“The increase in BDNF levels promotes the growth and proliferation of cells in the hippocampus [fenômeno ligado à formação das memórias e associado ao aprendizado e às emoções]. BDNF is also involved in neuronal differentiation, plasticity, cell survival and learning. This increase in BDNF levels that we diagnosed in a polluted environment was the most curious result of our work, because the literature says that exercise in a polluted environment would suppress the expression of this protein. In the future, in addition to measuring BDNF, we also want to carry out cognitive tests to see if there is a correlation between exposure to pollution and performance and cognition, which we ended up not doing this time”, reveals Silveira.

ICAM-1, on the other hand, is an adhesion molecule (which allows the connection between cells) related to inflammatory processes. “At the beginning of the inflammation process there is an increase in ICAM-1 because it is what binds macrophages (immune system cells) to injured cells. It is an early marker of inflammation, it indicates the inflammatory state right at the beginning. In our experiment, if we had observed an increase in inflammation due to pollution, ICAM-1 could have been well expressed in the test done in a polluted environment, and that is not what happened. But there is too little in the literature for us to know. discuss ICAM-1 and the results related to it, still.”

Silveira states that the team imagined that there would be damage to the cliclist’s performance because they assumed that, in a polluted environment, there would be an increase in the subjective perception of effort. “In the competition, the participant has control over the intensity of the exercise through the subjective perception of effort and makes adjustments throughout the race based on that. I imagined that we would have an increase in this perception of effort in the polluted environment caused by the subjective symptoms of pollution (eye burning , runny nose) and this would impair performance, but this was not confirmed. Another surprising point was that of inflammatory markers because, as we had previous studies of the group showing that after 60 minutes there was an increase in these markers, we imagine that in a long-term race, with higher intensity compared to the constant load test, there would also be an increase. Seeing no difference in these markers was surprising.”

According to him, the biggest conclusion of the work is that exercise is good even in polluted environments, for people adapted to this type of environment. “In my post-doctorate, submitted just now, I intend to make a distinction and separate the groups less and more exposed to pollution. I want to make this comparison to find out if the level of previous exposure somehow interferes with inflammation, cardiovascular adaptations and the exercise.”