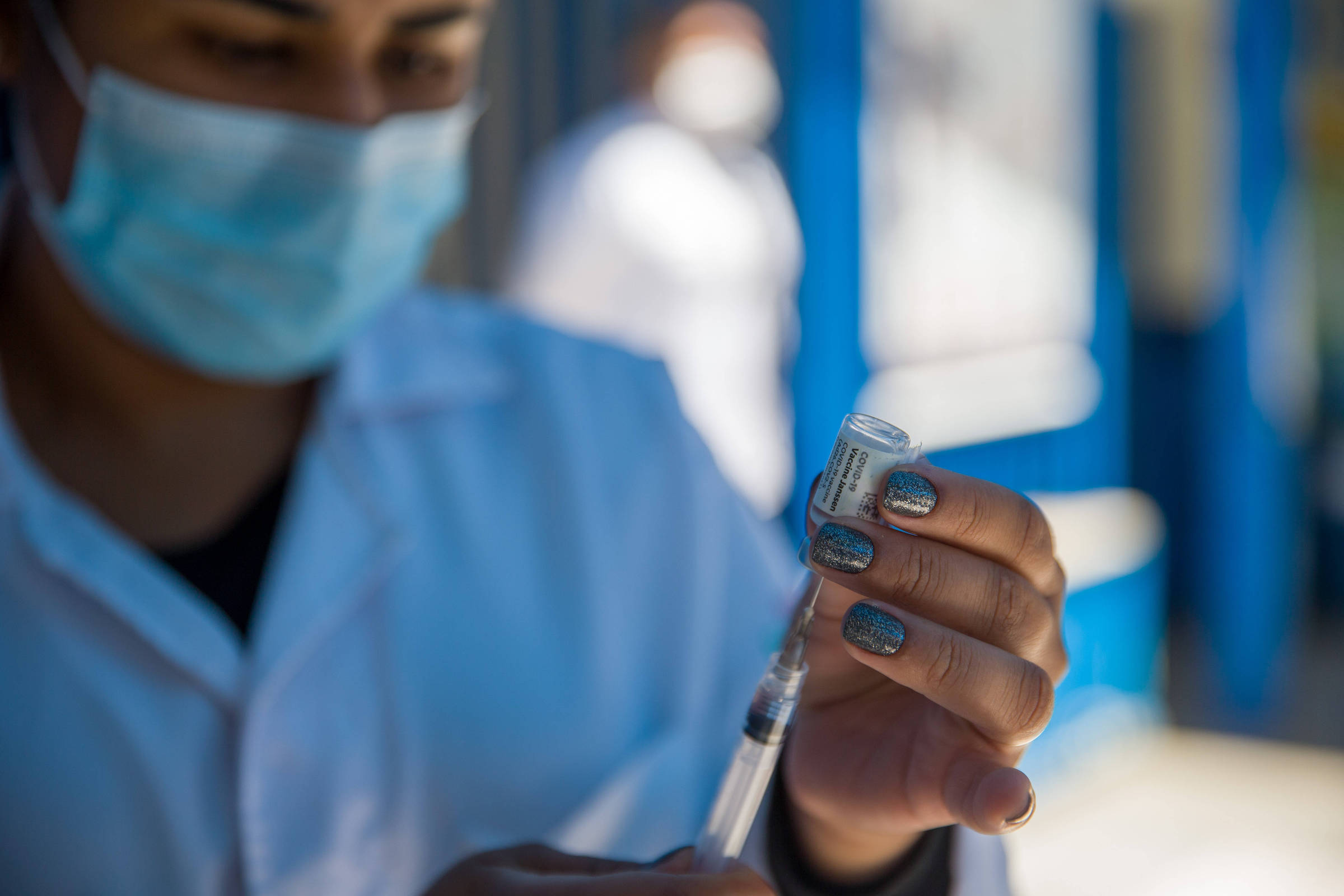 Population diverges on mandatory vaccine against Covid, points out survey

A survey carried out last November with 1,200 Brazilians found that 45.9% of participants believe that vaccines against Covid-19 should be mandatory. For those who think otherwise, the percentage is little different: 46.8%.

The survey is the result of a partnership between Sou_Ciência, a study center based at Unifesp (Federal University of São Paulo), and the Ideia Big Data Research Institute.

In the country, the non-vaccination of minors can, for example, result in sanctions for those responsible and even loss of custody.

By law, schools are obliged to demand a vaccination record from children and adolescents upon registration. They, however, cannot refuse to receive students who have not been vaccinated — in this case, they must contact the Tutelary Council or other control bodies.

For Soraya Smaili, former dean of Unifesp and one of the coordinators of Sou_Ciência, the survey data is a warning. “This data is worrying, because it indicates that the issue of considering the vaccine as an individual right has gained a little more space […] mainly in the second half of 2022.”

Smaili says that there was a greater tendency to accept the vaccine as mandatory based on data collected in other surveys, such as one also carried out by Sou_Ciência and Ideia Big Data in 2021. According to her, with the cooling of the pandemic, people started to see Sars -CoV-2, the virus that causes Covid-19, I eat lighter, which decreases the sense of risk in relation to the pathogen.

However, it was precisely the vaccination that reduced the severity of the infection. “Today, having this number means that people think that the virus has turned into something lighter, but in fact it was the vaccine that protected from the more serious disease”, he says.

Conducted with Brazilians over 16 years of age from all regions of Brazil, the survey has a 95% confidence level, with a margin of error of plus or minus 2.8 percentage points. In addition to the data on the mandatory vaccine, another that worries Smaili is the degree of confidence in the effectiveness of immunizers.

The opinion of 30% of respondents is that vaccines against Sars-CoV-2, the virus that causes Covid-19, still lack scientific evidence. On the other hand, 52% are confident in the effectiveness of the drugs.

For Smaili, the percentage of people with doubts about the immunizer is involved with the lack of information campaigns coordinated between federal, state and municipal bodies. Without proper planning, the population does not fully access quality information about drugs. The scenario still causes more fertile ground for disinformation, such as those propagated by anti-vaccine groups.

“if [as campanhas] are not happening, certainly a portion of the population will not even become aware of the harm of not taking the vaccine”, he says.

Distrust of vaccines, however, has no scientific support. Numerous studies have already demonstrated both the safety of vaccines and their effectiveness, especially in reducing severe cases of Covid-19. An estimate published in the journal Lancet Infectious Diseases, for example, estimated that between December 2020 and December 2021, drugs prevented the deaths of nearly 20 million people.

Chloroquine was widely advocated by former President Jair Bolsonaro as an early treatment for Covid-19, even without evidence of the drug’s effectiveness for the disease. Over time, this misinformation became rare in the social media posts of the former president and his three children, Flávio, Eduardo and Carlos.

Even so, the idea that chloroquine has action against Sars-CoV-2 remains high in part of the Brazilian population. In the new survey, 35% of participants agreed that the drug, in conjunction with hydroxychloroquine, was useful for treating the infection early. On the other hand, 41% disagreed with the statement.

Smaili says that the persistence of confidence in this medicine and also in others, such as azithromycin, is linked to the fact that many doctors continue to prescribe these medicines.

Scientific evidence, however, already reveals that this has no scientific support. “Chloroquine has been tested on patients with Covid and has produced nothing. […] On the contrary, there are studies that showed that chloroquine accelerated cardiovascular damage.”