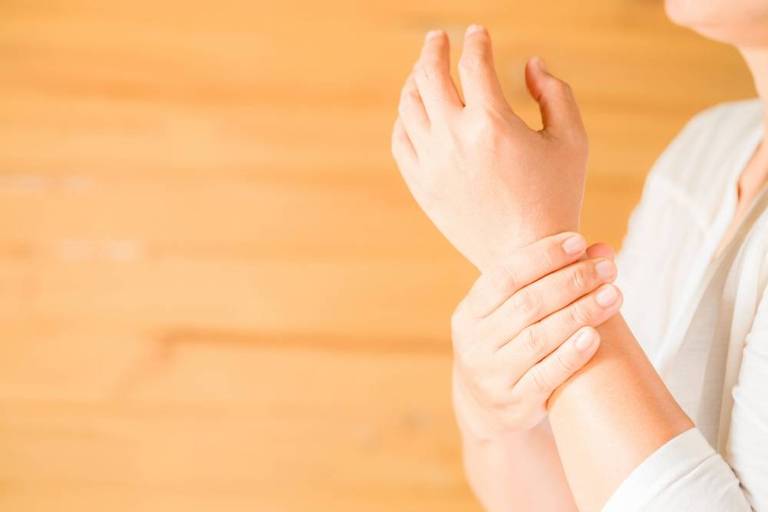 Neuropathic pain is a type of chronic pain resulting from damage to the nervous system caused mainly by metabolic diseases such as diabetes and arthritis, or by side effects of some types of chemotherapy. It is estimated to affect between 3% and 15% of the population, depending on the country, and there are no specific medications to treat it – the drugs currently used were developed for other conditions, such as epilepsy and depression.

Now, after more than a decade of studies, a group of Brazilian scientists has managed to unravel a mechanism linked to the development of this type of chronic pain. With this, a new phase of research has opened, in which it will be possible to seek drugs capable of acting in this metabolic pathway and chart a path for targeted therapies.

The study revealed the role of dendritic cells (which are part of the immune system) present in the membranes that cover the central nervous system (the meninges) in the development of neuropathic pain by increasing the kynurenine metabolic pathway.

Responsible for the metabolism of tryptophan —an essential amino acid in the production of vitamin B3—, this pathway plays an important role in various physiological processes in the human body, such as the organization of the immune response. Other works have already linked the increase in kynurenine production to the development of depressive symptoms and psychiatric disorders, for example.

In research, scientists found that neuropathic pain is abrogated when the kynurenine metabolic pathway initiated by an enzyme called indoleamine 2,3-dioxygenase (IDO1) is disrupted either genetically or through a drug.

“It was a very long job because we always seek to go deeper and deeper to better understand the mechanisms that were behind it. The study required important national and international collaborations, such as that of Professor Andrew Mellor [da Georgia Regents University], one of the leading experts on IDO in the world. With the results obtained, we opened the prospect of developing new compounds to block this pathway. We believe that its inhibitors may play an important role in controlling this type of pain”, says Thiago Mattar Cunha, professor at the Faculty of Medicine of Ribeirão Preto, University of São Paulo (FMRP-USP) and study advisor, whose first author is Alexandre Maganin.

The research was published in the scientific journal The Journal of Clinical Investigation and received support from Fapesp through a Thematic Project and the Center for Research in Inflammatory Diseases (CRID) —a Research, Innovation and Dissemination Center (CEPID) of FAPESP based in FMRP-USP. Researchers from the Faculty of Pharmaceutical Sciences of Ribeirão Preto (FCFRP-USP) and the University of Texas Health Science Center also participated.

According to Mattar Cunha, the discovery opened a new area of ​​work, not yet explored, focused on analyzing the role of the meninges in the context of pain.

The involvement of the kynurenine pathway (whose formation depends on some enzymes, mainly IDO1) with pain had already been demonstrated. As IDO1 is induced during pathological processes, mainly inflammatory ones, by pro-inflammatory cytokines, the researchers hypothesized that this neuroinflammation occurring during the induction of neuropathic pain could increase IDO, raising the levels of these neurotoxic or neurostimulating metabolites.

“We used several tools to prove and elucidate whether these enzymes and products really had a role in this type of pain. We used mouse models and demonstrated that animals deficient in these enzymes or their inhibitors are capable of reducing neuropathic pain. we try to understand the mechanism”, details Mattar Cunha.

The group used a model of neuropathic pain induced by peripheral nerve injury, in addition to the activation of microglial cells in the spinal cord (a type of cell in the central nervous system that acts in immune responses). In the medulla, kynurenine was metabolized by astrocytes (nerve cells that support neurons) and there was also glutamatergic receptor activation.

“We showed for the first time that, when there is a lesion in the peripheral nerves, there is infiltration of immune cells in the meninges that cover the spinal cord and in the ganglia of the dorsal roots, which produce mediators that will cause or maintain pain hypersensitivity. production of IDO1 and its metabolites. We demonstrate that these metabolites come mainly from dendritic cells, present in the meninges, causing hypersensitivity and amplifying the glutamatergic pathway, whose receptors play an important role in chronic pain”, details the researcher.

According to Mattar Cunha, although the study was carried out with models of pain caused by physical trauma (crushing or rupture of a ligature), the mechanism is similar in other neuropathic conditions, such as infectious diseases caused by viruses such as HIV.

The group of researchers is now seeking partnerships with pharmaceutical companies or other centers for collaboration in the stage of studying molecules or drugs that may act in the mechanism and inhibit neuropathic pain.

At the end of last year, an article published in Nature Neuroscience by CRID scientists, including Mattar Cunha, and researchers from Harvard University (United States) showed that a non-lethal component of the anthrax toxin has high analgesic power and can act directly on signaling neurons. pain, including neuropathic pain.

The anthrax toxin is derived from Bacillus anthracis bacteria, which develop spores when subjected to hostile environments that can cause skin ulcers and respiratory problems in exposed individuals, leading to death within hours. The research concluded that, by binding to a receptor on these neurons, this piece of anthrax can be used as a carrier capable of taking other analgesic substances to neuronal cells (read more here).

The article Meningeal dendritic cells drive neuropathic pain through elevation of the kynurenine metabolic pathway in mice can be read here.

“Vitamin vape” has no scientific evidence and is prohibited by Anvisa