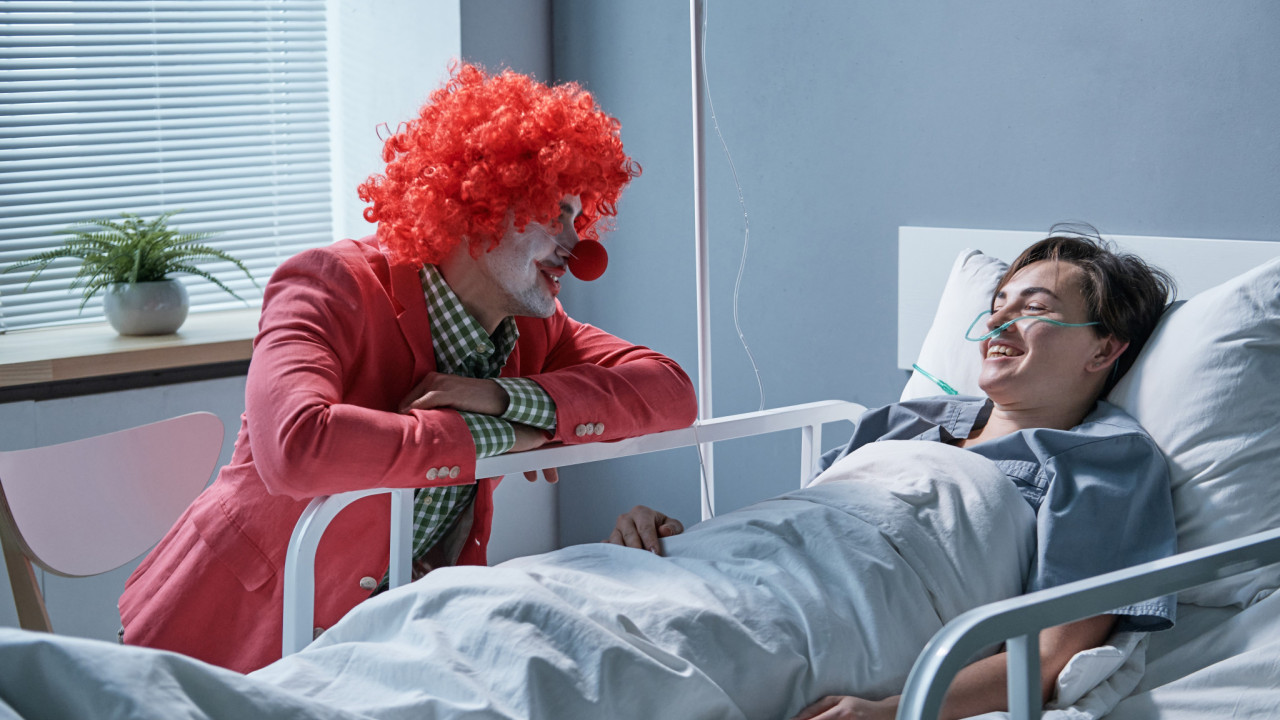 The medical clowns – who visit mainly children’s hospitals – are not helping themselves patientsbut also parents and doctors in achieving their therapeutic goals, beyond of course the entertainment they provide, shows an Israeli scientific research, the most comprehensive of its kind to date.

Researchers from the Tel Aviv University School of Medicine and the Israel Medical Simulation Center, led by Professor Orit Carnielli-Miller, who made the relevant publication in the journal “Qualitative Health Research”, concluded that the contribution of medical clowns extends beyond the pleasant mood they create in a clinic.

Medical clowns – also known as hospital clowns and clown doctors – are trained professionals who aim to change the hospital environment for the better through humor. Previous studies have shown that the action exerts them positive effectamong other things helping to deal with the pain of patients, especially children and adolescents.

The new research distinguishes 40 different skills of medical clowns that contribute to healing, such as helping the patient to express his difficulties and complaints to the doctors, to adhere more faithfully to the necessary pharmaceutical and other treatment, to distract his mind from the pain and anxiety, to create an atmosphere of joy and play in the hospital room, etc. When the clowns work together with the rest of the medical team, then the effect is even more targeted.

As Dr. Carnielli-Miller said, “from the moment they walk into the room, clowns create a bond with patients, stimulating them and giving them power and status within the medical system…The medical system is hierarchical and it’s not always easy for patients to deal with. One of the abilities of medical clowns is to put themselves in the lowest position within the medical environment and, in doing so, give more authority to patients, more power and control.”

Also, clowns are aware of the emotional difficulties involved for patients (and not only) staying in the hospital and experiencing their illness. Their main goal is to distract patients from their problems, as well as to direct any aggression or complaints that would otherwise be aimed at medical staff and parents onto the clowns themselves. The use of imagination, jokes, touch, music, empathic listening, etc. aim to create an environment where the patient can express his positive or negative feelings.

The researchers point out that the contribution of medical clowns, which could be exploited more, has not been widely perceived and accepted. In Israel, the non-profit organization “Dream Doctors Project” has been created since 2002, which employs medical clowns as part of the paramedical system in Israeli hospitals.

Facebook
Twitter
Pinterest
WhatsApp
Previous article
The importance of the doctor-patient relationship in the treatment of varicose veins
Next article
Pavlakis to SKAI about “Kraken”: It is a very dangerous strain – Everyone is at risk