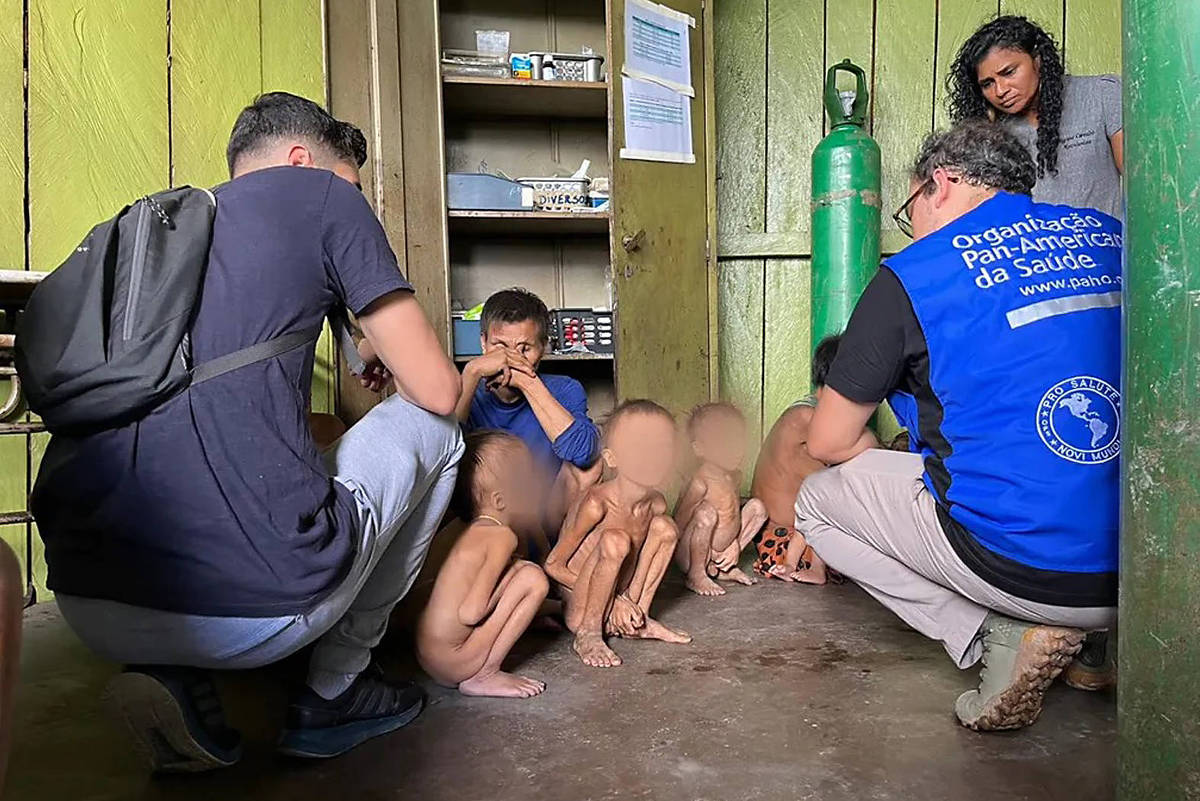 One third of the preventable deaths of Yanomami children up to five years of age were caused by pneumonia in 2022, according to data from the federal government’s Sisai (Indigenous Health Care Information System). In total, there were 99 deaths in this age group last year. Of those, 33 were related to inflammation in the lungs.

The numbers surfaced in the midst of the emergency that indigenous peoples are going through. When adding pneumonia to other respiratory complications, such as Covid-19 and Srag (Severe Acute Respiratory Syndrome), the number of deaths of these children from some respiratory cause rises to 38, representing about 38% of the total.

Observa Infância, an initiative of Fiocruz (Fundação Oswaldo Cruz) with the university center Unifase, carried out a survey at the request of the Sheet on general deaths of children up to five years old caused by some respiratory complication at the national level. Data for 2022 are not yet available, but, considering the 2021 information from the SIM (Mortality Information System), only 4.2% of deaths were caused by a respiratory problem.

The discrepancy between the national prevalence and that seen among the Yanomami draws the attention of Cristiano Boccolini, a public health researcher at Fiocruz and coordinator of Observa Infância. “The picture is quite complex”, he says.

On Friday (20), the Ministry of Health declared a Public Health Emergency of National Importance. The folder informed that it sent a team to investigate the situation in the indigenous territory last Monday (16). Upon arriving at the scene, he observed a scenario with children and elderly people with serious health problems. Malnutrition, malaria and acute respiratory infection were some of the complications identified.

Complete mission data from the Ministry of Health should be finalized in February. That’s because technicians remain in the territory until January 25 and then have 15 days to write a report.

Even with the information not yet consolidated, a situation room was set up to address the crisis facing the indigenous people. According to the Minister of Health, Nísia Trindade, basic food baskets, supplies and medicines have already been sent to the territory.

The Public Health Emergency Operations Center (COE-Yanomami) was also set up to take measures during the national emergency situation.

The high rate of deaths from respiratory causes among Yanomami children may be related to other factors, such as malnutrition.

The problem is not unknown. The report “Yanomami under attack”, carried out by the Yanomami Hutukara Association and the Wanasseduume Ye’kwana Association, with technical assistance from ISA (Instituto Socioambiental), showed that Arathau, one of the regions of the indigenous land located near the Parima river, recorded the highest malnutrition rate across the territory. Among children up to five years old, around 79.3% had low or very low weight.

According to pediatrician Renato Kfouri, malnutrition was once the main cause of infant mortality in the country. “This lowered our life expectancy and put our infant mortality at very high levels”, he says.

Over time, the country overcame this scenario, but some more vulnerable locations continue to face similar problems, as is the case in the Yanomami territory.

Malnutrition is also an aspect raised by Boccolini. For him, it is necessary to take measures to provide breastfeeding for children and adequate food for the entire Yanomami community. In addition, having a nutritional follow-up to observe the population is important.

The coordinator of Observa Infância also mentions the importance of vaccination. Some examples are immunizations such as influenza, Covid-19 and pneumococcal 23 that could protect against cases of pneumonia. The point also relates to the reach of the health system. “Access to health services for these populations is more restricted”, says Boccolini.

Another problem related to the state of emergency among the Yanomami is illegal mining. Contact with people outside the community can result in the circulation of viruses that are not common in the community. Even more, invasions in these territories and deforestation decrease the availability of fertile land – that is, they impact the supply of adequate food, which can lead to malnutrition.

This Saturday, during President Lula’s visit to Boa Vista, the report by Sheet saw children hospitalized at Casai (House of Indigenous Health) with signs of verminosis, such as a swollen abdomen.

In addition, images released by indigenous people of the ethnic group show children and elderly people in a situation of malnutrition and in need of support and medical assistance. The photos were taken between Tuesday (17) and Friday (20), according to Junior Yanomami, president of the District Council for Indigenous Health Yanomami and Ye´kuana.

Facebook
Twitter
Pinterest
WhatsApp
Previous article
Erdogan: Confirms that elections will be held on May 14
Next article
Qatargate: Panteri’s testimony on Tuesday – It is possible that he will also give new names