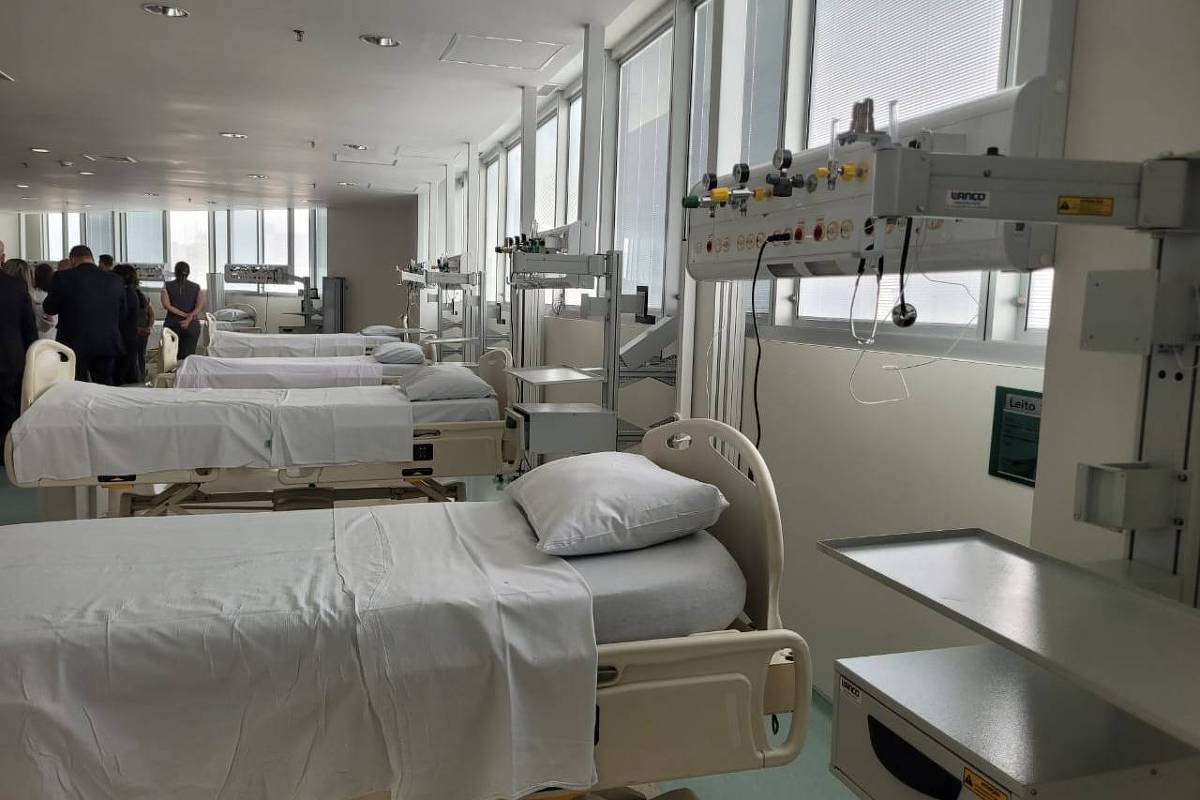 The governor of São Paulo, Tarcísio de Freitas (Republicans), announced this Tuesday (24) the opening of new beds and operating rooms for the treatment of cancer at Icesp (Cancer Institute of the State of São Paulo). “We have to bet on the opening of beds”, said the governor.

In total, there are 45 new vacancies, 15 of which are ICUs (Intensive Care Units). In addition to these, there are three new operating rooms for the center.

Currently, the queue for oncology care is 1,536 patients, according to Cross (Center for Regulation of Offers and Health Services). However, there may be differences in the number of people waiting, because there is no accounting that centralizes the total number of patients waiting for cancer care in all public health centers in the state.

The governor declared that it is necessary to improve the management of surgery queues, not only for oncology, but also for other diseases.

“An important thing is the way to face the queue. First thing, when we talk about the number of people in the queue, we have to understand which queue we are talking about. Incredible as it may seem, we don’t have [os números completos]. The way of managing the queue has to be regionalized to know exactly what the situation of who is in the queue, if there is no double counting, so that we can manage it correctly”, he said.

Regarding Icesp, William Nahas, president of the institute’s board of directors, said that the increase in beds could cause an increase of about 20% in the institute’s service capacity. He estimates that, in 100 days, this could reduce the Cross queue by 40%.

Nahas also said that it is expected that 200 new cases of cancer can be treated at Icesp per month from the new beds.

The idea is that, with the more recent openings, the deadline for service decreases since, currently, what the law recommends is not fulfilled. This is because, according to Law 12,732 of 2012, the care of patients with cancer from the diagnosis must be done within 60 days after the discovery of the disease.

It was not informed what the average waiting time of cancer patients who are in line for care in São Paulo, but the Secretary of Health, Eleuses Paiva, said that there are cases of people who waited up to nine months to access treatment. According to him, about 50% of patients wait seven to eight months on the waiting list.

The announcement reiterates the idea of ​​improving health in the state by opening new beds. According to Paiva, there are 7,000 to 9,000 closed beds for different illnesses that could be reopened throughout the state of São Paulo.