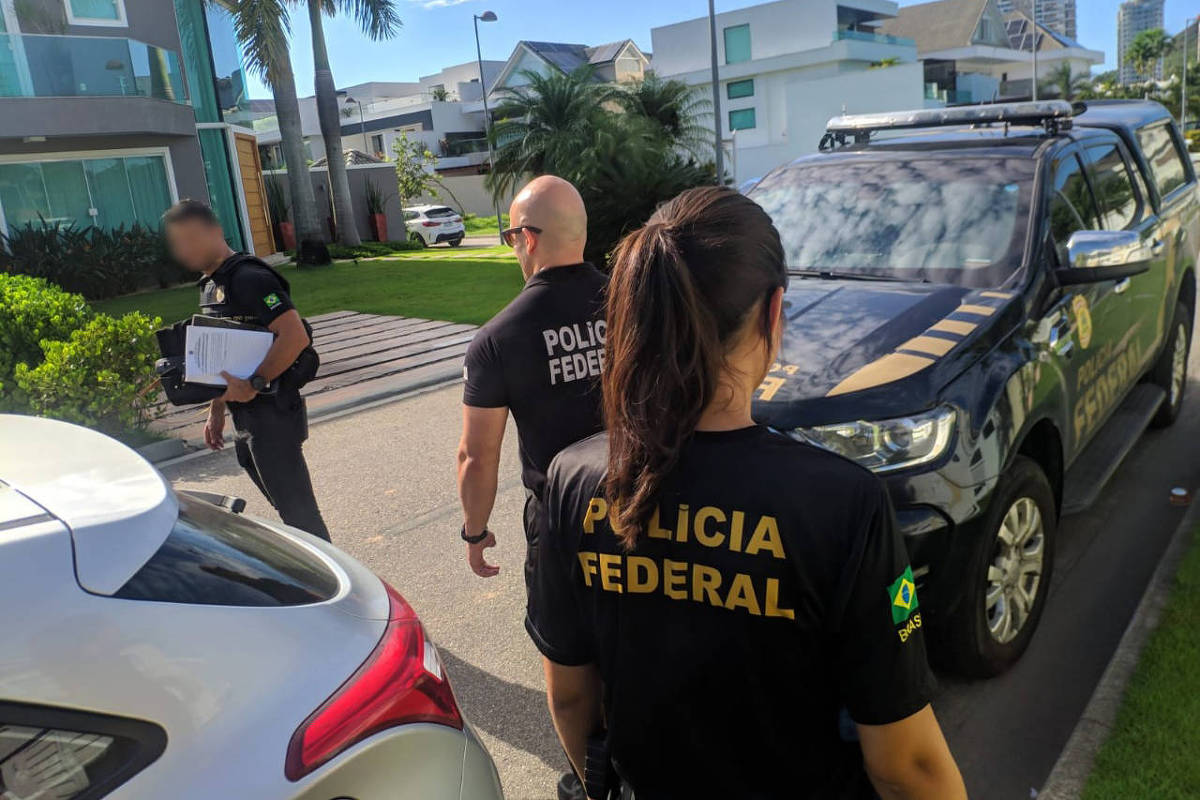 Banks barred transactions of R$ 12.8 million from entrepreneurs of respirators in the Doria management

The investigation by the PF (Federal Police) into an alleged overpricing of lung fans purchased by the João Doria (PSDB) management points out that businessmen involved in the business tried to carry out transactions worth US$ 2.43 million (R$ 12.8 million) and were prevented. by banks due to evidence of fraud in bank transactions.

The PF identified a lack of movement in a bank account used for transactions; transfers from companies with indications of being a front; and a “classic typology” of money laundering, related to one of the investigated, with an account serving as a “layer” for the movement of funds.

This Tuesday morning (22), the PF served six search and seizure warrants at the addresses of four businessmen and two companies in São Paulo, Rio de Janeiro and Brasília.

They are suspected of crimes investigated by the PF in the negotiation of pulmonary ventilators to the São Paulo State Health Department, in April 2020, still at the beginning of the Covid-19 pandemic.

In a note, the secretariat stated that the purchase of respirators was essential at the beginning of the pandemic and saved lives, “in a moment of inertia of the federal government, which blocked the internal market and did not distribute equipment to the states”.

“The state administration could not stand idly by in the face of such an urgent need. This right decision prevented São Paulo from having the sad scenes that would later happen in Manaus, with the lack of oxygen supply”, he said.

The devices were purchased with money from the state treasury and there is no question of overpricing, according to the note. “It is impossible to compare the price practiced on the market today with the scenario of April 2020, when there is a shortage of fans in the country and in the world.”

​A company based in China provided the equipment, with a North American company with Brazilian partners, Hichens Harrison Capital Partners, as an intermediary and contracted.

Hichens Harrison Consultoria Financeira is headquartered in Brazil and has the same partners, according to the Federal Police.

According to the Federal Police, there was overbilling and an estimated damage of R$ 63.3 million. The extra price was identified by TCE (State Court of Auditors), CGU (Comptroller General of the Union) and federal criminal experts, according to the police.

Other investigated suspicions are of directing the hiring and episodes of money laundering.

On the same day of the first transfer made, April 15, 2020, a representative of Hichens Harrison Consultoria attempted to a financial institution to effect the receipt of an exchange rate from Hichens Harrison North American, in the amount of US$ 2.2 million, which was refused by the bank “given the various indications of fraudulent transactions”.

Shortly after the second transfer related to the contract, there was a new negative on the foreign exchange transaction. The businessman Basile George Pantazis tried to send US$ 200,000 to a businessman in Brazil, Carlos Alberto Damião, as “receipts of sales commissions”, which was also denied, according to the PF.

The information used by the PF appears in RIFs (financial intelligence reports) of the Coaf (Council for Control of Financial Activities).

“Hichens Harrison traded all over the world, with the same prices, including in the US. It actually made losses. There was no fraud, there is no materiality of crime. [a operação da PF] it was pure politics”, said the company’s lawyer, Reinaldo Rayol Junior.

The report did not locate Damião’s defense.

Overpricing, directing hiring and remittances of amounts to accounts of intermediary companies abroad may indicate money laundering of the “kickback” type, in which amounts are returned to public agents, according to the PF. The investigation has so far found no evidence of bribery payments to public officials.

The PF also stated that there are indications that the Brazilian Hichens Harrison received deposits from shell companies and that the company’s account was without bank transactions between May 2019 and April 2020.

One of the investigated, Carlos Damião, received 139 bank transfers from Jacqueline Coutinho Torres, in the amount of R$ 910.8 thousand. Damião declared in the 2020 income tax to have a debt of R$ 904.2 thousand with Torres.

According to the PF, Torres was the wife of Flávio Maluf, son of former deputy Paulo Maluf. The police said that no facts were observed to justify the loan.

Damião’s account, according to the PF, only served as a “layer” to prevent the identification of the destination of the funds, a “classical typology” of money laundering.

The report did not locate Torres’ defense.