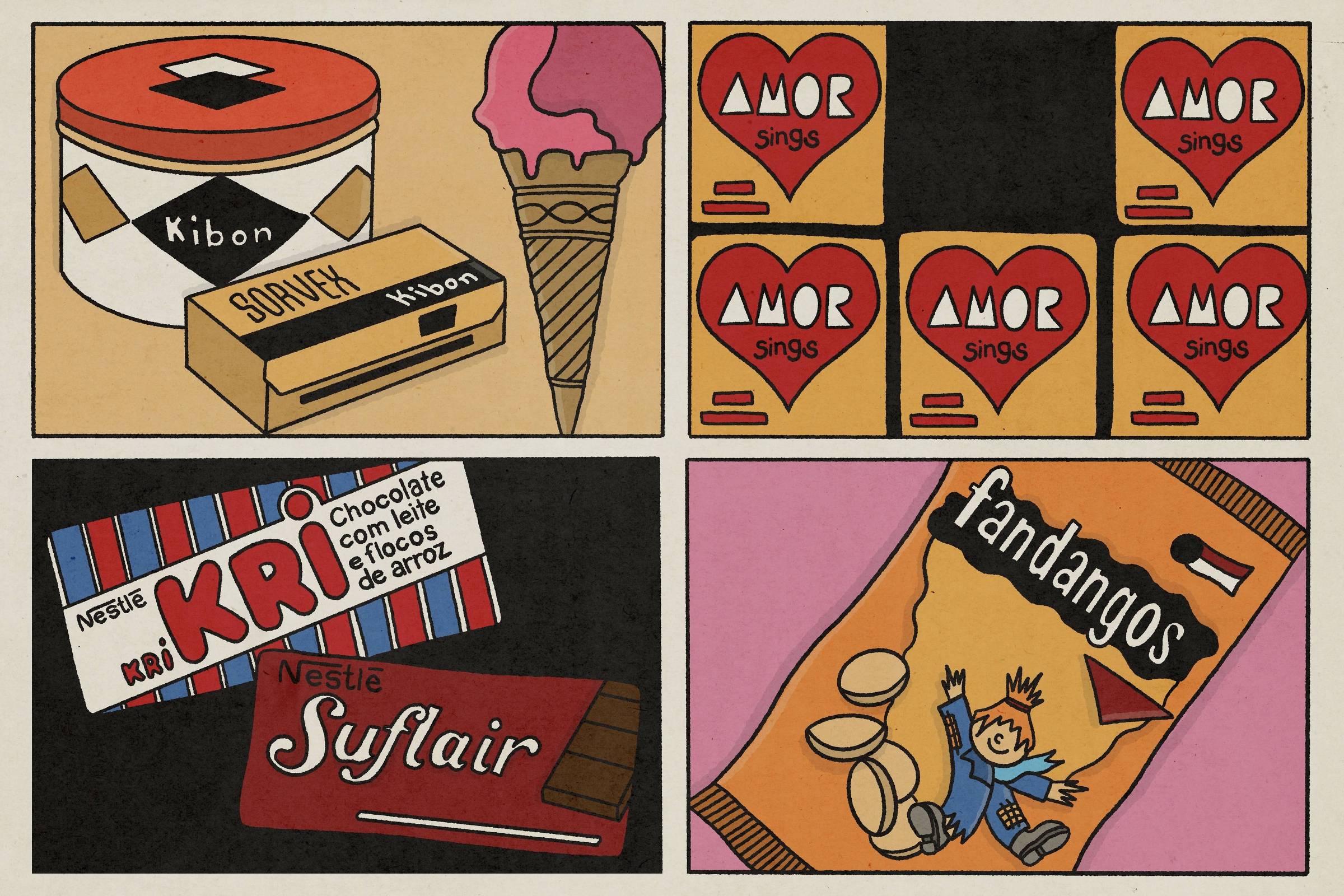 Condensed milk that is a dairy mix, sirloin hamburger without sirloin, honey biscuit that does not contain honey — the changes that the food industry promotes without the consumer being clearly informed have never been so in evidence.

At the same time, consumers are also having a hard time because they are no longer able to recognize the flavor of the foods they like the most. Between January 2020 and May 2022, the website Reclame Aqui registered 968 complaints related to food products with the themes “change in flavor”, “change in formula” and “change in taste / flavor”. Beverages, candy and dairy products lead the ranking, with 312, 259 and 224 complaints respectively.

The disaffected also resorted to Procon-SP. In 2022 alone, 250 complaints were registered regarding changes in the odor, taste, appearance and chemical composition of processed foods.

Even Twitter has become a discussion stage — on the social network, heated debates proliferate about the change in flavor of the Passatempo filled biscuit, made by Nestlé.

A pharmacy attendant in Santo André, in Greater São Paulo, Caio Augusto de Souza, 38, did not just file a complaint with Reclame Aqui — he contacted PepsiCo, manufacturer of Elma Chips products, to find out why the Fandangos has changed. A self-confessed addict to cornmeal-based snacks, he says he misses the taste of the old days.

“I’ve been Fandangos for as long as I can remember. I used to collect coins to buy at school and I started to like it even more as an adult. Suddenly, I felt an unpalatable taste”, he says.

The explanation given by Elma Chips, says Caio, did not convince. “I was told the formula changed due to consumer research. What can I do? I switched the Fandangos to a competitor’s product. It’s a small manufacturer, I hope they don’t change the formula too.”

In an official note, the company says that the Fandangos brand “is constantly evolving” and that, last February, “the Fandangos Ham flavor underwent a progression to make it even tastier”.

“Innovations always go through studies with the public and validations in the areas of quality and research and development, and are only implemented when they are well evaluated”, completed the text.

Indignation similar to that of Caio Augusto felt by student Mariana Antunes, 32, when she recently bit into a Suflair chocolate from Nestlé. During a PMS crisis, deciding to stop the diet and devour an entire bar, she looked for the familiar flavor and didn’t find it.

“I had a childhood of scarcity. When I ate Suflair, it was delicious. It stayed in my memory as something of quality, given by a friend who had more money or by her father, who could sometimes make us happy”, she says.

Today, Mariana adds, the feeling is far from that. “It’s pure taste of sugar with hydrogenated fat. I was disgusted, I don’t buy it anymore. I complained, but Nestlé sent a protocol response, claiming that it must be spoiled, although it was expired.”

To the report, the company explains that it has “simplified the lists of ingredients, removing artificial colorings, seeking to improve nutritional products”, and says that it “takes into account” the affective relationship of the consumer with its brands.

The bond between Caio Augusto and the snacks and between Mariana and chocolate is deeply linked to a topic that has become fashionable in the world of gastronomy: affective memory.

But it usually appears linked to family food, grandmother’s recipes and dishes prepared by the mother, and rarely to processed foods. However, the food that leaves the factory also has the power to imprint good (or bad) memories in the brain—and bring them back.

According to neurologist Christiane Cobas, from Hospital Sírio-Libanês, all the odors we feel throughout our lives are stored in memory, in an area of ​​the brain connected to the limbic system, where positive and negative emotions are also stored.

“We don’t know why, but these records are very close. Therefore, when we feel the scent of grandmother’s food, the warmth of that memory comes along”, explains the specialist.

Many factors contribute to the taste of a food being engraved in the memory associated with an emotion. According to Marle Alvarenga, PhD in Nutrition from the University of São Paulo and coordinator of the Behavioral Nutrition Institute, the company, the mood and the environment are part of the recipe, as well as the context at a certain stage of life.

The pleasant memory of the favorite soda in adolescence, for example, can be immortalized because of the rebellious component — and bring back the feeling of transgression.

“Even after that whole story is gone, what is registered in the brain activates the reward mechanism. If it brought me pleasure one day, I repeat the gesture in search of pleasure again,” says Marle.

University professor Marilia Andrade, 49, doesn’t forget how good it was, when she was ten years old, to walk to the grocery store to buy Kri chocolate, her favorite.

“I liked the chocolate and even more the ritual of facing the fear of walking alone on the avenue. Kri became Crunch, but the taste has changed and the memory doesn’t come back.”

To trigger such memories, you don’t even need to actually eat. According to the nutritionist, dopamine, a neurotransmitter linked to the sensation of pleasure, begins to be released even before we take the first bite. “Expectations regarding the food end up being more important than the food itself.”

The trigger to look for a pleasant memory can even be a package, as reported by gym teacher Marta Eloisa de Campos, 51. As a child, she would wait for the day to receive her allowance and walk to the grocery store, in the company of her brother. , to spend the coins on paçocas Amor.

“We had a ritual. As the paçoca came all crumbled, the way was to roll the paper in a funnel and throw the crumbs straight into the mouth. The texture was dry, it stuck to the roof of the mouth. We talked and splashed paçoca on each other.”

Marta continues to eat paçoca Amor, a moment of indulgence that she saves for desserts. But she regrets that the candy no longer comes wrapped in the same paper — and doesn’t crumble anymore.

“The material changed. The same thing happened with the Alpino bonbon, which came in a golden mold, like a seal that looked like a belt. The opening ritual was delicious. And the Sonho de Valsa? It was sold in cellophane. we would fold the paper and turn the paper into the dress of the girl who danced the waltz.”

Changes in formulas and packaging are commonplace in the food industry, and they occur for a variety of reasons. They can be motivated by changes in legislation, by consumer demands, who are looking for healthier products, or simply to reduce costs.

For Francisco Santana, owner of Escola Sorvete, the search for savings is behind the transformation that Kibon ice cream has undergone in recent decades.

Long before he became an expert in the art of making artisanal ice cream, he enjoyed the trio of Neapolitan flavors, packaged in paper bricks or in the round can, the highlight of his birthday parties.

“The formula used milk, cream, real fruit. Today, the pressure for cost impacts the taste. They use whey, cheap colorings and flavorings, in addition to palm oil, which keeps the ice cream creamy even when frozen. Brazilian economy is lax and allows a lot of things in favor of the economy”, he believes.

Kibon responded to Folha that, in its 80-year history, it is “in constant innovation”, and that it listens to consumers to renew itself. “We seek to offer a portfolio of products that unites the affective memory that people already have with our products with constant updates, always with high quality”, said the company in a statement.

Anderson Freire, director of marketing, research and development at Arcor do Brasil, which produces paçoca Amor, reported that the company made “improvement in the packaging of paçoca Amor, considering the monitoring of consumer behavior”.

And he admits that the innovation “made it less ‘crumbly’, that is, more creamy.” But it guarantees that the recipe is the same as always.