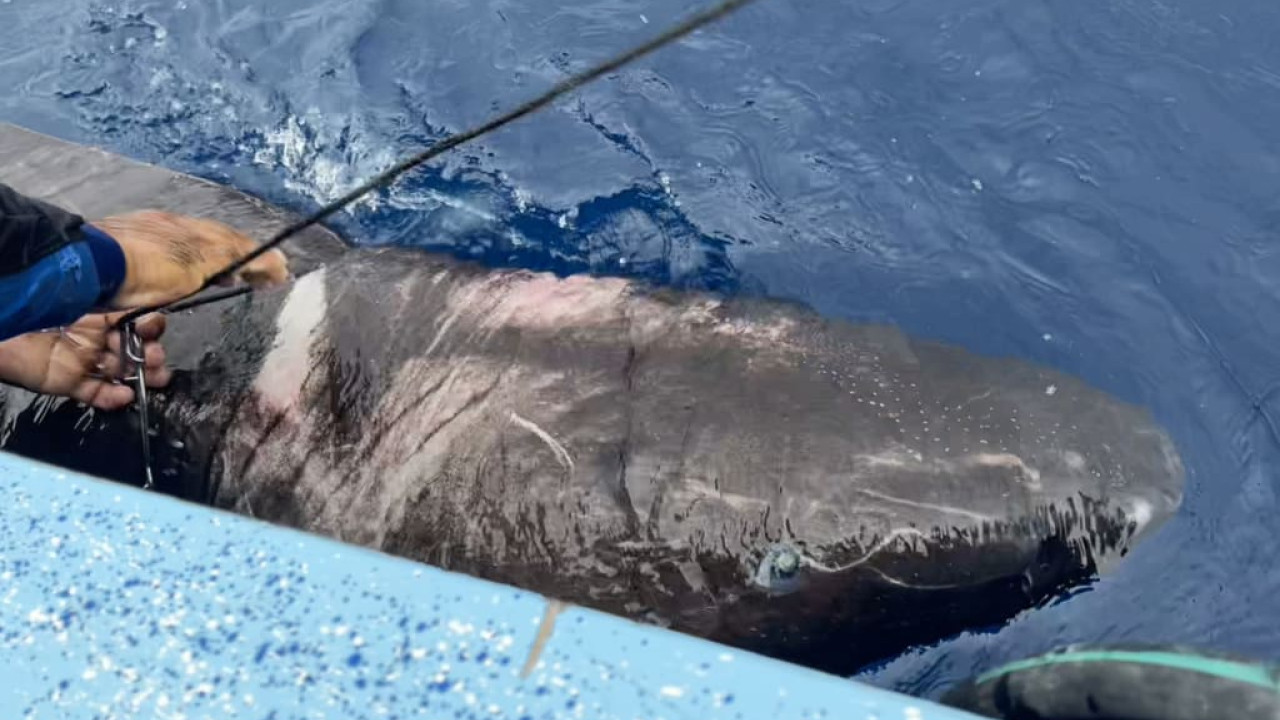 Mysterious Greenland Shark Found in the Caribbean – What Scientists Guess

The research findings were recently published in the journal Marine Biology.

It is a mystery to them scientists finding one sharkwho lives in the Arctic, on the Caribbean coast. A half-blind shark normally found in the icy waters of the Arctic and surviving for hundreds of years recently turned up in an unexpected place – a coral reef off the coast of Belize. This is also the first time a shark of its kind has been found in the waters of the western Caribbean, outside the world’s second largest reef.

Researcher Devanshi Kasana, a Ph.D candidate. in Predator Ecology and Conservation at Florida International University (FIU), was working with local Belizean fishermen to research tiger sharks when the discovery was made.

It was getting dark and the team made a final check of their lines. On the other end, it was not a tiger shark, but a rather sluggish creature. It looked ancient and more like an elongated smooth stone. It had a blunt muzzle and small light blue eyes. Taken together, these clues led scientists to believe that it belonged to the sleeper shark family.

“At first, I was sure it was something else, like a six-gill shark that is well known from the deep waters of coral reefs,” Kasana said. “I knew it was something unusual and so did the fishermen, who had never seen anything like it in all their years of fishing.”

Kasana texted Demian Chapman, her PhD advisor and director of Sharks & Rays Conservation Research at Mote Marine Laboratory & Aquarium, to share the news. He also sent a photo of the shark along. Chapman’s answer surprised her. He said it wasn’t six gills. But, it looked a lot like Greenland shark (Somniosus microcephalus).

After discussion with several scientists, experts on Greenland sharks, the conclusion was that it definitely belonged to the sleeper shark family and due to its large size, it is probably a Greenland shark or a hybrid between the Greenland shark and the Pacific shark. (Somniosus pacificus).

Greenland sharks remain an enigma to science. What is known about them is that they tend to occur in the icy waters of the Arctic and North Atlantic oceans. This species is slow moving and also slow growing. He lives over 400 years and in fact according to a 2016 study this shark can live between 300 and 500 years. It also reaches 7 meters in length and up to 1.5 tons in weight, according to National Geographic.

Greenland sharks could potentially travel to the depths of oceans around the world. In fact, experts speculate that they could also live in tropical regions, at greater depths, where they can find the low temperatures they prefer.

The waters where Kasana and the fishermen found the shark are quite deep. The spot of sea found ranges from 1,600 feet to 9,500 feet deep, meaning it has the cold water needed for a Greenland shark to survive.

For nearly two decades, Chapman led projects to monitor shark populations at Glover Reef. The data was shared with the Belize National Shark Task Force, a group made up of government officials, shark fishermen, non-governmental organizations and scientists. This work has recently led to increased protection for the species and new legislation banning shark fishing two miles around Belize, including Glover’s Reef.

The findings were recently published in the journal Marine Biology. In addition to the Ellen Fund, the research was also supported by the Georgia Aquarium and the Roe Foundation.