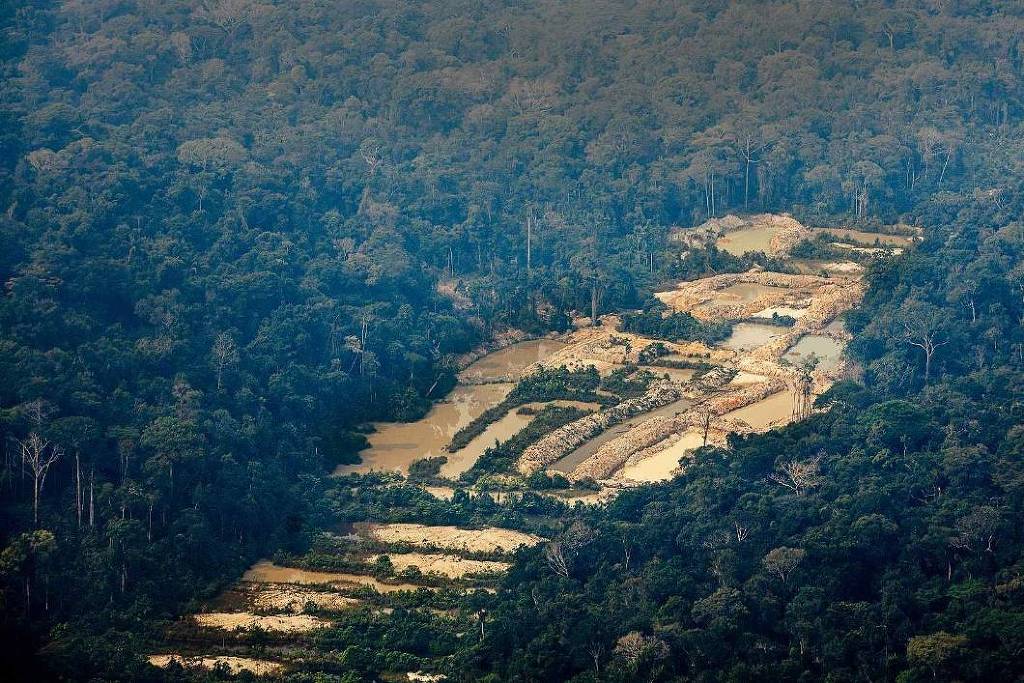 Although the extraction of gold is often surrounded by illegalities, a declaration of “good faith” is enough for the sale to be made legally in Brazil. A proposal that emerged in civil society and filed in Congress this month makes the rules more rigid by requiring verification of the origin of the product in each operation.

PL (Bill) 2159/2022, authored by the deputies Joênia​ Wapichana (Rede-RR) and Vivi Reis (PSOL/PA), wants to end this instrument of the mere word given and establish a series of criteria to regulate the gold trading, including the need for traceability and the use of electronic documents. The official records of this market are still made and kept on paper.

The PL also provides guidelines for the Central Bank to reinforce inspections over companies that buy gold from mining, the DTVMs (distributors of bonds and securities).

According to Joênia, the starting point of the proposal was the concern to stop the advance of illegal mining in indigenous lands, but the project also has mechanisms to modernize the sale of gold in Brazil in a structural way and prevent the illegal product from ending up in jewelry and to electronics products around the world.

“People often buy a wedding ring and have no idea that there is gold from deforestation and invasion,” says the deputy. “In this project, we are not talking specifically about mining on indigenous lands. But trying to curb illegal gold, which has been extracted irregularly, wherever it may be”.

To allow traceability, the PL provides that the gold, soon after extraction, would be grouped in batches and would receive a molecular tag with silver isotopes — a kind of unique bar code. The code would be included in all documentation for the transport and sale of gold, and DTVMs would not be able to accept gold without identification.

The traceability mechanism foreseen in the project considers a proposal prepared by the NGO (non-governmental organization) Instituto Escolhas, and has been the subject of a wide debate. Gold traceability was the subject of an international seminar in Brasília in June, which brought together the Federal Police and Interpol, and has the support of Ibram (Brazilian Mining Institute) — which represents large groups in the sector, such as Vale, Alcoa and Anglo American.

“We have a convergent vision and we support the PL. The challenge now is to make it advance in the National Congress”, says Rinaldo Mancin, director of Institutional Relations at Ibram.

According to Mancin, the mining that deforests and invades indigenous lands has harmed large companies. “Illegal mining impacts the reputation of the entire mining sector and we need regulatory improvement, with traceability and stricter rules for the entry of gold into DTVMs”, he says. “The declaration of good faith is not an instrument compatible with what we are experiencing.”

A survey carried out by Escolhas, based on 40,000 records of commercialization of the metal, pointed out that 229 tons of gold sold in the country, from 2015 to 2020, had signs of irregularities. Among the four largest DTVMs in this market, 87% of the gold traded had evidence of irregularities.

“Illegal mining is one of the main threats to the Amazon”, says Larissa Rodrigues, manager of Instituto Escolhas. “In addition to generating deforestation, mercury contamination is very serious, [que têm gerado] a public health emergency with river destruction, and also contributes to association with organized crime.”

The bill also establishes the digitization of documentation. The invoice, which is now on paper, would become virtual. The GTC (Transport and Custody Guide), an instrument already required for cattle and wood, would be adopted for gold. It would still be necessary to present other records, such as the numbers of mining and environmental ballasts, which identify that the extraction is carried out in a regularized area.

The project also tries to remedy the conflict of interest in the sector, preventing cross-ownership. The owner of a DTVM could not, at the same time, mine, refine, transport or export the metal, which occurs today.

The text of the proposal makes the BC’s responsibilities clearer. It determines, for example, that the institution must annually send an inspection report on DTVMs.

The role of DTVMs in illegal mining has already been discussed directly with the president of BC, Roberto Campos Neto, at a meeting at the end of July that was attended by representatives of Ibram, Instituto Ethos, Isa (Instituto Socioambiental) and Escolhas . At the time, Campos Neto began to consider the creation of a working group to address the issue.

Raoni Rajão, professor at UFMG (Federal University of Minas Gerais) and specialist in the gold production chain, says that the project brings important advances, especially with harsh punishments. “It also introduces a series of administrative changes that, although also important, could already be made in the current law, by bodies such as BC and ANM [Agência Nacional de Mineração]but they are not made for lack of political will”, he says.

Specialists heard in a reserved way by the report agree that several changes proposed by the project could be implemented without the need for a new bill, and they also warn that, in Congress, the proposal must face great resistance and can be changed, since there are several parliamentarians who defend the miners and the flexibilization of the current legislation.

When questioned, the ANM stated that “it is not up to it to give an opinion on matters of a legislative nature”.

Rodrigo Cataratas, president of the Garimpo É Legal Movement and candidate for federal deputy for Roraima —one of the states with the highest incidence of irregular mining of minerals—, says that the project represents a barrier to the development of his region.

“I am totally against any legislation that makes mining economic activity even more bureaucratic in the state of Roraima, as the laws are already very restrictive and prevent the advancement of the Roraima economy. To create new obstacles is to raise the walls of bureaucracy,” he said.