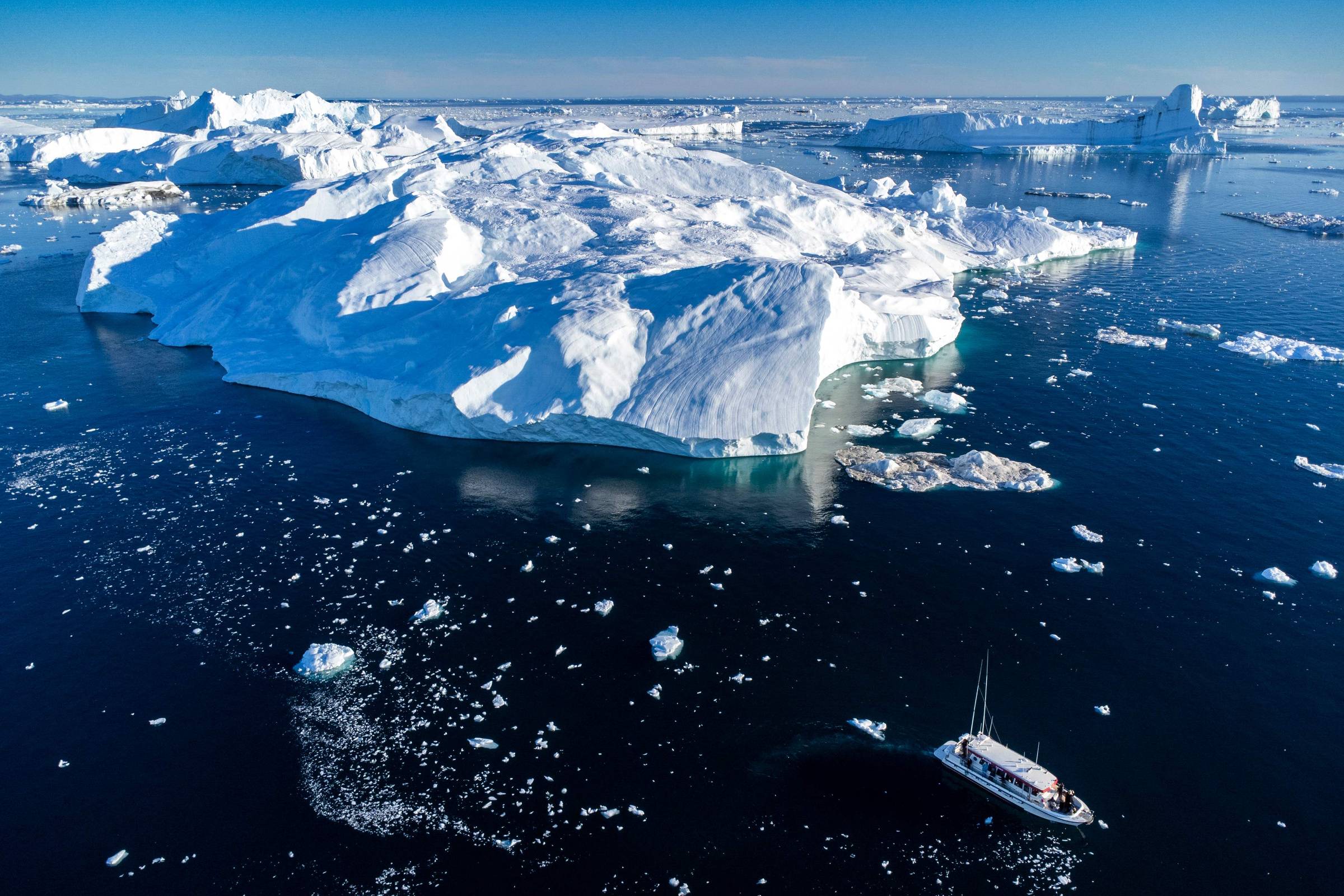 Failure to limit global climate warming to targets set by international agreements is likely to trigger several climatic tipping points, a team of scientists said Thursday, with irreversible effects such as the collapse of the Greenland and Earth ice sheets. West Antarctica, abrupt thawing of permafrost in the Arctic and the death of coral reefs.

The researchers said that even at the current level of warming, about 1.1°C above pre-industrial levels, some of these self-sustaining changes may have already begun. But if warming reaches more than 1.5°C, the more ambitious of the two targets set by the 2015 Paris Agreement, changes would become much more certain.

And at Paris’ highest target, 2°C, even more tipping points would likely be triggered, including the loss of mountain glaciers and the collapse of a deep-water mixing system in the North Atlantic.

The changes would have significant, long-term effects on life on Earth. The collapse of the Greenland and West Antarctic ice sheets, for example, would lead to a relentless rise in sea levels of many centimeters or meters over the centuries. Thawing permafrost would release more heat-trapping gases into the atmosphere, hampering efforts to limit warming. A disruption of ocean mixing in the North Atlantic could affect global temperatures and cause more extreme weather conditions in Europe.

Johan Rockström, director of the Potsdam Institute for Climate Impact Research in Germany and one of the researchers, said the team “came to the dire conclusion that 1.5°C is a threshold” beyond which some of these effects would start. That makes it even more imperative, he and others, that countries quickly and dramatically cut emissions of carbon dioxide and other heat-trapping gases to curb global warming.

The research is in line with recent assessments by the Intergovernmental Panel on Climate Change (IPCC), an expert group convened by the UN, that beyond 1.5°C of warming the threats of climate change grow considerably.

“This really gives strong scientific support to rapid emissions cuts under the Paris Agreement,” said David Armstrong McKay, a climate scientist at the University of Exeter in Britain and lead author of a paper describing the researchers’ work, published in the journal Science. Limit heating to 1.5°C “It doesn’t guarantee that we won’t see tipping points,” McKay said. “But it reduces the probability.”

As in the UN panel assessments, exceeding the 1.5°C target does not mean that all is lost. “Every tenth of a degree counts,” said Rockström. “So 1.6°C is better than 1.7°C and so on” to reduce the risk of tipping points.

Countries have not committed to reducing greenhouse gas emissions enough to meet the Paris target, although climate and energy legislation passed by the US Congress last month brings the country closer to its own targets. Current policies put the world on a course of nearly 3°C heating until the end of the century. At that level, even more tipping points would be triggered, the researchers said.

The concept of climate tipping points has been around for decades. But it was also accompanied by a high degree of uncertainty and debate, including about the threshold temperatures beyond which some changes would begin and whether some of these events meet the definition of changes that would be self-sustaining, no matter what the future warming.

A major study in 2008 identified more than a dozen parts of the Earth system that could reach a tipping point. The new research eliminated some and added several others, identifying a total of 16 parts, including nine that would have global effects.

Among those eliminated, McKay said, was Arctic sea ice in summer. While the extent of the ice has steadily declined for decades, he said there is no clear limit beyond which the decline would become self-sustaining.

But the main goal of the new research, which reviewed studies that used data from past climates, current observations and computer simulations, was to reduce uncertainty about when tipping points might be reached.

The study “puts temperature limits on all inflection elements,” Rockström said. “This has never been done before.”

Thomas Stocker, a climate scientist at the University of Bern in Switzerland, who was not involved in the study, warned that much more research is needed on the subject of tipping points. “It’s not the final word,” he said of the study’s findings. “It’s a contribution to an important conversation that is ongoing.”

What is needed, Stocker said, is a comprehensive review by the Intergovernmental Panel on Climate Change, perhaps as part of the next round of assessments, due in the second half of this decade.

Rockström agreed that more research is needed. “I hope the IPCC will take this scientific assessment into account,” he said.

The Potsdam Institute and the University of Exeter are also sponsoring a conference next week aimed at encouraging further work on the subject. Among other projects, Rockström said, is one to improve the modeling of these cataclysmic events.

“We are in a much better position today than we were a few years ago to take a real initiative in tipping point research,” he said.