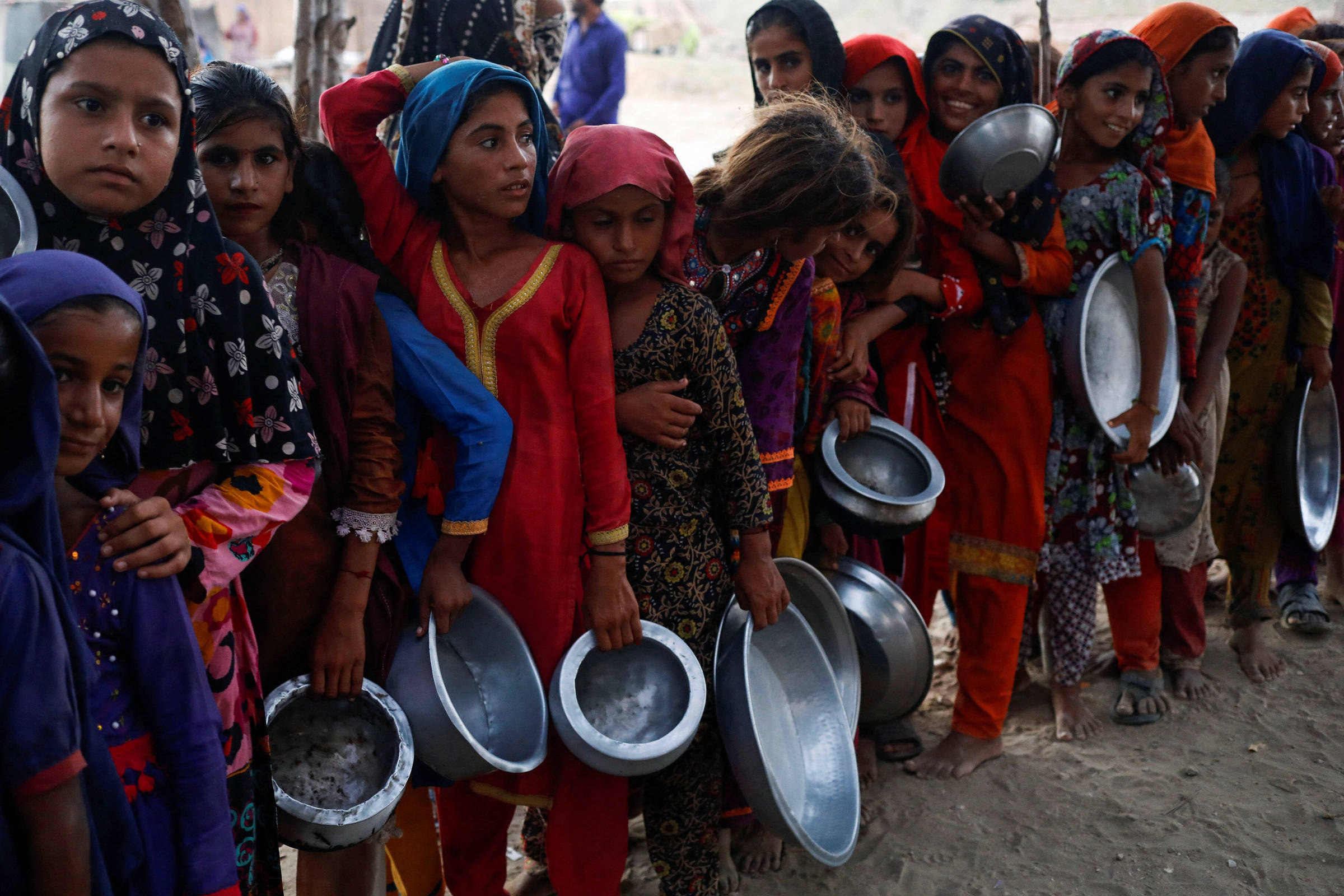 Pakistan experiences wave of disease after floods that have killed more than 1,500

As Pakistan scales the damage left by torrential rains throughout the month of August, warning the world of the effects of the climate emergency. Official reports released in recent days show that the death toll from the floods exceeds 1,500 — at least 528 are children.

Among survivors, the main challenge has been the control of easily communicable infectious diseases due to agglomerations intensified by waves of displaced people. On Thursday alone (15), 90,000 people were treated. The country has 225 million inhabitants.

Figures from Sindh province, one of the four that make up the country, confirm 588 cases of malaria and another 10,600 suspects, in addition to almost 18,000 cases of diarrhea and 20,000 cases of skin diseases. Since July 1, when the rains began, 2.3 million patients have been treated in mobile field hospitals.

Prime Minister Shehbaz Sharif, speaking in Uzbekistan during a meeting of the Shanghai Cooperation Organization, a group created in 2001 to discuss mutual interests in Eurasia, drew attention to the situation in his country. “Children are getting malaria, all kinds of diseases; millions of people live in the open,” he reported.

Record monsoon rains in the south of the country, fueled by glacial melting in areas to the north, triggered the floods that affected 33 million people, destroying crops and urban infrastructure. The accumulated water can take months to drain, the government projects.

Damages are estimated to reach US$ 30 billion (R$ 158 billion). The scenario will reduce GDP growth to around 3%—the initial estimate was 5%. The country was already facing a serious economic crisis, with the devaluation of the Pakistani rupee and inflation exceeding 27%.

The United Nations Children’s Fund (UNICEF) described the situation there as “far more than bleak”. “Many mothers are anemic and malnourished and have very low birth weight babies,” said Abdullah Fadil, the agency’s representative in the country. “Mothers are exhausted or sick and cannot breastfeed.”

“Millions of families have been forced out of their homes, now living with little more than rags to protect themselves from the scorching sun as temperatures in some areas exceed 40°C.”

Rainfall recorded from July to August amounted to 190% of the average volume over the last 30 years for the monsoon period, which this time started earlier than usual and lasted longer. In Sindh province, rainfall reached 466% of the average.

UNHCR, the UN High Commissioner for Refugees, estimates that around 16 million children have been affected and at least 3.4 million of them remain in need of emergency support.