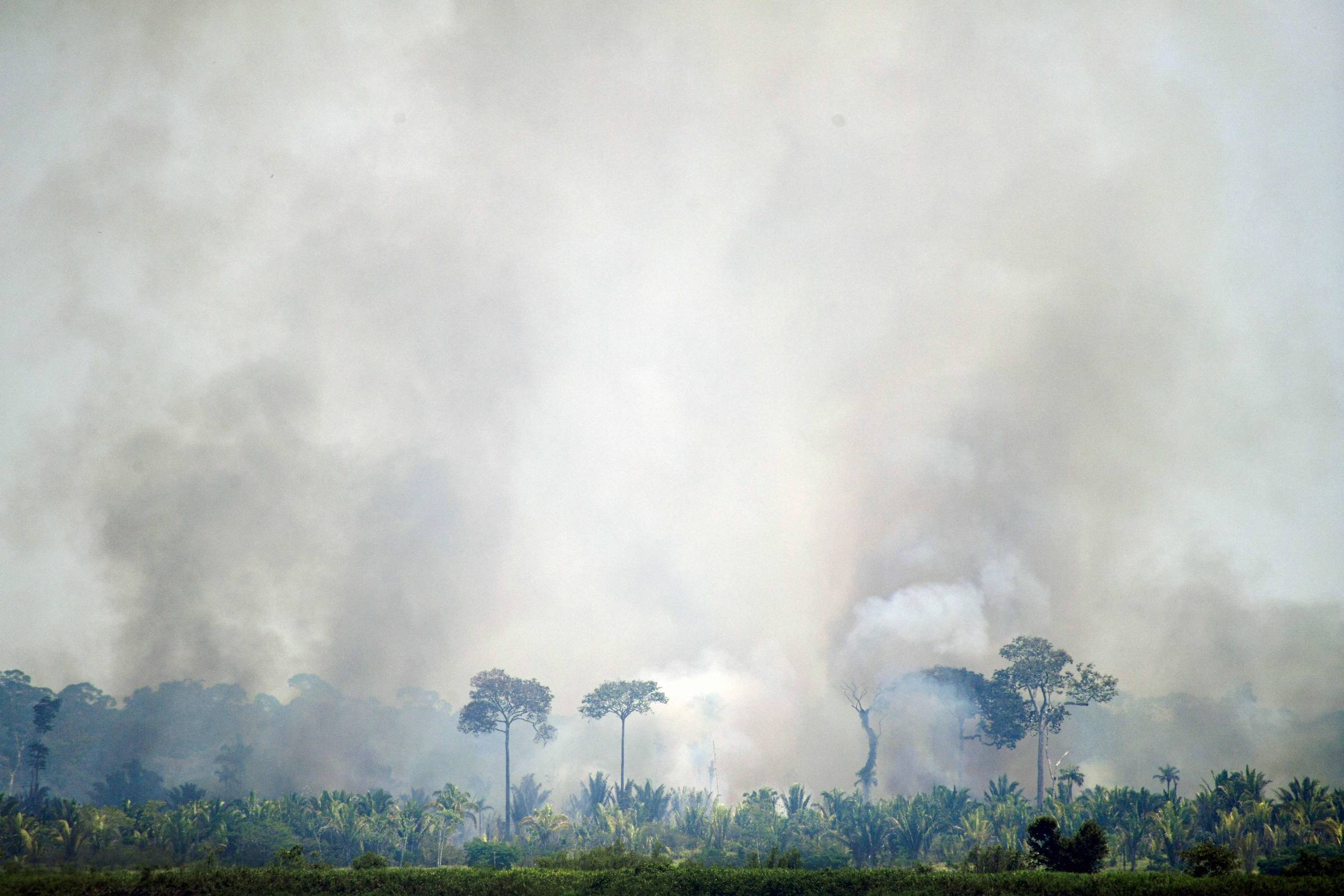 Deforestation in Rondônia progresses even in areas protected by law

Part of the Amazon rainforest in Rondônia has become pasture. In recent years, land grabbers and loggers have been advancing even more forcefully on conservation units and indigenous lands, theoretically protected by legislation.

This took Rondônia, one of the main Bolsonarista strongholds in the Amazon, to the post of second state that lost the most protected area in recent years among the nine that make up the Legal Amazon, behind only Pará.

“Squatting is one of the main causes of the increase in deforestation in Rondônia”, says Neidinha Suruí, co-founder of the Kanindé Ethnoenvironmental Defense Association, one of the five institutions of the Broad Front for the Defense of Protected Areas in Rondônia.

“It is not possible to continue treating land grabbing as if it were normal, because it is not. Laws need to work in the state”, he criticizes, defending the urgency of removing invaders from protected areas and reversing the damage.

Added to this is the local political movement that advances over state conservation units. State politicians have acted to reduce protected areas.

In this scenario, stopping the destruction of the forest is not a simple problem for the next governments to solve, say environmentalists. Deforestation in Rondônia has increased by 15% in the last four years, according to a survey by Ipam (Amazon Environmental Research Institute) based on data from Inpe (National Institute for Space Research). From 2019 to 2021, more than 4,000 km² of forest were swallowed up in the state.

The constant invasions of conservation units and indigenous lands still reflect in the increase in violence. Rondônia was the state with the highest number of murders due to rural conflicts last year, according to a report by the Pastoral Land Commission. Eleven of the 35 deaths recorded in the country occurred in Rondônia.

“We have been constantly suffering social and environmental impacts and threats. We are not free to live within our own land”, says chief André Karipuna. His people live in one of the most threatened indigenous lands in the Amazon, demarcated 26 years ago, about 200 km from Porto Velho. “They are degrading, forming pastures and removing wood from our land.”

In addition to the threats, indigenous people and riverine people in the state live with a routine of burning in the second half of the year, the period of the year most used to set fire to the forest and occupy the land.

“It starts in July, there’s a lot of smoke. The sun gets to be red with the destruction. This harms our health”, says the chief.

Governor Marcos Rocha (União Brasil), a military police colonel who is a candidate for reelection, sent a bill to the Legislative Assembly in 2021 that reduced the protected area of ​​several environmental reserves.

State deputies, in turn, included amendments that generated criticism from the governor himself, who considered the law “the biggest environmental setback in Rondônia”. Even so, hours later, he decided to sanction the law passed in the Assembly, which removed the protection of almost 200 thousand hectares.

The decision, among other impacts, practically extinguished the Jaci-Panará Extractive Reserve, which would lose 88% of its territory. The government itself estimates that there are more than 120,000 head of cattle on this public land, which reveals an occupation by large ranchers.

The Guarajá-Mirim State Park, where isolated indigenous people are present, would also be affected by the new law, which was overturned months later by a court decision that found it unconstitutional.

Even so, land grabbers and loggers continued to advance through these territories, according to environmentalists and indigenous people, because they trust the lack of supervision in these areas.

Last year, Governor Marcos Rocha even withdrew MP’s support for inspection operations, but retreated after criticism. THE Sheet contacted the government of Rondônia to comment on these issues, but there was no response.

In recent years, Rondônia, Acre and Amazonas have planned an integrated project to encourage agribusiness on the border between the three states, called Amacro.

For the director of public policies and territorial development at Ipam, Eugênio Pantoja, this initiative similar to Matopiba —the largest frontier of agricultural expansion in the country, in Maranhão, Tocantins, Piauí and Bahia— should be accompanied by actions that guarantee the sustainability of the forest.

“What you cannot do is go in there, deforest and occupy [acreditando] which we will fix later. With this kind of policy, people are certainly doomed to failure, causing permanent insecurity,” he says.

The researcher defends territorial and environmental planning for economic exploitation, also highlighting other activities with potential in the Amazon, such as biotechnology.

The influence of agriculture on the local economy and politics is present in the proposals of the best placed candidates in the electoral polls for the state government.

A leader in research, Rocha says he wants to speed up environmental licensing and advance in the work of land tenure regularization with the Union. It also proposes a survey of the potential generators of assets in state conservation units.

Marcos Rogério (PL), in second place in the polls, promises to transform “forests into a powerful economic asset”, according to the government’s plan.

It proposes land regularization and recovery of degraded areas, in addition to the sale of carbon credits and creation of a green seal for the “branding of products and services”.

Léo Moraes (Podemos), third in the dispute, according to the surveys, sets as goals the control of illegal deforestation and the expansion of planted forests. The candidate also foresees incentives to the private sector so that there is remuneration for “ecosystem services provided”.