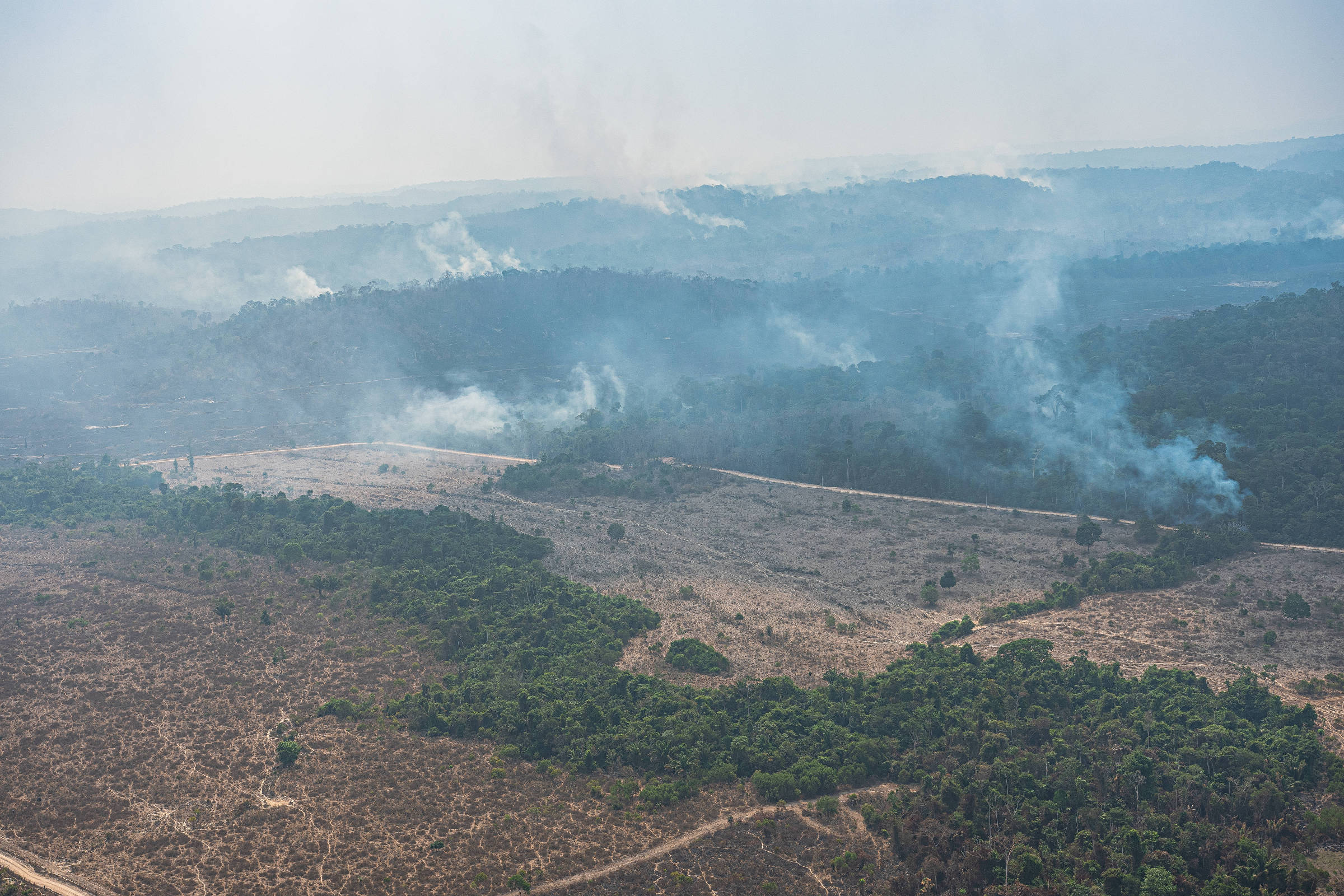 Amazon has the highest number of fires in September since 2010

The Amazon is in the worst September of fires since 2010. Until Sunday (25), there were 36,850 fires in the biome, according to data from Inpe (National Institute for Space Research).

The month has been critical since its early days. In the first week of September, three days recorded consecutively more than 3,000 hotspots. A sequence of such high values ​​in September has not happened at least since 2007.

On the day the country celebrated the Bicentennial of Independence, the Amazon burned and surpassed the record of fire throughout the month of September last year.

Fires are directly linked to deforestation. Deforesters cut down the forest, wait for it to dry, and then use fire to “clean” the site for activities, especially livestock. Land grabbing is also something that is often associated with deforestation and fires in the Amazon (clearing is even used as a form of “claiming” land tenure).

In addition to September, August was also a record month. The Amazon had the month of August with the most fires since 2010. In the 31 days of the month in question, 33,116 fires were registered, according to data from Inpe.

With the link between fire and forest clearing, it is not surprising that deforestation levels are also high. Deforestation in the Amazon in August this year exploded in relation to the same month last year. 1,661 km² of forest were cut down, an increase of 81% compared to 2021 data. The value is the second highest observed in August in the recent history of the biome, since 2015, second only to 2019, the first year of the Bolsonaro government.

Since the beginning of his government, Bolsonaro has been criticized for his speech in which he accuses environmental inspection agencies of promoting an alleged “fine industry”, something that has never been proven by the current president. Bolsonaro, during his administration, also minimized the data of deforestation and increasing fires in the biome – researchers and environmentalists have claimed, since the beginning of the current government, that this type of discourse could end up being read as an incentive for environmental crimes.