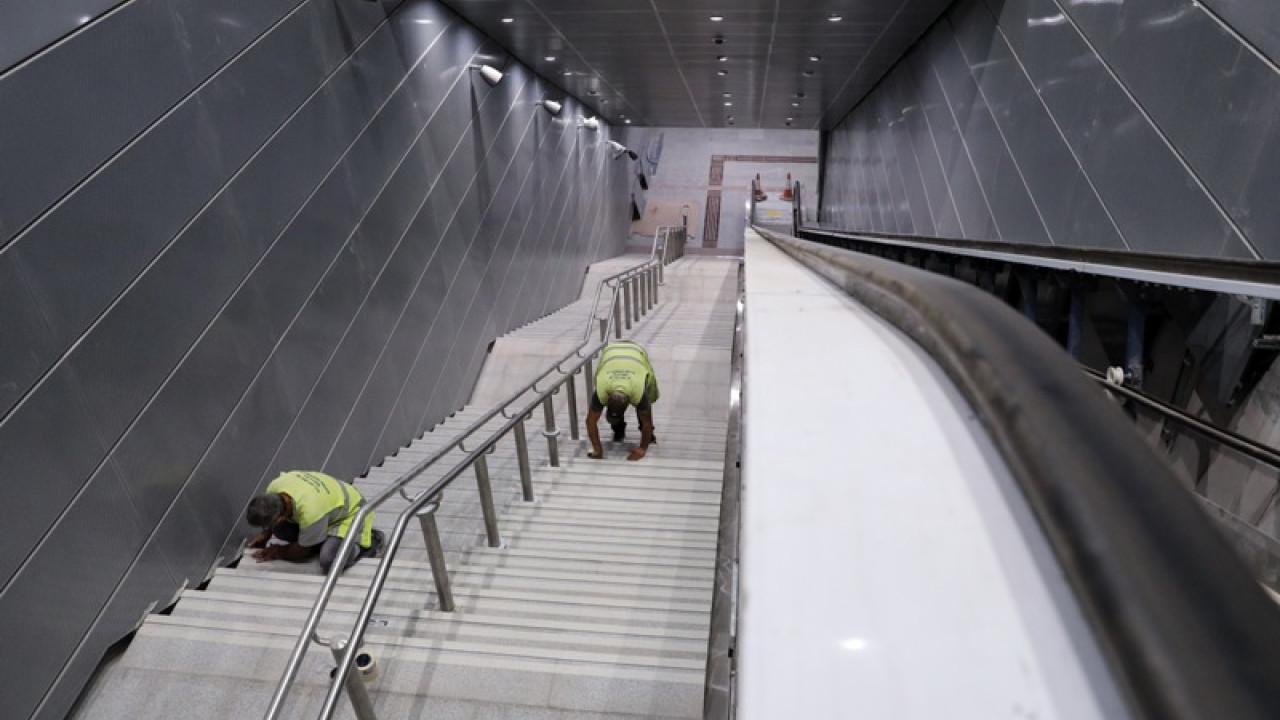 Karagiannis: The metro has arrived in Piraeus, its operation is a matter of days – On the final stretch in Thessaloniki too

In less than an hour airport- Piraeus by metro. More than 340,000 passengers will travel daily on Metro line 4. At the end of 2023 the metro in Thessaloniki.

In the coming days, the extension of Line 3 to Piraeus will be put into operation, as announced by the Deputy Minister of Infrastructure and Transport, Giorgos Karagiannis.

Speaking to ERT, the deputy minister pointed out the significant benefits of the extensions of Lines 3 and 4 of the metro, which will arise for all residents of Athens, but also for the environment.

“We have managed to complete major infrastructure projects in the midst of a health crisis, an energy crisis and the crisis in the supply chain” noted Mr. Karagiannis and added that with the operation of the metro in Piraeus the country’s largest airport will be connected to the largest port in less than an hour.

The trial routes for Line 4 of the metro started last Tuesday. As the deputy minister pointed out, “every day an additional 340,000 passengers will travel with this particular line alone, while 2,000 new trees will be planted in Athens, as, for the first time, in collaboration with the Municipality of Athens, architectural competitions will be held for the regeneration of the squares”.

Regarding the reactions centered on the station in Exarcheion Square, Mr. Karagiannis was clear: “Metro projects are planned on the basis of scientific studies, which determine where the stations will be located. An organized minority is trying to keep an area of ​​Athens in the limelight. The reactions are not based anywhere, in any scientific evidence”.

“The metro brings growth, life, light. If some minorities want to keep an area of ​​Athens in the semi-light, the government of Kyriakos Mitsotakis will not allow it”, explained the Deputy Minister of Infrastructure.

He added that “those of us who move around the city every day realize how necessary it is to expand the metro, the suburban train, to expand the Attica Road. If these projects are not done, the situation will get worse in the coming years.”

As Mr. Karagiannis made known, by the end of 2022 the project of extending Line 2 to Ilion will also be announced, to be followed in the next phase by the extensions to Menidi and Zephyri.

The Deputy Minister of Infrastructure asked “that infrastructure projects should not be used as political tools or used by parties, as was done with the Thessaloniki metro, because they belong to the citizens and have no color”.

He estimated that the residents of the wider center of Athens realize how necessary the metro is, a means that, as he said, “addresses all citizens, is the most environmentally friendly, the most popular, social and economic means of transportation.”

Regarding the timetable, Mr. Karagiannis pointed out that “the completion horizon of Line 4 is seven years, at the end, that is, 2029”, adding that “for its construction we are largely using underground excavation to limit the disturbance , which is happening for the first time”.

On the final stretch for the Thessaloniki metro

Regarding the Thessaloniki metro, Mr. Karagiannis underlined that “the project is now in the final stretch. The metro will be finished at the end of 2023.” “I was in Thessaloniki when the metro started and after so many years it has not been completed. The disbelief and skepticism of the residents is reasonable. We cannot make infrastructure projects a field of political confrontation,” he added.

The Deputy Minister of Infrastructure noted that, now, “spaces are being freed up in Thessaloniki. The metro will be one of the most modern in Europe and at the end of 2023 the city will have both a metro and an ancient one.”

In the coming days the signatures for the Flyover

Regarding FlyOver, as Mr. Karagiannis announced, “in the immediate future we will sign the contract, which has come from the Auditing Council. The project has a construction time of four years and is going to free the city from traffic jams as it will double the volume of vehicles served per hour, from 5,000 today to 10,000 per direction.”

The railway is made by a great patient a great protagonist

Mr. Karagiannis also referred to the initiative of the Ministry of Infrastructure and Transport to proceed with the separation of OSE and ERGOSE, which – now – have clear responsibilities.

“The goal is to turn the railway from a big patient, to the big protagonist”, he emphasized, explaining that “in Greece we started projects worth around 4.5 billion euros”.

“Our attention is focused on organizing and building a serious railway network, connected to the country’s ports. In a changing world, there could not be a connection between the ports and the railway,” he pointed out.

Facebook
Twitter
Pinterest
WhatsApp
Previous article
Belgium: ‘Dinner in the dark’ due to energy crisis – ‘The idea is to go back to the cave age’
Next article
After Finland and Norway is considering closing the borders to Russian tourists