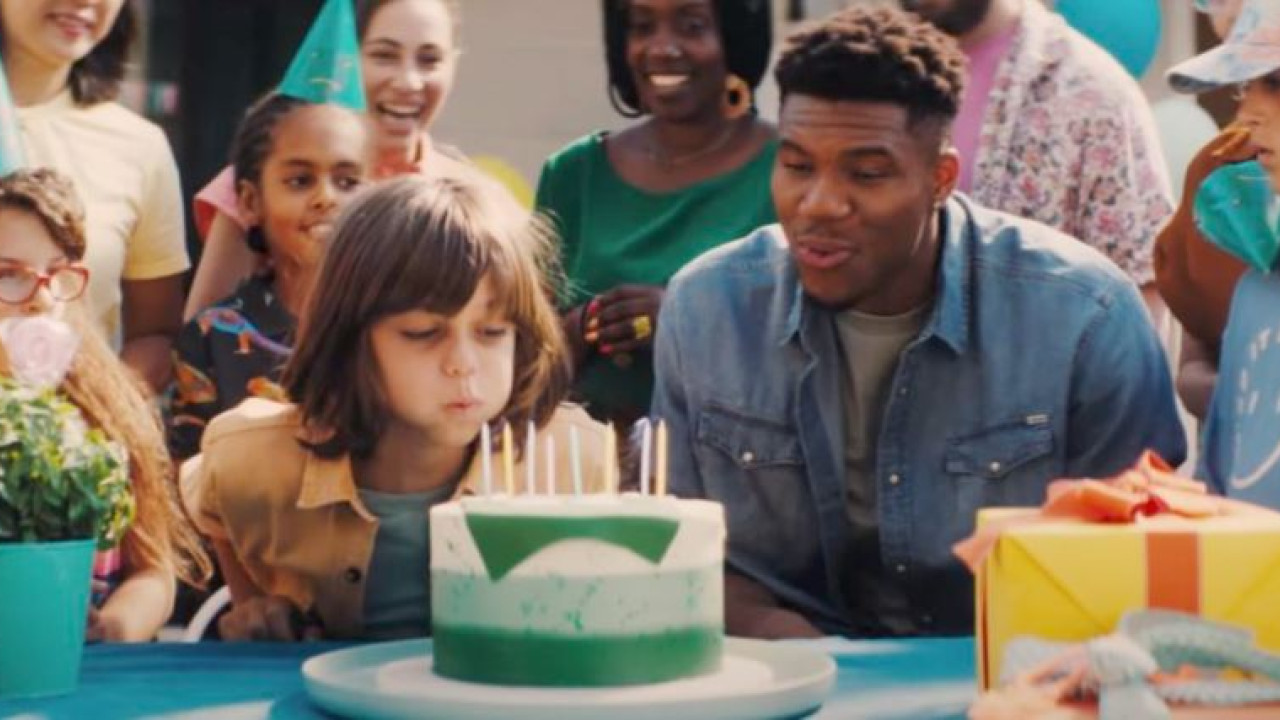 The ad that… “breaks” with Giannis Antetokounmpo – Meet the 9-year-old Achilleas from Larissa who is co-starring!

Achilleas is a student in the fourth grade of Primary School and lives with his family in Anavyssos, Attica

Even though he comes from a football family, with his grandfather being an old glory of AEL, he himself has been playing in the “fields” of publicity and modeling since his early childhood. THE Achilleas Douvlataniotisat the age of just 9, has made the television camera… adore him, with the huge NBA star by his side, Giannis Antetokounmpo.

The two recently collaborated on the needs of an advertising campaign for a betting company, whose central figure is the Greek basketball player who breaks one record after another on the other side of the Atlantic.

Achilleas is currently a student in the fourth grade of Primary School. He lives with his family in Anavyssos, Attica, while he is the grandson of the former glory of AEL, Thymios Mausidis. He loves sports, swimming and Tae Kwo Do, while his favorite food is pasticcio.

Along with his studies, but also the normal life of a nine-year-old, he also pursues a career as a model, being registered with the agency New models Attica.

See what Achilles says about himself

The script of the ad shows little Achilles asking his mother to invite his friend Giannis to his birthday party, but she doesn’t know him. In the school report, the teacher remarks on him because he wrote about “an imaginary” and not a real friend, as he claims. But the little one is undaunted and believes that Giannis will come to the party and that’s why even while the candles on the cake are waiting for him to blow them out, he is a little more patient. And suddenly… Giannis Antetokounmpo appears and the candles go out together!

See photos from the commercial shot in Ekali:

Facebook
Twitter
Pinterest
WhatsApp
Previous article
Nikos Panagiotopoulos: The military leadership has the absolute support of all of us
Next article
Opinion – Bruno Gualano: No meat, no muscle?