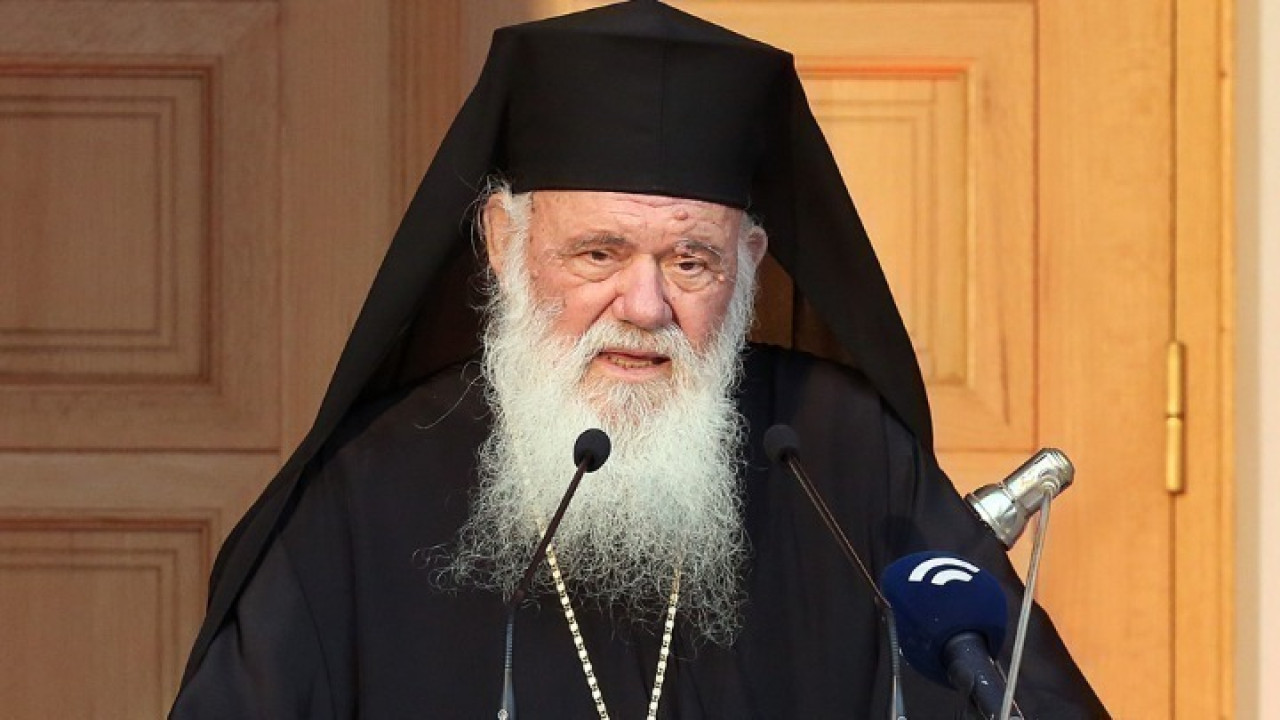 Archbishop Hieronymos: The phenomenon of violence against women is unacceptable and condemnable

The event took place on Tuesday afternoon in the meeting room of the Holy Synod of the Hierarchy of the Church of Greece, and was broadcast live over the internet.

“The various phenomena of psychological and physical violence against women are considered absolutely unacceptable and condemned by the Holy Bible, our church tradition and Christian ethics in general. And this, because it is impossible for violence to coexist with love, since in violence lies malice, selfishness, the shadow of death, while in love shines the light of heaven, humility, joy, the peace of God”. said, among others, Archbishop Hieronymos during the greeting he addressed at the presentation of the collective volume “Women in the shadow of violence. Pastoral responsibility and the perspective of Religions”.

“If ‘God is love and he who abides in love abides in God and God abides in him’ (I John. 4, 16) then the man who uses violence against his fellow man is not inspired by love and freedom of God, but from hatred, exploitation and indecency. Therefore, let us contribute with all our forces to the effective treatment of violence, which tarnishes civilization, makes man inhuman, abolishes respect, dignity and fights against life itself”, said the Archbishop.

The event took place on Tuesday afternoon in the meeting room of the Holy Synod of the Hierarchy of the Church of Greece, and was broadcast live over the internet. It was attended by several high priests, muftis of Thrace, the regional governor of Attica, Giorgos Patoulis, the governor of Religion, Giorgos Kalantzis, MP Anna Karamanli (chairman of the parliamentary committee for Equality, Youth and Human Rights), clergy and laity.

In addition, the Primate of the Greek Church noted, among other things, that “the book in question is the fruit of the work of a pilot conference of the Holy Synod of the Church of Greece, especially for the Holy Metropolises of Thrace. The conference, which we organized jointly with the general secretariat of Religions of the Ministry of Education and Religions, took place at the Anthimio cultural center of Alexandroupolis from September 28 to 30, 2018, with the Metropolitan of Alexandroupolis ‘Anthimos’ as guest. The important suggestions of the selected speakers contributed to the essential information of the more than 100 delegates, Greek citizens, members of both the Christian and the Muslim community, on the views of the two great monotheistic religions, the Orthodox Christian Church and Islam, regarding the matter at hand”.

“In addition”, he emphasized, “they contributed to the further cultivation of a fruitful reflection, through dialogue, with the aim of mutual understanding and joint efforts to deal with the phenomena of domestic, and not only, violence. Today, the Special Synodal Committee on special pastoral issues and situations is handing over to us the aforementioned remarkable book, which was published with the brave sponsorship of the Region of Attica, which contains the minutes of the Alexandroupolis conference. We praise the effort, we congratulate those who worked hard and we hope that his study will contribute to the proper management of violence problems.”

Afterwards, greetings were addressed by the Metropolitan of Alexandroupolis, Anthimos, the mufti of Didymoteicho Osman Hamza, the g.y. of Religion, Giorgos Kalantzis, and the regional governor of Attica, Giorgos Patoulis.

The event was coordinated by the Metropolitan of Ilio, Acharna and Petropolis, Athenagoras, president of the special synodal committee on Special Pastoral Issues and Situations, while the collective volume was presented with their suggestions by Angeliki Ziaga, professor of the Theology Department of the School of Theology of the AUTH, Ilknur Kigitzi, professor of the Turkish language and Hara Karagiannopoulou, assistant professor of the Department of International European and Regional Studies of the Pantheon University of Athens.

This collective volume is typically the essence of the conference co-organized by the special synodal committee on Special Pastoral Issues and Situations, the general secretariat of Religions, the Diocese of Alexandroupolis and the Women’s Affairs service of the Youth and Family Foundation of the Archdiocese of Athens. In essence, it is the result of a long effort, in a context of multi-rooted activities to cultivate synergies and take initiatives in the field of human care.

Besides, the actions of the Church of Greece for the prevention of domestic violence are many. There is an information, awareness and referral hotline for such incidents. Informative material has been published, while training seminars for catechists, workshops, gatherings and scientific conferences are held.