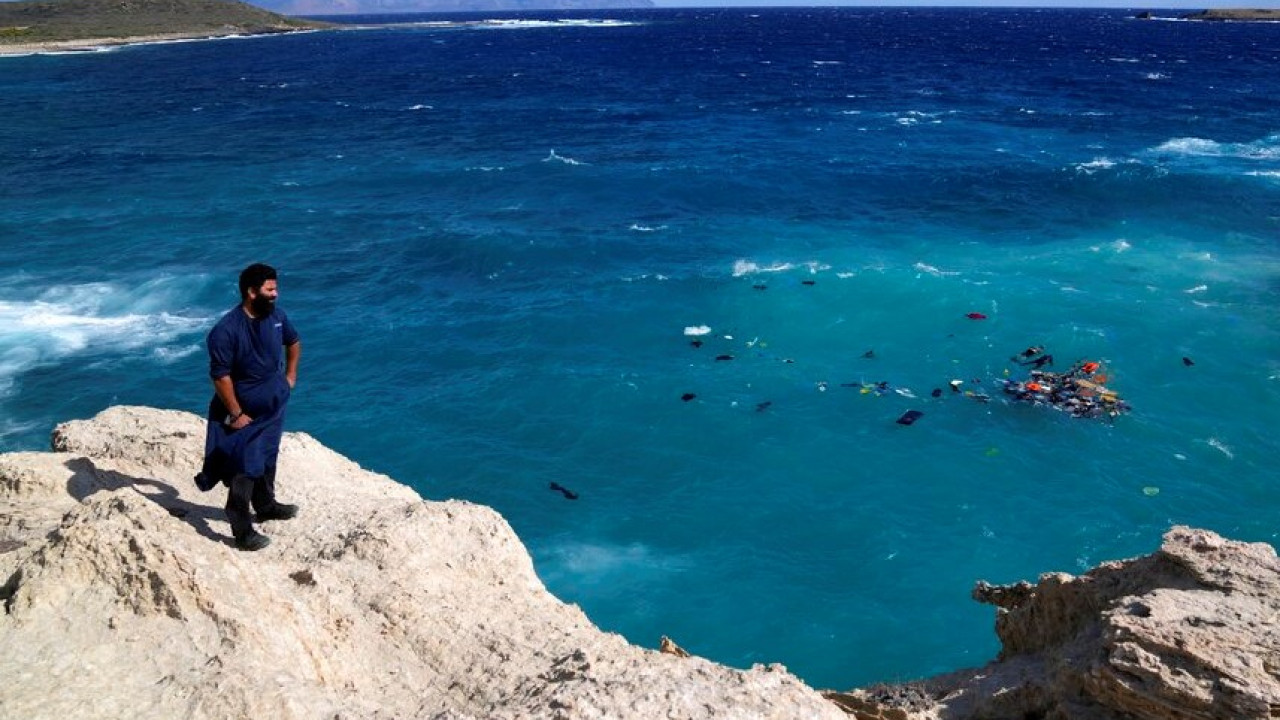 Coast Guard for the shipwreck in Kythira: In Turkey, the masterminds of the ring

The criminal organization allegedly collected the sum of €9,000 – €10,000 for transporting the migrants from the Turkish coast to Italy.

A 26-year-old Syrian trafficker was arrested after the tragic shipwreck that occurred last week in Kythira, and another is missing.

8 migrants lost their lives in the wreck of the sailboat, according to the report so far.

As the statement of the Coast Guard states, the smuggler was part of a ring based in Turkey, from where he received orders, while the criminal organization allegedly collected the sum of €9,000 – €10,000 for transporting the migrants from the Turkish shores to Italy.

The announcement in detail:

In reference to the broad operation of search and rescue of foreigners on board a sailing vessel, in the sea area of ​​the port of Diakofti, Kythira, which was launched by the Coast Guard – Hellenic Coast Guard on 05.10.2022, with the rescue of a total of 80 people and the recovery of a total of 08 bodies , it emerged that during the preliminary investigation procedure carried out by Kythira Port Authority officials, with the assistance of officials from the Maritime Border Security and Protection Directorate (DAPTHAS), the involvement of a 26-year-old foreign smuggler, of Syrian nationality, who was on board the sailing vessel, and arrested for violations of articles 187 of the Criminal Code (criminal organization), 83 Law 3386/05 (illegal entry), 29 Law 4251/14 (facilitating the entry into Greek territory of citizens of third countries without undergoing the prescribed control), 30 Law 4251 /14 (obligations of carriers-sanctions), 306 P.C. (exposure to life at risk), 302 P.C. (manslaughter by negligence) and 277 P.C. (causing shipwreck).

Specifically the above arrested foreigner was acting together with another Egyptian trafficker-operator, who is missing after the shipwreck, and following orders from other traffickers with a leading role residing in Turkey.

A superior criminal organization allegedly collected the amount of €9,000 – €10,000 for transporting the migrants from the Turkish coast to Italy.

The Maritime Border Security and Protection Directorate (DAPTHAS) analyzes and processes in depth the evidence that has emerged and investigates the possible extension of the activities of the members of the criminal organization in question to other islands of the Aegean, as well as their cooperation with other members of organized circuits, both in our country and abroad, with the same or similar criminal activities.