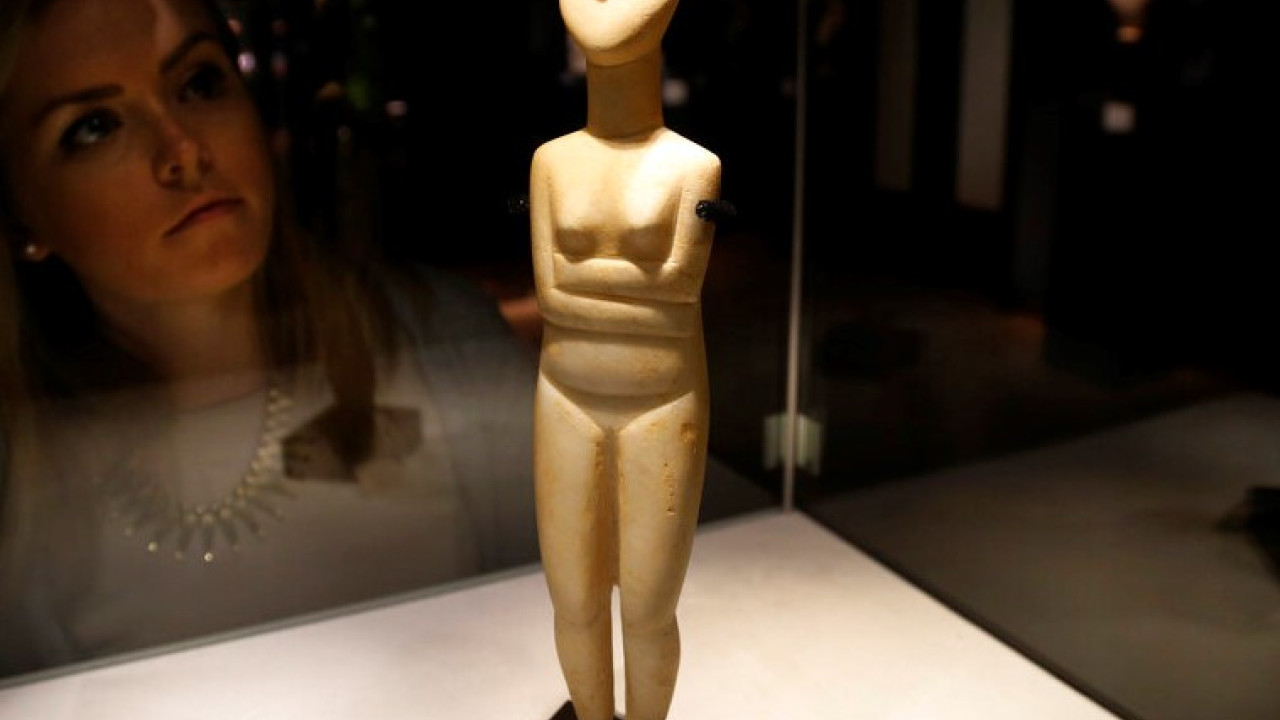 Reactions to the Cycladic antiquities housed in a Foundation based in Delaware, USA and will be granted to the New York Met for 50 years.

The Association of Hellenic Archaeologists (SEA) and the Association of Extraordinary Archaeologists (SEKA) appealed to the Environmental Protection Prosecutor (competent also for issues of antiquities theft) of the Athens Prosecutor’s Office, requesting an investigation into the origin of the 161 objects of the “Stern Collection”, the Cycladic antiquities that they are in a Foundation based in Delaware, USA and will be granted to the New York Met for 50 years.

After an agreement with the Greek state, some of them will periodically come to Greece and be exhibited in the private Museum of Cycladic Art of the Goulandris Foundation in Greece.

One of the world’s most significant privately assembled collections of Cycladic antiquities will be going on display at the Met Museum, part of a novel arrangement that includes an acknowledgment that it belongs to the Greek state. https://t.co/dwv53ApaP6

As the two associations of archaeologists inform in their announcement, “the report filed on 11/10/2022, is accompanied by all the indications of collaboration of L. Stern with Symes, condemned internationally for antiquities, the identification of figurine no. 29 of the “Collection” with the record of the antiquities dealer and illegal trafficker Gianfranko Becchina, who was convicted of antiquities, the rendering of figurines of the Stern Collection with antiquities on the island of Keros and the set of finds that were smuggled out of the country (“Treasure of Keros” ), as well as the indications that there are other undeclared Greek antiquities in the hands of American citizen L. Stern”.

“Especially for the Wax,” the announcement continues, “from which the figurines numbered 111, 138, 157, 177, 181 of the Stern Collection come, the Associations point out that the archaeological identifications “are a serious indication, which needs further investigation, that these objects are findings of illegal excavation and illegal trafficking outside the country””.

In her earlier speech, Lina Mendoni had stated that the Ministry of Culture had no evidence that items from the Stern collection had been illegally exported.