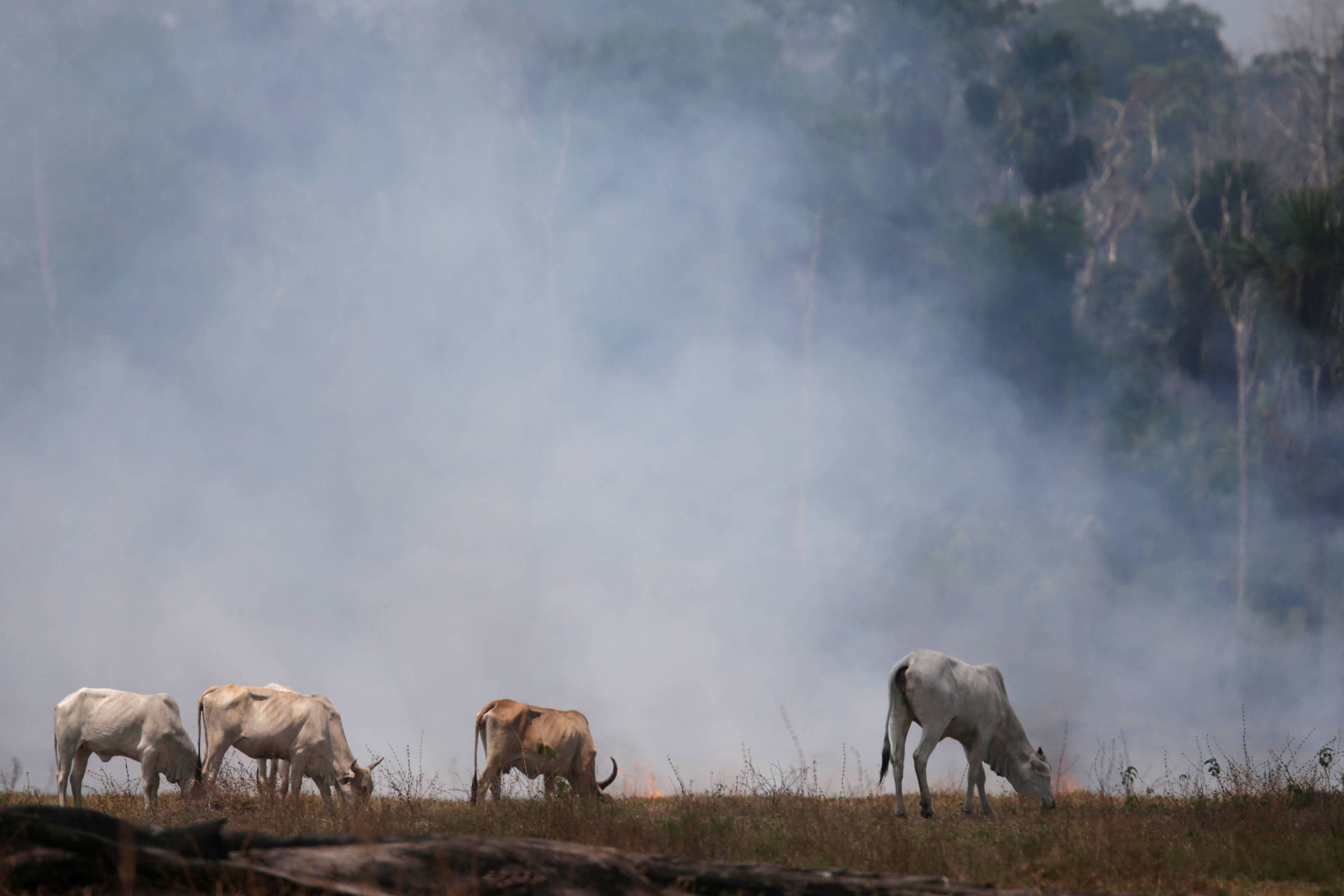 Brazil could reduce methane emissions by 36% by 2030, says analysis

Last year Brazil committed to collaborating with a global target of a 30% reduction in methane gas emissions by 2030. But, at the current rate, it should reach the end of the decade with a 7% increase in methane emissions, the second substance that contributes most to global warming and comes mainly from agriculture.

This is what an analysis released this Monday (17) by the Climate Observatory shows, based on calculations by the SEEG (Greenhouse Gas Emissions Estimation System) that evaluated the current trajectory of gas emissions.

The work also considered the emission reduction potential of a series of measures already available in the country and concluded that, if they were widely adopted, they would lead to a 36% reduction in the problem.

The report “Challenges and Opportunities for Reducing Methane Emissions in Brazil” points out the paths to this and suggests that the country assumes its own target, in line with the voluntary global commitment signed by around 120 countries last year during COP26, the climate conference of the UN held in Glasgow.

The methane (CH4), like carbon dioxide, is a gas that, in excessive concentrations in the atmosphere, retains heat on the planet, collaborating with global warming. It is the second main greenhouse gas, but it tends to appear less in discussions because it is emitted, globally, in much smaller quantities than CO.two.

In 2020, humanity emitted 52 billion tons of COtwo, against 364 million tons of methane. Only one molecule of CH4 has a much higher heating potential: 28 times more than a molecule of COtwo over a hundred years. In the short term, in 20 years, the warming potential is 80 times. Half of the increase in the planet’s temperature observed today is due to methane emissions.

Another difference is that the CH4 has a much shorter half-life than COtwo —less than 20 years, against more than 100—, which means that reducing their emissions can have a faster effect on containing global warming, allowing humanity to buy time to gradually get rid of fossil fuels, maintaining the goal of containing 1.5°C of global warming by the end of the century.

“As it has a short life and is more potent, if methane emissions were all zeroed, in a period of 12, 13 years there would no longer be its effect on the atmosphere. In a period of 20 years, to have the same effect of the reduction of 1 million tons of methane, it would be necessary to capture 80 million tons of COtwo“, explains Tasso Azevedo, coordinator of Seeg.

“What matters is now. All the greenhouse gases that are in the atmosphere are warming the planet. It is cumulative, so aiming to eliminate methane, short-lived gases with greater potential, is to achieve a quick effect to gain time “, he adds.

Brazil can play an important role in this global math because it is the fifth largest emitter of methane in the world, accounting for 5.5% of global gas emissions, according to Seeg. Our methane footprint is larger than our footprint in total greenhouse gas emissions. Looking at all the gases, the country contributes with 3.3% of the planet’s emissions.

According to the survey, the majority (72%) of methane emissions in Brazil come from agriculture, mainly from the enteric fermentation of cattle. Of the 21.7 million tons of CH4 issued in 2020 in the country, more than half (11.5 million) came from the famous ox burp.

Emissions from landfills and sewage are in second place (16%). The burning of forests, which is one of the main sources of COtwo in the country, it also emits methane (9% of gas emissions). And the energy and industrial processes sector accounts for 3%.

The researchers claim that the adoption of a set of measures already available in all these sectors could lead to a reduction of 36.4% in methane emissions by the end of the decade. These are measures and technologies that currently have little investment and are only adopted on a small scale, such as those provided for in the so-called ABC plan (low carbon agriculture).

It is in livestock where the greatest potential for emission reductions are found. Better pasture management, for example, so that the animal eats more green mass and less straw —or more energy compound and less fiber— improves its digestion. The more fiber, the more cellulose and it is in the process of cellulose digestion, which is difficult and time-consuming, that more methane is generated.

On the other hand, when eating a better pasture, the animal gets fat faster, which also allows for an earlier slaughter. The older the ox, the more it emits. There are also possibilities to make genetic improvements in cattle so that they have greater productivity, gain weight faster or have less methane processing in the digestive system, for example.

The country already has, since 2020, a program to encourage these measures, the ABC, but only 2% of rural credit is destined to finance these techniques. “Today, there should be no more incentives for non-low carbon livestock. All public funding should go to that. Because it is not lost with the low carbon practice. These are all measures with clear co-benefits, of increasing production”, says Azevedo.

“There is still a distance between those who own the technology and those who apply it in the field. It is often a financial barrier, lack of incentive, difficulty in accessing credit. But there is also a cultural barrier. The producer does not always understand the benefit, he thinks which is just environmental, but most of the time they are measures that bring greater efficiency and greater gains in productivity”, adds Renata Fragoso Potenza, coordinator of climate and emissions projects at Imaflora, responsible for the agricultural part of the survey.

The report also suggests practices for the waste sector, such as the use of methane produced in landfills to generate energy; the replacement of wood burning in urban environments, in addition to obvious measures such as improved sanitation and an end to fires.