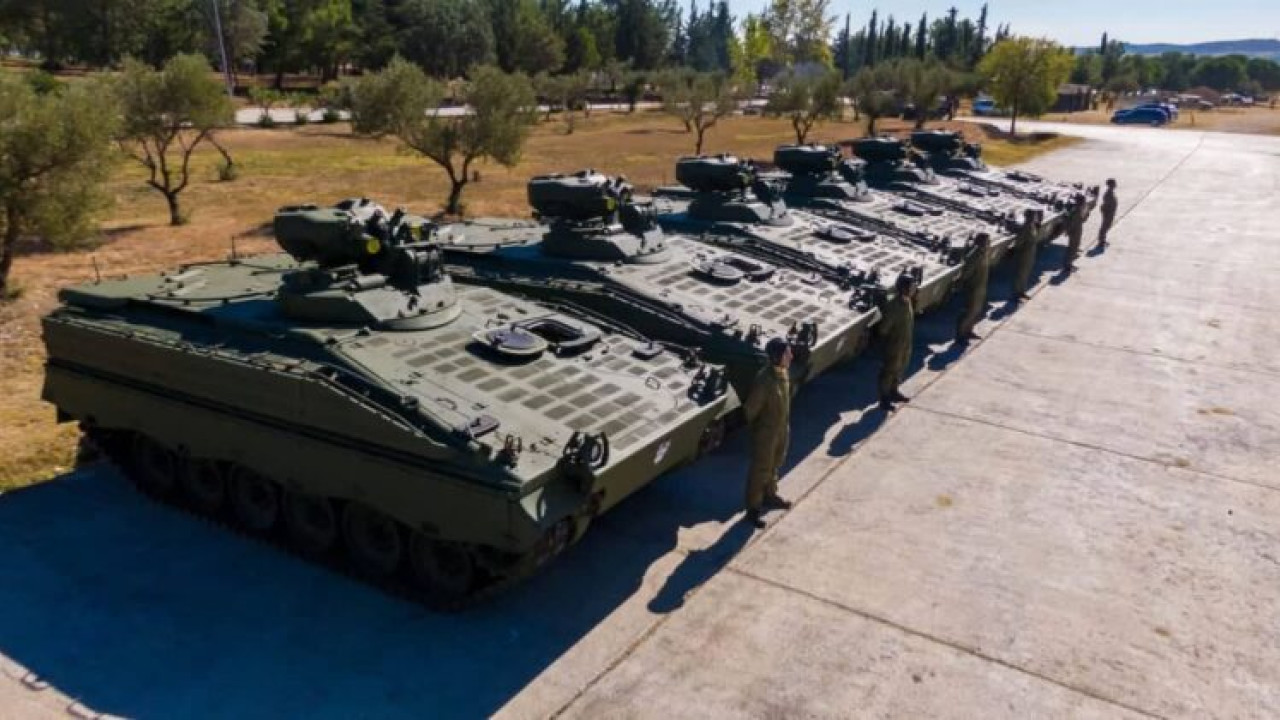 Rafale and Marder armored fighting vehicles at the October 28 parade

Rafale EG and Rafale DG fighter jets with the colors of the country’s PA, will fly for the first time in the sky of Thessaloniki.

Next Monday, October 24, from nine in the morning and for about two hours, the test parade is expected to take place in preparation for the big military parade of October 28th. The final designs include the appearance of new systems such as Armored Combat Vehicles (AMVs) Marder 1A3, the first of the series that Greece receives these days, but also the participation in the aerial crossings of the French 4++ Generation Rafale EG and Rafale DG fighter aircraft with the colors of the PA of the country, in their first appearance in the sky of Thessaloniki .

The Greek fighters Rafalesix of which have been received by the Hellenic Air Force at the beginning of the year, with the coat of arms on their wings, will perform passes over the parade ground in single and two-seater versions.

She will be too the first in a parade for the anniversary of NO” in the presence of a 4++ generation Greek fighter aircraft since the creation of the Air Force.

The aircraft are based at 114 Fighter Wing at Tanagra and belong to 332 Squadron with the callsign ‘Hawk’. The specific type joined the PA arsenal in 2021 under contract 013C/20, with which the PA procured 18 aircraft, a contract based on which 14 single-seat Rafale EG and 4 two-seat Rafale DG will be delivered, while it was subsequently decided to supply an additional six aircraft. The first six Rafales arrived in Greece on January 19, 2022. This is the fighter that can cover multiple roles at the same time (omnirole fighter), allowing different missions to be carried out during the same flight. It has 14 docking stations and can carry up to 9.5 tons of external cargo and a large number of weapons, including the long-range Meteor air-to-air missile, MICA EM and IR missiles, SCALP EG cruise missile and air-to-air missile – surface Exocet AM39 Block 2 Mod 2, precision weapons such as GBU 12/16/24 and AASM, as well as a 30mm cannon.

Above Thessaloniki during the parade, however, all types of fighters of the Greek Air Force will be found. In addition to the “tip of the spear”, the Rafales that will come directly from their “nest”, the residents of Thessaloniki will observe the passage of F-16, Mirage 2000-5 and F-4E Phantom fighters. The joint appearance of the F-16 of the “ZEUS” air show group is also expected to be impressive, which based on the current design will perform a crossing together with the Spitfire MJ 755, the historic fighter that is a static exhibit at the Air Force Museum, thanks to charitable foundation “IKAROS” and after its reconstruction in Great Britain, it flies again in the Greek skies, for the first time in a parade with a Greek pilot at the controls.

The first presence of Marder 1A3 in Thessaloniki

On the same day, German Marder 1A3 Armored Fighting Vehicles (AVMs) that are to be operationally included in the ES are also expected to parade in Thessaloniki as, as already mentioned from the floor of the Parliament by the Minister of Defense Nikolaos Panagiotopoulos, the first ten Marder 1A3 AVMs out of 40 TOMA of the type that Greece receives from Germany, the goal was to arrive in our country by October 21. The time milestone had been discussed with the German side so that the presentation of the first Greek Marder 1A3s would take place at the Thessaloniki parade.

Ten of the 40 TOMA vehicles, which belonged to the German Rheinmetall and have been inspected by a commission of Greek Army officers, through an interstate agreement pass to the ED of Greece as they were combined with the concession of 40 armored combat vehicles, obsolete BMP-1 Ost to Ukraine and these are being replaced in the Greek arsenal. Before the TOMAs arrived in Greece, they went through factory-level restoration work, while it has been agreed that in addition to the modernization of some of the systems they have, they will be accompanied by quantities of spare parts that will be able to ensure their operational availability for a given period of time.

After their first appearance at the Thessaloniki parade, the Marder 1A3s are then expected to be transferred to PEV for the necessary checks so that they can be promoted to the area of ​​responsibility of the 4th Army Corps and offer an upgrade to the maneuverability of the Greek Infantry by operating alongside various versions of Greek tanks, such as the Leopard 2A4 and Leopard 2A6 HEL.

A ring of drug dealers was dismantled in Nafplion, with activity in Athens and Santorini