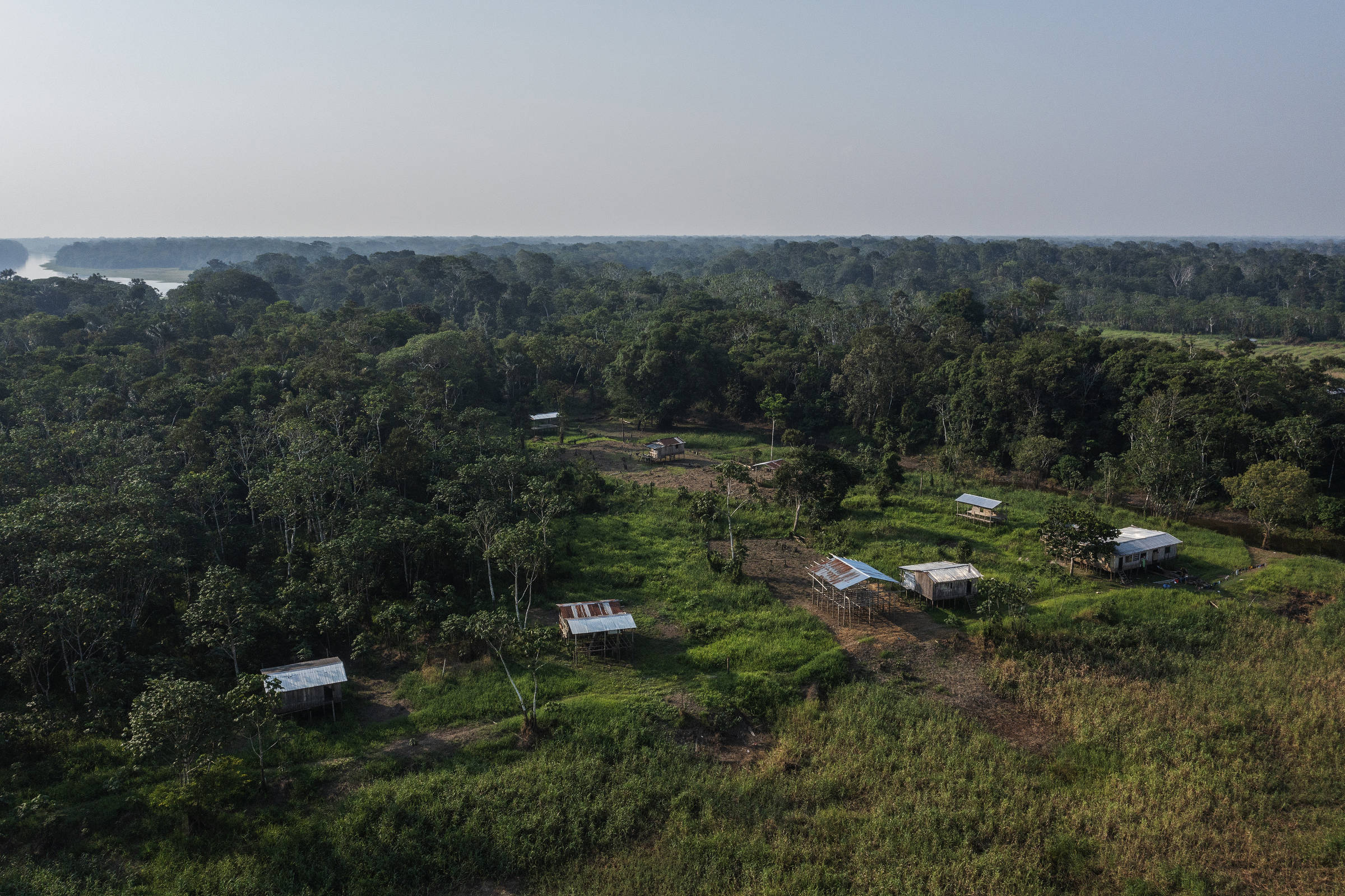 Whoever walks through Boca do Mucura, in the region of the middle Solimões River, has the feeling of walking through a ghost land. At least until reaching the house of the tuxaua (cacique) Franciney Silva de Lima, 35.

“Not even if I stay alone at Mucura, but I don’t leave. It’s from here that I get my fish, my watermelon, my livelihood”, he says. Franciney lives with his wife, Neila, and their five children in the indigenous land, which is located on an islet near Fonte Boa (AM), a city in Solimões accessed only by water and air.

The family is one of six remaining in the territory. Before, there were 22. Most of the wooden houses with zinc roofs were abandoned. The carcasses of these dwellings were left behind and were taken over by the bush. In some cases, the wood used in the buildings was removed.

“We are now six families. There were seven of us, but a teacher’s daughter died in the last flood, and the family can’t bear to go home again,” says Franciney.

The indigenous people of the land are kokamas, present in different parts of the Solimões and targets of several forced displacements over the centuries. The relationship with cities has become more constant in recent decades. Demarcation processes try to ensure the relationship with the land.

Boca do Mucura is one of the territories in the queue for demarcation. The MPF (Ministério Público Federal) opened a public civil inquiry to investigate land conflicts between the local kokamas and a cattle rancher, who claimed ownership of the space.

A lawsuit asked for the demarcation of the territory, in favor of the indigenous people, and the Federal Justice in Amazonas agreed. Funai (Fundação Nacional do Índio) was ordered, in November 2016, to complete the process within three years. After almost six years, the phase is not even one of studies by a technical group.

THE Sheet requested, through the Access to Information Law, a copy of the process, but Funai under Jair Bolsonaro (PL) denied the supply, claiming to be a restricted access procedure. According to the agency, it is not a “demarcation procedure itself”, but an “indigenous land claim”.

Boca do Mucura became increasingly the target of invaders: fishermen, hunters and illegal loggers. Threats to families are frequent. “I’m going to take the shotgun and shoot you”, they say to those who resist staying there. “Today, they walk by armed, in the canal next to the house, and I don’t say anything anymore”, says Franciney.

The land has no energy or drinking water. The indigenous people fetch water with a can on their heads in Fonte Boa, more specifically at the port tap. Or dam rainwater.

The community lives by planting watermelon, cassava and corn, plus hunting and fishing. There is no more school. Franciney’s house has a makeshift classroom for eight students; he is the teacher.

The existing Catholic church was overthrown. The priest does not appear, the festivities of Santo Expedito no longer take place. Franciney and her family are now evangelicals.

Those who left try their luck in Fonte Boa. Whoever stayed wants to stay.

“We feel abandoned, but I only leave when I die”, says the tuxaua. “I try to call people back. ‘Let’s go to Mucura’. For now, they say they won’t come.”

The report was supported by the Amazon Rainforest Journalism Fund, in partnership with the Pulitzer Center.

Facebook
Twitter
Pinterest
WhatsApp
Previous article
Traffic accident in Imathia: The driver who ran over a mother with her 2 children was arrested
Next article
Italy: Draghi handed over power to Georgia Meloni – Her message to Kyriakos Mitsotakis