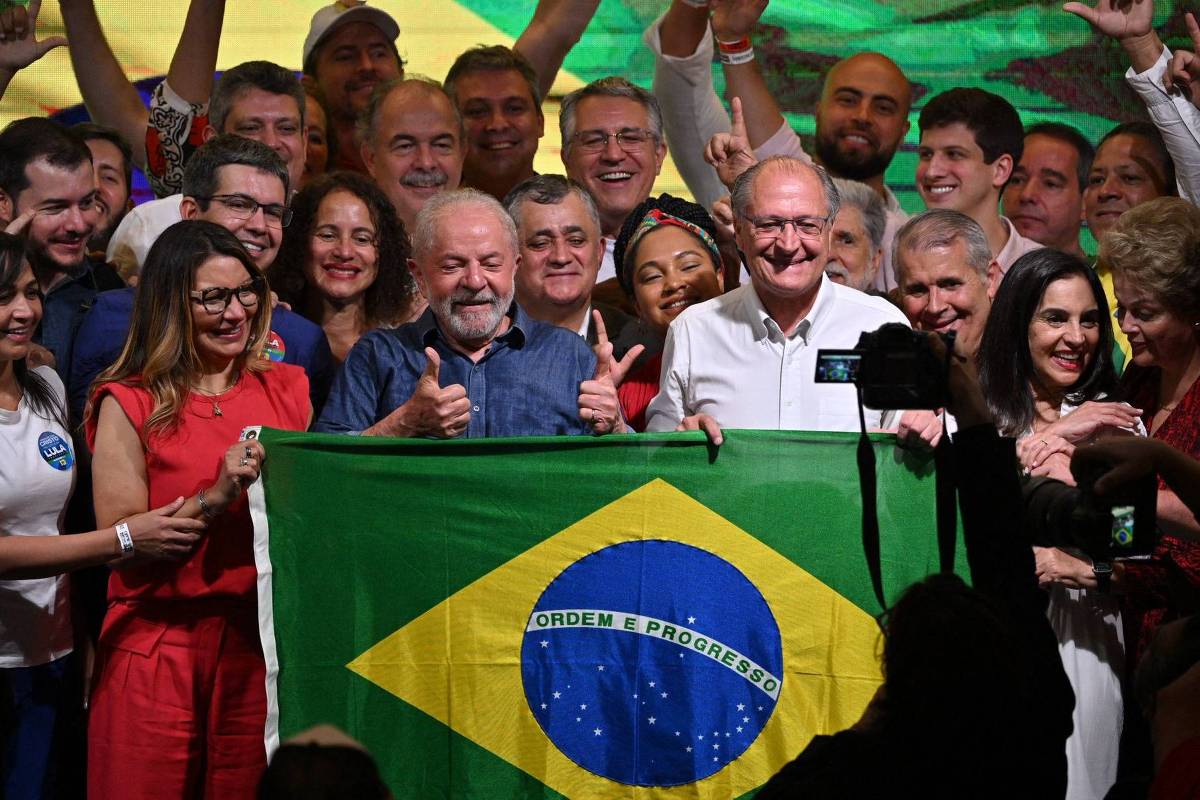 Lula can go to COP27 at the invitation of Helder Barbalho, governor of Pará

President-elect Lula (PT) was invited by the re-elected governor of Pará Helder Barbalho (MDB) to attend COP27, the UN (United Nations) conference on climate change, together with the delegation of governors of the Amazon.

THE Sheet confirmed the invitation, which was revealed in a report by the newspaper Valor Econômico on Monday (31). The governor of Pará spoke with the president-elect during the weekend, before the election.

In response, Lula said he was considering the possibility of going to COP27, which will take place from next Sunday (6th) in Sharm el-Sheikh, Egypt. At the beginning of this week, there was already a new contact between Lula’s and Barbalho’s teams to detail the agenda. The beginning of the UN climate conferences is usually attended by heads of state and government.

The governors of the Amazon created the Legal Amazon Consortium in the first year of the Jair Bolsonaro (PL) government. With the initiative, they were able to bypass the federal government to seek international funds. The consortium has already been present, for example, at COP26, in Glasgow, UK, last year.

This year, for the first time, the group should have a booth set up at the conference. The idea is that the space will receive guests and be a place to articulate partnerships — in addition to the stands maintained by the federal government and organized civil society.

Lula’s stance, if he actually goes to the conference, is opposite to what was seen during the Bolsonaro government. In addition to not going to the COPs — despite the traditional role that Brazil had in climate policy — Bolsonaro, newly elected at the time, also asked that COP25, in 2019, not take place in Brazil, as expected. The event took place in Madrid, Spain.

Bolsonaro, since the beginning of his government, has criticized environmental actions and NGOs. The start of his term has seen an explosion of deforestation, mounting international criticism and even unease between nations, given Bolsonaro’s attacks on other leaders and the economic pressure associated with the increasing destruction of the Amazon.

Thus, since then, Brazil ended up losing ground in global climate discussions.

If Lula confirms his trip to COP27, this will be one of the president’s first international trips since the election. Before Egypt, going to Argentina is among Lula’s plans.

In any case, the new government should already send representatives to COP27, according to Marina Silva, who was Minister of the Environment in the Lula government and a supporter of the current campaign.

The importance of the climate issue —which, in Brazil, is directly associated with deforestation and livestock—was highlighted in Lula’s victory speech this Sunday (30th).

“Brazil is ready to resume its leading role in the fight against the climate crisis, protecting all of our biomes, especially the Amazon rainforest,” he said. “Now, we are going to fight for zero deforestation in the Amazon. Brazil and the planet need a living Amazon.”

In his speech, Lula also promised to resume monitoring the Amazon, combat illegal activities and sustainable development for the region.