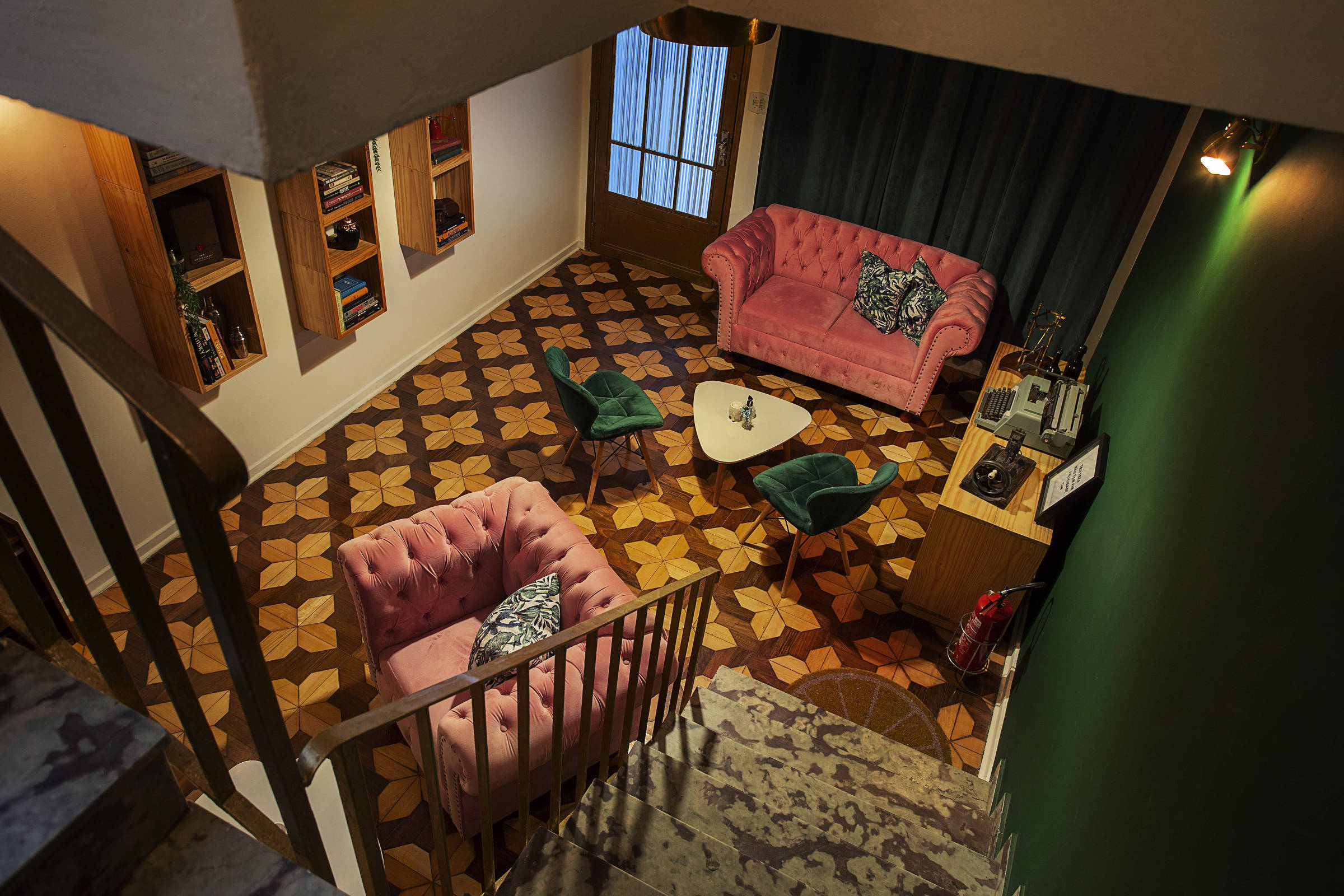 In the autumn of 1765, an old Parisian bakery made a revolution: it created a list of recipes with prices and started serving them on individual tables. Until then, only travelers ate out—or rather, hunted for a piece of collective table in hostels and submitted to a single dish.

From then on, the restaurant became a temple of gastronomy. And, although it should remain that way, it opens up new formats, more reserved, sometimes even secretive.

Viviane Gonçalves, for example, did not close the award-winning Chef Vivi, in Vila Madalena, but changed her ways — she put into practice Chef Vivi Casa, which receives six to 16 people at a time. To give shape to the project, she exchanged some tables for the installation of cold rooms and changed the opening hours.

Thus, Vivi gives herself the right to receive colleagues on some Monday nights, and even not open after such a night. In the garden of a 1950s property in Sumaré, the cook harvests PANCs, gets rid of weeds, “respects the gnomes”, replants them for the next season.

“Serving at my house is magical, it’s very different from a restaurant with the door open. It has a romanticism, a rescue of values”, he defends.

Its parallel universe looks like a grandmother’s house, flavored by the roast in the oven, and personalized menu and service. “It’s not about exquisite porcelain. It’s about how a real chef lives, who tries to deliver a cozy simplicity without giving up technique, much less ethical ingredients”, she replies.

With her dogs and cats properly “guarded”, Vivi has already served colleagues —such as chef Jun Sakamoto—, gastronomic critics on days off, and regulars of her restaurant’s 11 years.

On Sunday (6), she will receive her friend Roberta Sudbrack for a “warm up”. “On the 7th, we’re going to have a ‘Monday Session’ at the restaurant and, the day before, we’re going to get together in the backyard”, says Vivi.

If the night of the 7th at the restaurant is available via the instagram direct @chefvivicasa (the six-course menu costs R$360), the intimate convecote, which is already closed to the public, follows other rules.

“At home, I put together new menus. I remember my years in China, England and classics at the restaurant. It’s very free”, says Vivi, who deals with dates and times via WhatsApp.

Also in the west of the capital, with two cats and two dogs that do not suffer from frequent visits, Dadis Vilas Boas has put a dream into practice. His Pingue Aqui, in Vila Anglo, brought him an autonomy that the chef says he never enjoyed.

Vilas Boas can open one, two, three — or none — times a week, for up to 20 people, “no rain,” as advertised on Instagram. The reservation is made by DM (direct message) upon payment of an amount that varies between R$ 60 and R$ 90.

Knowing how many people will occupy her yard, and whether they have allergies or intolerances, Dadis goes shopping. Inputs, preferably organic, are found at Instituto Chão and partner suppliers.

Sea proteins can complement the list, as well as artisanal cheeses and sausages for pizzas inspired by the recipe of her grandmother, who had a pizzeria on the north coast of São Paulo.

For him, the system is ecologically, financially and humanly better, as it is not spent on food that will not be used. Also advantages are the less austere tax incidence, compared to a restaurant, and the fact that, in the intimate scheme, if the sous chef misses public transport hours, he will have a room there to “call his own”.

On the other side of Pauliceia, on the east side, mixologist Dudah Bonatto reinforces this new gastronomic scenario. “The pandemic brought me a feeling of anxiety to occupy the time. I had a huge living room, a huge kitchen and I decided to adapt everything. I joke that now I have a little room inside a bar”, she says.

In his Ada, there is no list of drinks or snacks, but “chapters” that follow one another. Today, there are three or five chapters, for R$120 or R$180, respectively.

The first of them evokes the indigenous legend of Eldorado and includes the Nahuas, a “mild but spicy episode” with tequila, tamarind and fennel.

“I turned the myth into a gastro-ethyl experience. I combine cocktails and snacks with the same ingredients to harmonize and reinforce the story. It’s a dash of gastronomy in the cocktail shop and a dash of cocktails in the kitchen”, defines Dudah.

To become one of the seven viewers on Wednesday, Thursday or Friday nights, you must book via Instagram 24 hours in advance. The deadline is so that, in addition to tidying the house, it is possible to understand how many and which drinks will be made.

“It could be a vegan, a pregnant woman or someone with allergies. To avoid surprises, I respond to messages with a questionnaire”, he explains.