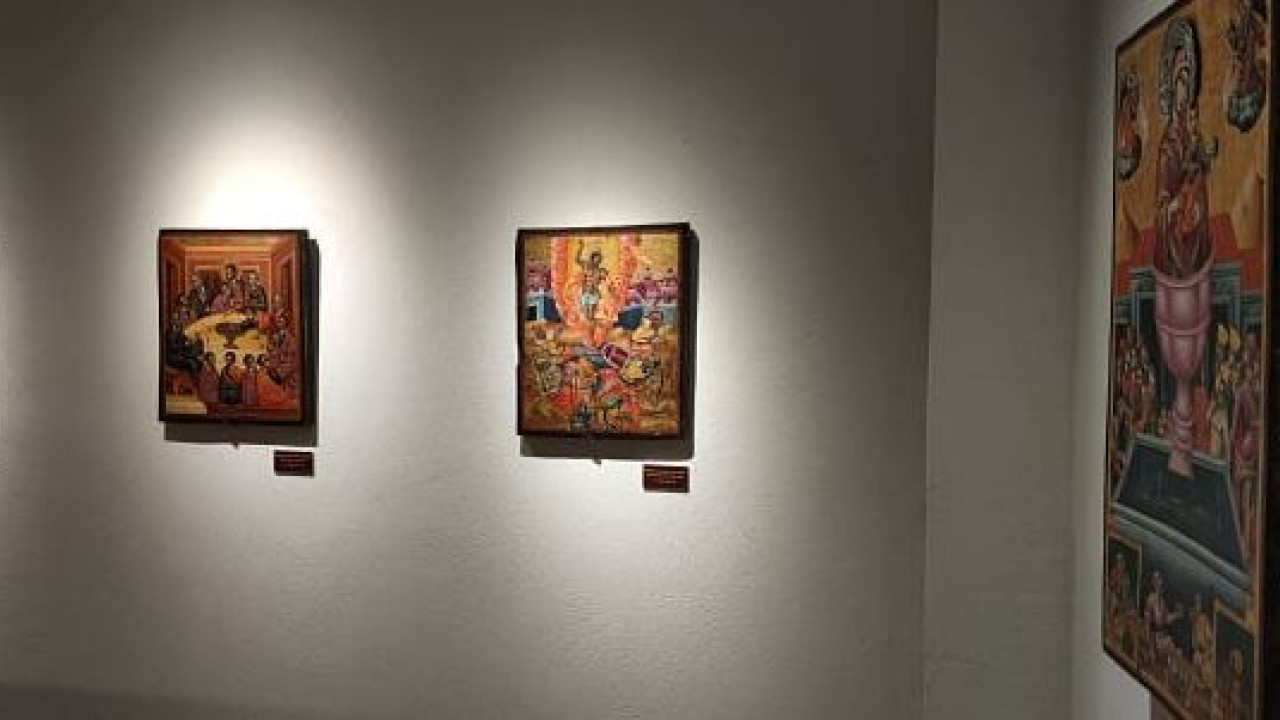 Some of the stolen icons and other religious relics that were returned are presented in the exhibition organized by the Ioannina Diocese and inaugurated by the Minister of Culture Lina Mendoni.

Mosaics from the history of Epirus… Images from the monasteries that were stolen, ended up in galleries in Europe, were located and after many years of struggle returned to where they belong.

Some of the icons and other religious relics that managed to return, are presented in the exhibition organized by the Diocese of Ioannina and inaugurated by the Minister of Culture Lina Mendoni.

Epirus asince the 70s it was still tested by antiquarian circuits which acted with particular intensity in the decade 2000-2010 when dozens of monasteries and churches were looted, especially in the area of ​​Zagori.

After the great theft in Koukouli, on Christmas Day 2009, the countdown began.

A race to cut the tentacles of the circuits, a race to locate images across Europe and an even bigger one to withdraw them from the sale and return to Greece.

Two of the most characteristic examples were presented by the Head of the Documentation Directorate of the Ministry of Culture, Vasiliki Papageorgiou.

Holy Week 2020, two paintings that were up for auction were found in a Dusseldorf gallery. It is found that they come from the monastery of Makrinos, which was looted in 2007. The relevant agencies are starting the process to withdraw them from the auction and then return them. The gallery claims to have legal title to the images. Police and prosecution authorities are mobilized. After six months the gallery agrees to deliver them to Greece. It took another year and a half for the process to be completed.
In 2017, an icon from the Visikou Monastery that had been stolen in 2005 was found. In this case it took four years until the repatriation process was completed.
“Episode was injured by antiquarian fraud rings and the information initiative being carried out is extremely important” noted Mrs. Papageorgiou.

The Head of the Ephorate of Antiquities, Varvara Papadopoulou, referred to recorded thefts since the 70s, making special mention of thefts that took place in Koukouli and Makrino which were among the biggest lootings of religious and cultural wealth.

“Antiquities have hurt Epirus… It has hurt us,” said Metropolitan Maximos of Ioannina, who, without giving further details at this stage, made it known that some of the stolen images have already been located abroad.

The event was welcomed by the Mayor of Ioannina, Moses Elisaf, and the Regional Governor of Epirus, Alexandros Kahrimanis, who gave some testimonies from his personal involvement in the past years in locating stolen images.

The Minister of Culture Lina Mendoni underlined that the illegal trafficking of cultural monuments is part of a very broad criminal network with international action.

“It is not easy to claim a stolen monument and it is also not easy to repatriate it. We can say with certainty that it comes from our country and from a specific region, but this must be proven based on international conventions and the law of the country where it has been found. It is therefore a difficult, often painful and time-consuming process,” the Minister emphasized.

The exhibition with the images that have been repatriated is hosted at the Cultural Center of the Metropolis of Ioannina.

Among the other religious relics on display is the door that was stolen from the monastery of the Holy Apostles in Messiana Dervizianon and was found last March in Krapsi.

Facebook
Twitter
Pinterest
WhatsApp
Previous article
Stoltenberg: Greece and Turkey to resolve their differences in a spirit of good cooperation (video)
Next article
Iran admitted to supplying drones to Russia, but before the war in Ukraine