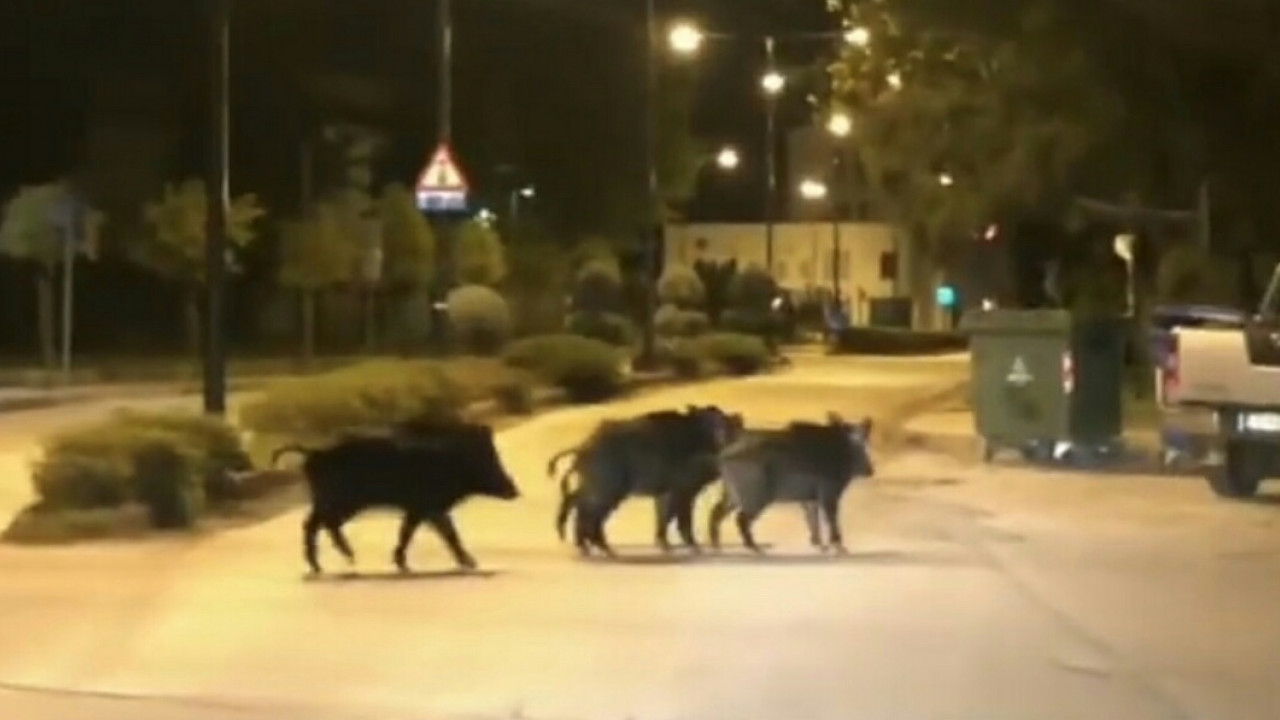 Even if hunting is allowed there will be no solution as even the hunters are at risk.

The population of wild boars in the area of ​​Lamia is constantly increasing as it is a daily phenomenon, herds invading crops, villages and even the peripheral districts of Lamia.

“Day and night we see them on the streets, in the crops, in the villages and measure the damage. We are trying to protect ourselves. In the past, when they heard a human voice they ran away. Now, they don’t “care…” anymore. reports to APE BEE adeputy mayor of Makrakomi Panos Kontogiorgos, who several times to this day, especially at night, has come face-to-face with herds of wild boars on roads and villages. The complaints of the farmers every day, about the disasters they cause to their crops and the intense concerns and protests of the residents, who do not know where to turn. Around the city, residents even see them in their backyards, while the measures taken to prevent their presence are proving “weak” to contain the wild boars.

“West of the city there is an area protected from hunters of thousands of acres. A huge population of wild boars has developed there”, the mayor of Lamia, Thymios Karaiskos, states to APE-MPE, emphasizing at the same time that “whatever measures have been taken so far, they have not been able to control the population. Their rapid multiplication has increased their number to hundreds.’

At the same time, the president of the Hunting Association, Yiannis Karellis, states, speaking to APE-MPE, that “attempts to set up crews under the responsibility of the hunting clubs and the Forest Service have failed, since this is a prohibited area and next to the urban fabric”. He also notes that “even if hunting were somehow allowed, there is no hunter who will go there, as he, his dogs and the inhabitants are in danger…”. He even mentions that dozens of hunting dogs have been lost recently, adding that “even if some groups of hunters would enter with dogs to chase from there, it is useless as there are hundreds and they will turn back… It is a dead end”.

The hunters who have been hunting them for years find that “the wild boars have become particularly ferocious and this is because they are fighting on an almost daily basis with packs of wolves which are also overpopulated. So when they see humans or dogs they attack…” As they say “only in the areas where many wolves have developed have wild boars been limited”.

At the same time, dozens of complaints arrive at Lamia’s town hall for measures to be taken around the city, with the municipality raising its “hands up”, asking the forestry services to take action in this direction.

“If something is not done in the next period to control the population, it is mathematically certain that next year the herds of wild boars will reach the central squares of Lamia. Unfortunately, as a municipality we are powerless to take measures. We are constantly asking the authorities for nothing more…” he emphasizes to APE-BPE mayor of Lamia Thymios Karaiskos, thus wanting to highlight the necessity of immediate action.

Reports and appeals are piling up in the forest services as well. Not only for Lamia but for the entire valley of Sperchios. “We know there is an issue. However, the possibilities are limited, as this is an area where any hunting activity is prohibited and it is very close to the urban fabric”, Andreas Papandreou, director of Forestry in Fthiotida, notes to APE-MPE. Regarding other possible solutions to the problem, Mr. Papandreou notes: “There are already requests to suspend the ban in this area for a period of 1 to 2 years in order to achieve a balance. We have studied various scenarios but it is an area next to the houses.”

Every night the hunting clubs patrol the area to prevent the packs from moving towards the city, while for the same reason police patrol cars are constantly on the regional roads. “Overpopulation cannot be controlled by wishful thinking. Even if hunting is allowed, a solution will not be found, as the hunters are not willing since they are in danger…”, adds the president of the Lamia hunting club, Yiannis Karellis, demonstrating the impasse for dealing with the problem both in the peri-urban environment of the city of Lamia as well as in the villages of the plain, where wild boars have turned into a nightmare