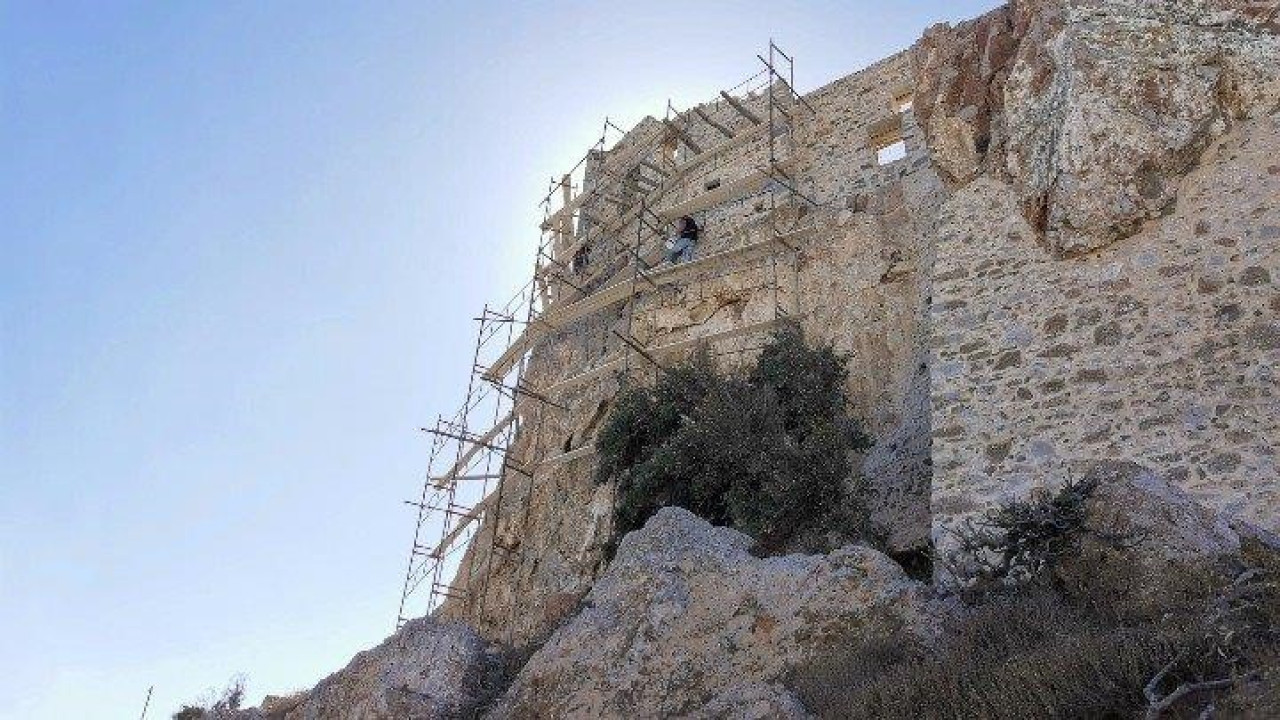 The castle of Astropalia is being restored (photos)

The municipality contributed substantially to the implementation of the specific project with the Technical Service and the mayor Nikolaos Komineas himself supervising it.

Particularly important are the restorations being carried out around the castle of Astypalaia, which is a trademark for the unspoiled island.

These restorations are indeed life-saving, the mayor of Astypalaia Nikos Komineas points out in his statements to APE-MBE, since there have already been landslides in some places with understandable risks of serious accidents.

“The works, which began in November 2019, are evaluated absolutely positively by the levels of the archaeological service that visit the island” emphasizes Mr. Komineas also mentioning that “the works include grouting and plastering of the external walls of the castle, after previous restoration with stone filling and new stonework in arches, arches, lamps, crowning walls, etc.”

The municipality contributed substantially to the implementation of the specific project with the Technical Service and the mayor Nikolaos Komineas himself supervising it.

The restoration of the largest part in length and height of the outer walls of the castle has now been completed and it is assumed that by the end of 2023 a full restoration will have been carried out.

The municipality of Astypalaia reports, in APE-MBE, that the mayor Mr. Komineas “thanks the Ministry of Culture and Minister Lina Mendoni for embracing his concerns and funding the work every year until the completion of the work continuously from 2019 to 2022, the Ephorate of Antiquities of Rhodes, as well as the craftsmen and the contractor for the conscientiousness, honor and sensitivity they have shown”.

The works are lifesaving for the castle, but other things need to be done, says Mr. Komineas. A complete study needs to be done for the inner part of the castle to be reinforced with cement injections and armored at all levels.

The intentions of the municipality, as stated by Mr. Komineas in APE-MBE, are to repair small buildings inside the castle and to create a folklore museum by the municipality of Astypalaia.

It is a one-of-a-kind castle, very different from the castles on the other islands of the South Aegean. It is also called Castle of Astropalia or Castle of Querini.

It was built by the Venetian Querini family on the ancient acropolis. It took its final form in the 15th century.

It is built with traditional local dark stone and surrounded by white houses, the outer walls of which create a real wall, with small windows for battlements. With a strong fortress character to protect the inhabitants from pirates, it has visibility to the two natural harbors of the island.

Inside the castle are the famous churches with stone bell towers, of Panagia tou Kastro (1853) and of Agios Georgios (1790).

The castle is located on top of a hill around which Chora later developed, on a plateau with an area of ​​4 acres.

The only entrance to the castle is on its south-west side and leads to its interior through a low, roofed with cross vaults, space.

The entrance was a place of trade. In the first building to the left of the entrance, there was the cafe, a place of recreation and social contact. Inside the castle there were two neighborhoods, Panagia tou Kastro or Evangelistria and Ai-Georgi or “Glykauli”.