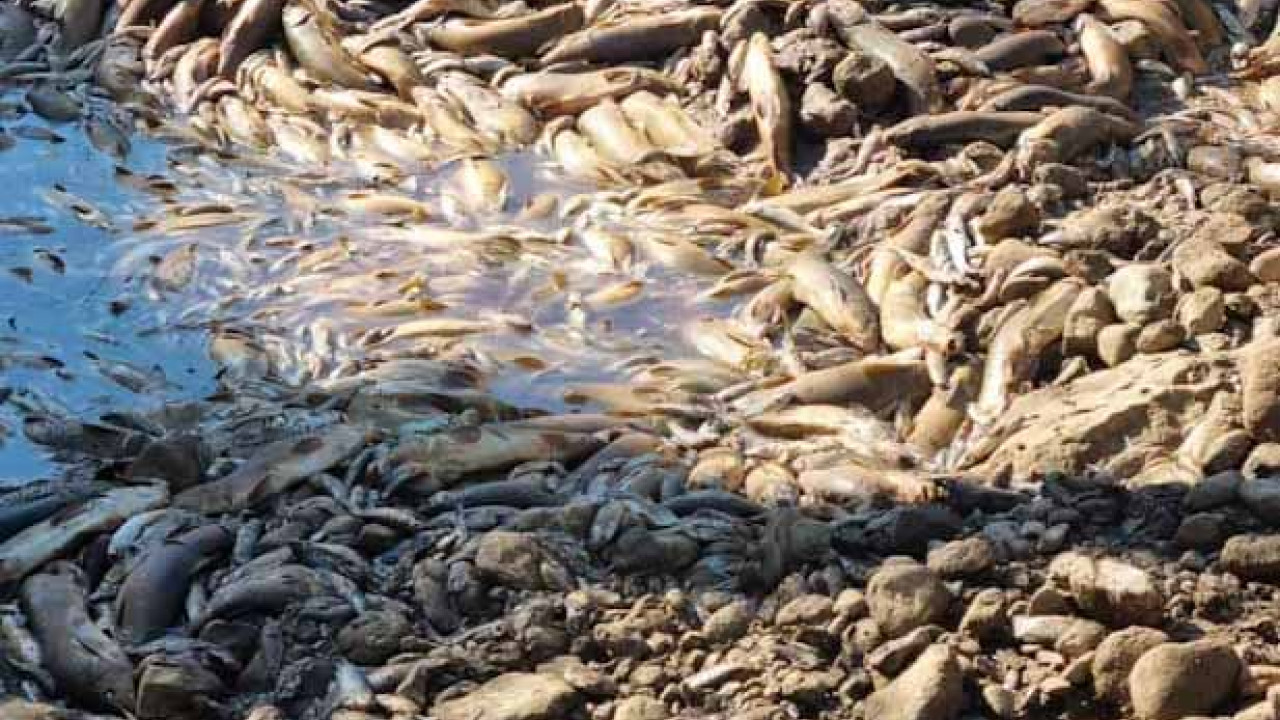 An incalculable environmental disaster has been caused in the last few days, as works are in progress to settle the bed of the Louros river, between the Settlement of Rapsaioi Terovo and Kouklesio of the Municipality of Dodoni.

The extensive work being done to settle the river results in more than just consequences to the natural environment thousands of fish and other aquatic species have died, according to epiruspost.gr

O Mayor of Dodoni, Christos Dakaletsis he was at the scene from the first moment the event was reported and, talking to the residents of the area, he was informed of the extent of the damage. The Municipality has taken care to transport water in tanks in order to actively preserve the last refuges of the fish.

Mayor Dodonis already requested from Wednesday, with documents in charge, the intervention of all involved services to stop the ongoing environmental destruction, within the limits of his Municipality

More specifically, in the document addressed at the same time to the Water Directorate of the Decentralized Administration of Epirus-Western Macedonia, to the Department of Water Economics of the Department of Environment and Spatial Planning of the Region of Epirus, as well as to the KEPE of the Region of Epirus, it is complained that ongoing works to settle the bed of the Louros River, between the Settlement of Rapsaii Terovo and Kouklesi, result in the alteration of the natural habitat and the overturning of the balance of the river ecosystem, resulting in the appearance of a large number of dead fish and shellfish. “The extensive works resulted in the interruption of the flow of water along several kilometers of the river bed, as well as the drying up of the natural ponds, which are a habitat for both the endemic trout of Louros and other species of fish fauna. Information from residents of the area speaks of problems that were also created in a fish farm on the borders of the neighboring Municipality of Ziros, while during the last hours, especially at night, wild boars appeared in the frozen river and ate the dead fish”, it is emphasized, among other things.

Mayor Dodonis asks the involved agencies to immediately grant him the statutory permits to carry out the works being carried out in the area, as well as their immediate intervention to prevent further ecological destruction.

With his second letter to the Directorates of Technical Projects of the Epirus Region and PE of Ioannina respectively, Mr. Dakaletsis requests the immediate cessation of further work and secondly, the granting of the relevant studies.

Facebook
Twitter
Pinterest
WhatsApp
Previous article
Beneteau: After boat sales a little worse than expected, Beneteau is rocking on the stock market
Next article
Roberto Carlos asks for a minute of applause for Gal and Rolando Boldrin at a show