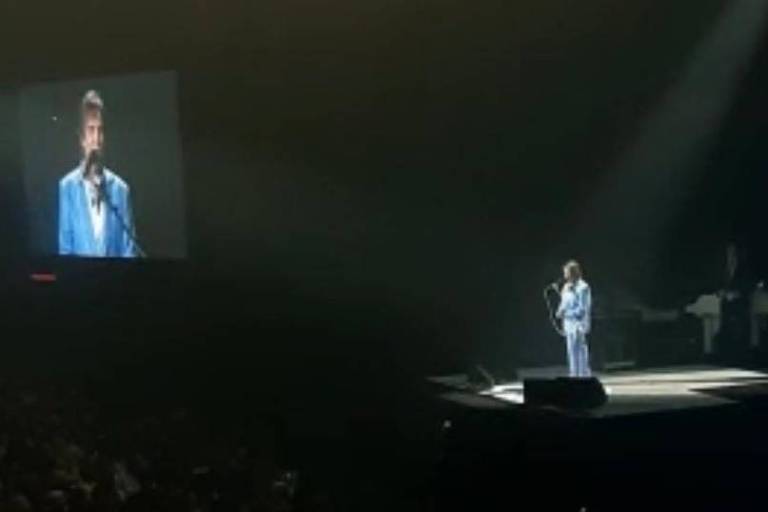 King Roberto Carlos paid tribute to Gal Costa and Rolando Boldrin who died this Wednesday (9). In a presentation in São Paulo, Roberto asked for a minute of applause for both. “These people are beautiful and they graced our lives. I want to ask for a minute’s applause for them,” he said.

At one point, after singing the song “Sua Estupidez”, the singer stated that the song had been more successful in Gal’s interpretation. “The success was hers. Today is a sad day, because she left us and I can’t help but say how much she left of joy, romanticism and feeling in everything she did.”

Through social networks, the King had already paid tribute to his friend. The singer did not hide that he was devastated by the news he received from his team. “I’m so sorry for Gal. So sad. Wonderful Gal always!” he wrote.

A fervent Catholic, the singer-songwriter made a point of easing the suffering of friends, family and fans with a religious message: “Our God of kindness protect and bless you. Amen”, he published in the caption of a photo in which the two appear together. .

Gal Costa died at the age of 77, in São Paulo, and the information was soon confirmed by the singer’s advice. She had taken a break from her touring schedule after undergoing surgery to remove a lump in her right nasal cavity.

Facebook
Twitter
Pinterest
WhatsApp
Previous article
Huge ecological disaster in Louros – Thousands of dead fish in the riverbed
Next article
TAIPED: The tender for the port of Alexandroupoli is cancelled