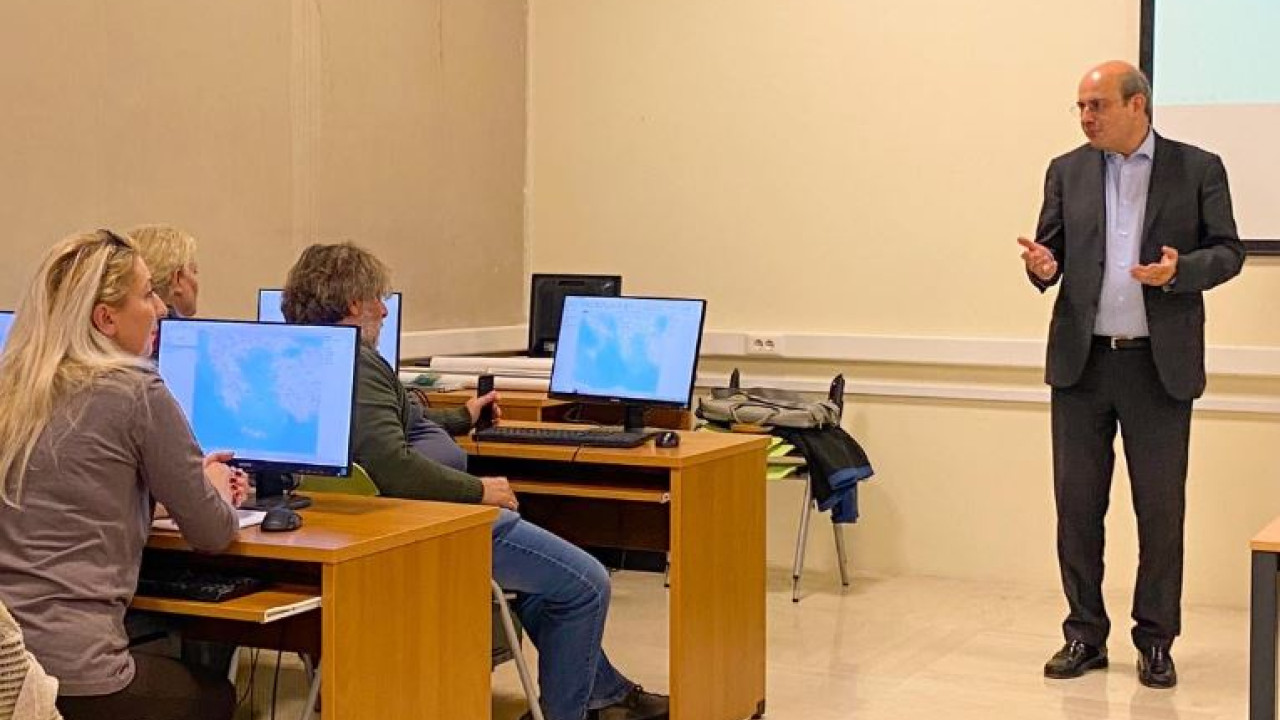 Hatzidakis: Universities were opened for the first time for the unemployed

“From now on, it will not only be the private KEDIVIM (formerly KEK) that will provide training services, but also the corresponding KEDIVIM of the Greek Universities”, said the Minister of Labor

In the Kapodistrian University of Athens Kostis Hatzidakis was there on Thursday, in order to see up close and talk to citizens who are not working during this time. As part of the government’s new training program, the Minister of Labour expressed excitement that for the first time, Greek universities opened their doors to the unemployed.

The Greek Universities opened their gates for the unemployed. And yet it is reality! For the first time in modern Greek history, our Universities are training the unemployed. It is the result of the initiative of the Ministry of Labor and Social Affairs to commit a fund of 50 million euros, through the Recovery Fund and the Public Employment Service, in order to train thousands of unemployed Greeks in digital and green skills. From now on, it will not only be the private KEDIVIM (formerly KEK) that will provide training services, but also the corresponding KEDIVIM of the Greek Universities.

I was today at the first classes that started at the National Kapodistrian University of Athens (EKPA), in the Campus. Together with the Rector of EKPA Thanos Dimopoulos, as well as relevant Vice-Chancellors and Professors of the University of Athens for the specific program. I spoke briefly to the unemployed who attend the relevant courses and asked them, in the context of the evaluation of this program, to submit their opinions, with the aim of correcting any shortcomings of the program and upgrading the level of studies.

Greece has not fared well in terms of skills over time. And that is why we are using a series of new tools, so that the European funds that we have available for this purpose – more than ever before – take place. With new increased obligations for both the training providers and the trainees themselves. With substantial evaluation of the programs and corresponding certification of the studies. With cooperation, which we also recently started, with “giants” in the field of new technologies, such as Google, Microsoft, Amazon and Cisco. And now with this important opening in our Universities.

I thank the University of Athens and Rector Thanos Dimopoulos for this collaboration. I also thank all the other Universities for their participation in the program. Both the responsible general secretary Eleni Gioti and the DYPA commander Spyros Protopsaltis and the responsible deputy commander Giorgos Christopoulos, I am sure that they will do everything in their power, so that the training for the unemployed and workers acquires a new, modern content.