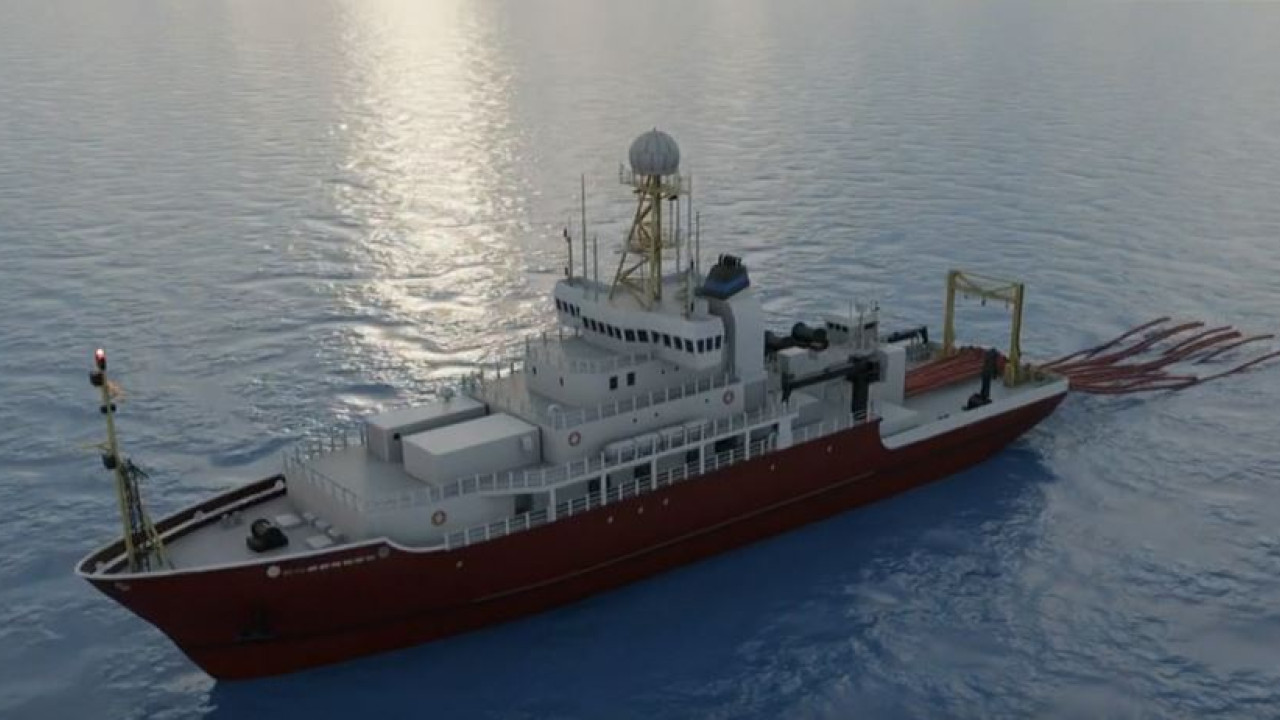 It will map an area of ​​40,000 square kilometers – Optimistic estimates of experts – The forecast for natural gas deposits in Greece – The characteristics of the ship that will “scan” Crete and the Peloponnese

They started seismic surveys south of the Peloponnese and west of Crete for exploration of natural gas deposits.Already the research vessel Sanco Swift is in the area to map an area of ​​40,000 square kilometers, which is estimated to take one to two months.

The experts even make particularly optimistic estimates, since in earlier research reserves of around 600 billion cubic meters have been identified.

The Sanco Swift seismograph began laying cables that send waves to map the geological structure of the seabed.

“It is an area that is currently being scanned in great detail so that the company, after processing the seismographic data that will be collected, during 6-9 months, can choose where to drill,” says the Head of Program Acceleration Dept. Hydrocarbons, Theodoros Tsakiris.

Seismic surveys will last 1-2 months by the ExxonMobil and Hellenic Petroleum consortium, in an area of ​​40,000 thousand square kilometers that the navy has committed to the relevant Navtex issued on Tuesday.

The spots you see south and southwest of Crete, with the yellow color, are the targets that the seismograph focuses on. Previous studies have identified hydrocarbon deposits at the site, amounting to 600 billion cubic meters of natural gas.

Area 10, west of the Peloponnese, which has been leased by Hellenic Petroleum and is preparing for research in an area of ​​2,000 square km, is also raising great expectations.

At a much more advanced stage is the block in the Ionian Sea – on the borders of the EEZ with Italy where the Energean – ELPE consortium is collecting three-dimensional data, in an area of ​​3,420 square kilometers.

West of the Peloponnese

The forecast for deposits in Greece: 2 trillion m³ – €250 billion

“I am deeply convinced that we will discover a treasure, useful for the energy security of the whole of Europe”, declared the former Minister, Yiannis Maniatis on SKAI 100.3 radio.

“Block 2 in the Ionian seems to be more mature, 3d surveys have already started since November 1, there is a political result from the settlement of the EEZ with Italy, the depths are smaller, so from there we may expect some positive results from all the other cases”, states NTUA energy policy professor, Haris Doukas.

Indeed, the studies that have been carried out for many years in the seabed of Greece, want the existence of almost 2 trillion cubic meters of natural gas, a quantity estimated at around 250 billion euros, and the goal is in the next few years, from 27 onwards, to natural gas production has started where possible.

“We move at completely different paces, I won’t hide from you that it is our goal to achieve this, I could call it, a world record!”, states the CEO of Ethn. of the Hydrocarbons Management Authority, Aristophanis Stefatos on the SKAI show Mismatches.

The huge upgrade of Greece’s role in the international energy chessboard causes – as expected – tremors in neighboring Turkey and the illegal Turkish-Libyan memorandum.

“Greece is implementing a plan that is very well prepared, fully in line with international law and within our sovereign rights. The first results from the seismic surveys in Crete are expected in the Christmas period, underlined the Government Spokesman, Yannis Oikonomou.

What we know about the Sanco Swift

The Sanco Swift, the modern research vessel tasked to carry out research in the area, has as its main tool a 12 km cable which is the eyes and ears of the researchers.

It is from one of the most modern research ships. The Sanco Swift which belongs to the PGS company now has a mission. To scan the entire area west of Crete and the Peloponnese committed to new Navtex.

A key tool of the research will be a cable with a radius of 12 kilometers, which will record data even at a depth of 5 kilometers…

“This particular cable has a streamer, which leads to the analysis. In other words, we listen through the cable,” says the Management Consultant of the Hellenic Hydrocarbons Management Company, Efthymios Tartaras.

“They will start sending infrasonic waves which will be received by these hydrophones hanging behind the ships so that we can start receiving data,” Energy and Environment Minister Kostas Skrekas told ERT.

The data is automatically sent to the database within Sanco Swift. The recording is done directly through state-of-the-art instruments.

In a special space inside the ship, the specialized scientists gather millions of data from the recordings made by the ship through the specially predetermined routes. The data is sent to PGS headquarters for final analysis. If deemed necessary, several points can be re-recorded.

“Due to technical progress, we are given the possibility to record the data quickly, which allows us to change even the lines from the original plan”, says the Management Consultant of the Hellenic Hydrocarbons Management Company, Efthymios Tartaras.

There are already 60 people on board, including the technical staff, environmental observers and a liaison with the fishermen of the sea area.

“The ship’s crew and all the scientists are included. 46 single and 7 double cabins. The ship is full, we know it because we have two people on it,” notes Mr. Tartaras.

“It comes and immediately proceeds with very dense two-dimensional investigations so that immediately after and if we see that there is interest, we can proceed with test drilling”, the Minister of Energy and Environment, Kostas Skrekas, emphasized to ERT.

The ship is 96 meters long and 23 meters wide. It was built in 2013, when it was first found in the water. It has a second auxiliary vessel for embarkation and disembarkation, and there is even a helicopter landing and takeoff area because it operates in open sea conditions

The same company in 2012 had collected corresponding data on possible hydrocarbon deposits by mapping the area at the time.