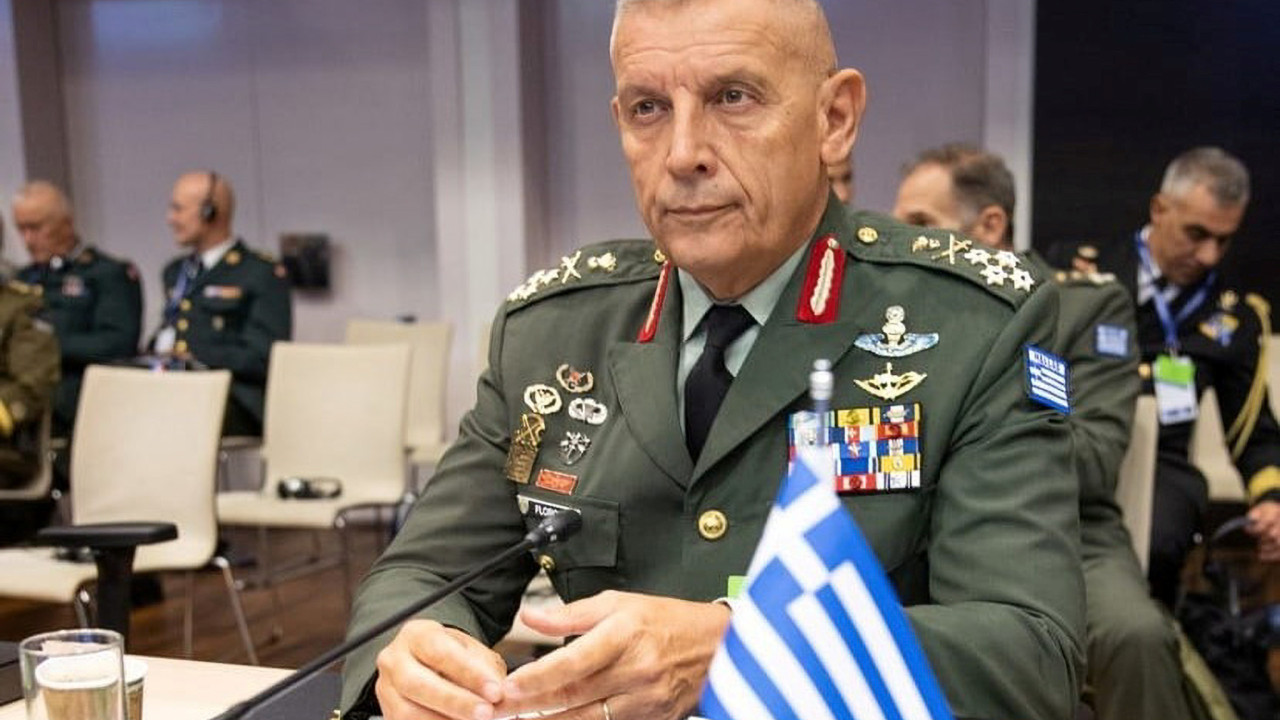 GEETHA Leader: Greece will remain strong, free and independent, no matter who threatens us

The GEETHA Chief referred to Greece’s military collaborations with countries in the wider region, which make our country more and more strengthened in the hard core of EU and NATO decisions.

“The high morale, the professionalism, the stubbornness, the unwavering will but above all the power of your Weapons and the fire of your Soul are the best guarantee that Greece will remain strong, free and independent, whoever threatens us, whoever if he decides to come, whatever time he chooses to do it!”, pointed out, among others, the GEETHA Chief general Konstantinos Floros in his agenda, addressing the officers of the army, on the occasion of tomorrow’s celebration of Armed Forces Day.

“We desire peace and we are working for it… but whoever makes the fatal mistake of ‘coming’, let him know beforehand that he will find before him a new Marathon, a new Salamis and a new 731, and I am sure that the Greek Arms will still be glorified once, giving the fight the good, like so many times in the past. Even for a speck of soil, for a rock, for a Greek stone. Because all these exist because we paid a heavy blood tax to have them. Heavy, very heavy!!!” he further emphasized.

“Since the day I took up the duties of the Chief of the GEETHA, we have successfully faced all the challenges, firstly the unprecedented hybrid attack on the borders of the Evros and then the questioning of our sovereign rights in the Eastern Mediterranean, during which the Armed Forces were mobilized and attempted immediately, massively and above all effectively and deterrently. But we didn’t stop there. The nexus of our operational activities, conducted daily at national and international level, on land, sea and air, strengthening our interdisciplinary and cross-functional synergy with allies, friends and partners, gaining experiences and valuable knowledge, which thus make the Armed Forces more ready for war than ever before – and this is of great importance, because it upholds the timeless axiom that dominates the same and unmistakable throughout the centuries: ‘If you want peace prepare for war’.

This is what I wrote down as my direction in my first order of the day on the day I assumed my duties, and I reverently abide by it. And this is the one and only recipe for lasting peace that we seek as a State. ‘Preparation for war’ surely leads to lasting peace, especially in areas like ours that are full of challenges, problems and neo-revisions. There is no other recipe, or at least I don’t see one,” he remarked.

At the same time, the GEETHA Chief referred to Greece’s military collaborations with countries in the wider region, which make our country more and more strengthened in the hard core of EU and NATO decisions, as a pillar of security and stability in the wider Balkan region, of Eastern Mediterranean and Middle East.

“The conclusion of strategic defense agreements, which we are implementing in an unprecedented upgrade of our international partnerships and our defense footprint in the region, is of undeniable value to those who know and watch. And there are many of them. They are all,” he emphasized.

“Furthermore, the readiness of the Armed Forces to the maximum extent possible is a point of reference for the multidimensional offering of social work, without deviating in the slightest from their main mission” he noted further.

Addressing the officers of the Armed Forces, the Chief of the GEETHA urged “with the same determination, cool and at the same time unshakable to give, if necessary and whenever necessary, with indomitable and unyielding momentum the only response that the Greeks give when their existence is threatened. You have it written in your DNA, it was given to us by our forefathers, it is known to everyone!!! “Eἷς οἰωνος ἄριστος, ἀmynesthai peri Patris!”, he concluded.