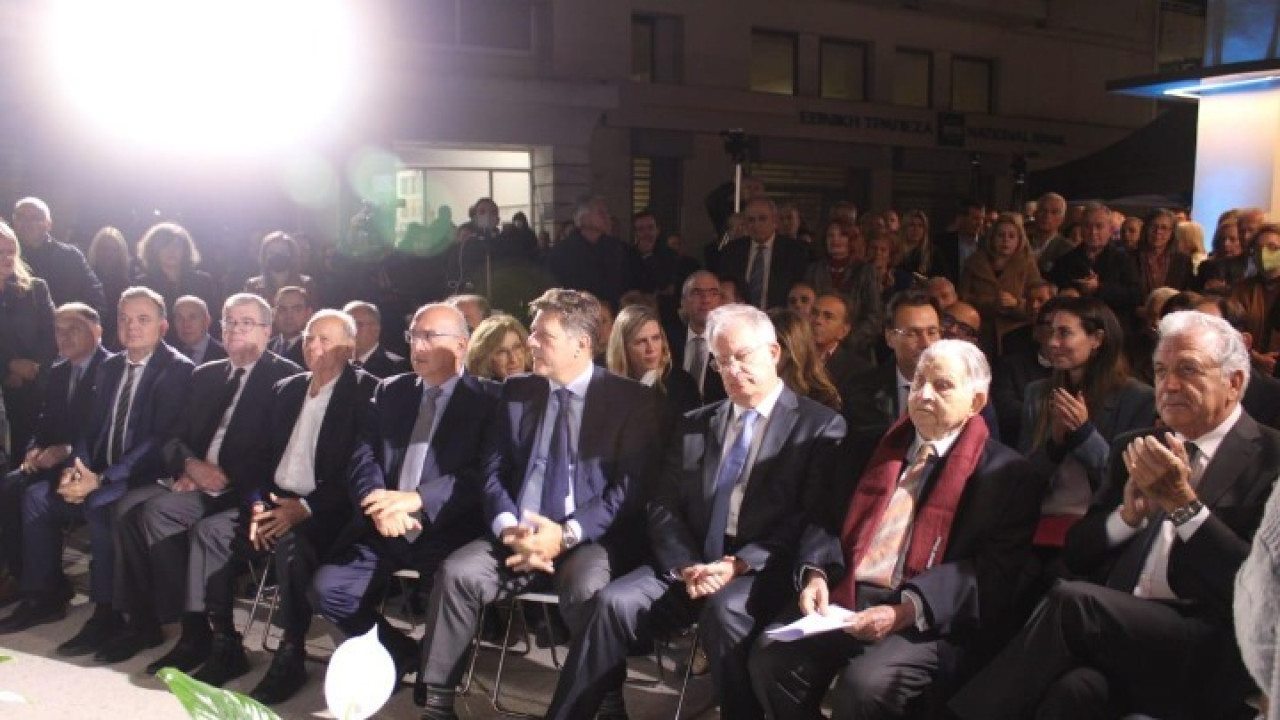 The “House of Mosaics” of Sparta was inaugurated

This is the area that houses two elaborate Roman mosaics, the “Rapture of Europe” and “Orpheus as an animal charmer”, crafted in the late 3rd – early 4th century, which were discovered by chance in 1872 and 1890 respectively, in Sparta and were part of houses of rich Romans.

In an atmosphere of special emotion, the “House of Mosaics”, a life project of the former minister Yannis Varvitsiotis, was inaugurated on Monday afternoon in Sparta, in the presence of the Speaker of the Parliament, Konstantinos Tasoulas, the Deputy Minister of Foreign Affairs, Miltiadis Varvitsiotis, and representatives of politics, church, self-government and culture.

This is the area that houses two elaborate Roman mosaics, the “Rapture of Europe” and “Orpheus as an animal charmer”, crafted in the late 3rd – early 4th century, which were discovered by chance in 1872 and 1890 respectively, in Sparta and were part of houses of rich Romans.

As stated in an announcement by the Ministry of Foreign Affairs, their protection and promotion from the sidelines, where they remained for decades, was an initiative of the president of the non-profit organization “Friends of the Mosaics of Sparta”, Yiannis Varvitsiotis, who for more than a decade has suffered to be safely accommodated in an elegant space, where everyone can admire and visit them.

Also, it is pointed out that with the support of the Ministry of Culture, the exclusive donation of the Stavros Niarchos Foundation and the contribution of the A.G. Leventis, his vision became a reality and the House of Mosaics opened its doors in May 2021.

Yannis Varvitsiotis told during the opening ceremony, the incident in which he accidentally learned about the existence of the mosaics and their preservation in bad conditions, which was the starting point of his own more than ten-year struggle, with the help of donors, to retrieve the mosaics from obscurity and become accessible to the public through the creation of the House of Mosaics.

The event, as noted in the same announcement, was attended by Deputy Foreign Minister Miltiadis Varvitsiotis, who emphasized that without the tireless efforts of his father and the donors, we would not have been able to admire these two mosaics today, which were kept by the Greek state away from public view, for over 120 years. He even noted that every Greek has the representation of the “Rapture of Europe” mosaic in their wallet, as it is printed on the 2 euro coin.

The speaker of the Parliament, Konstantinos Tasoulas, made a special reference to Yannis Varvitsiotis, who described him as the “Pausanias of Politics”, as stated in the announcement of the Ministry of Foreign Affairs. It is added that the opening was also attended by the Metropolitan of Monemvasia and Spartis Efstathios, the former ministers Achilleas Karamanlis, Dimitris Avramopoulos and Konstantinos Arvanitopoulos, the MPs of Lakonia of the N.D. Athanasios Davakis and Neokles Kritikos and SYRIZA’s Stavros Arachovitis, the regional governor of Peloponnese Panagiotis Nikas, the mayor of Sparta Petros Doukas, the general secretary of Culture Giorgos Didaskalou and the member and legal advisor of the SNF Board of Directors Giorgos Agouridis.

Facebook
Twitter
Pinterest
WhatsApp
Previous article
President of Mexico considers election of Brazilian president of the IDB ‘regrettable’
Next article
Without the ‘F1 Benzema’, France bets on the ‘Giroud kart’ to seek the third in the Cup