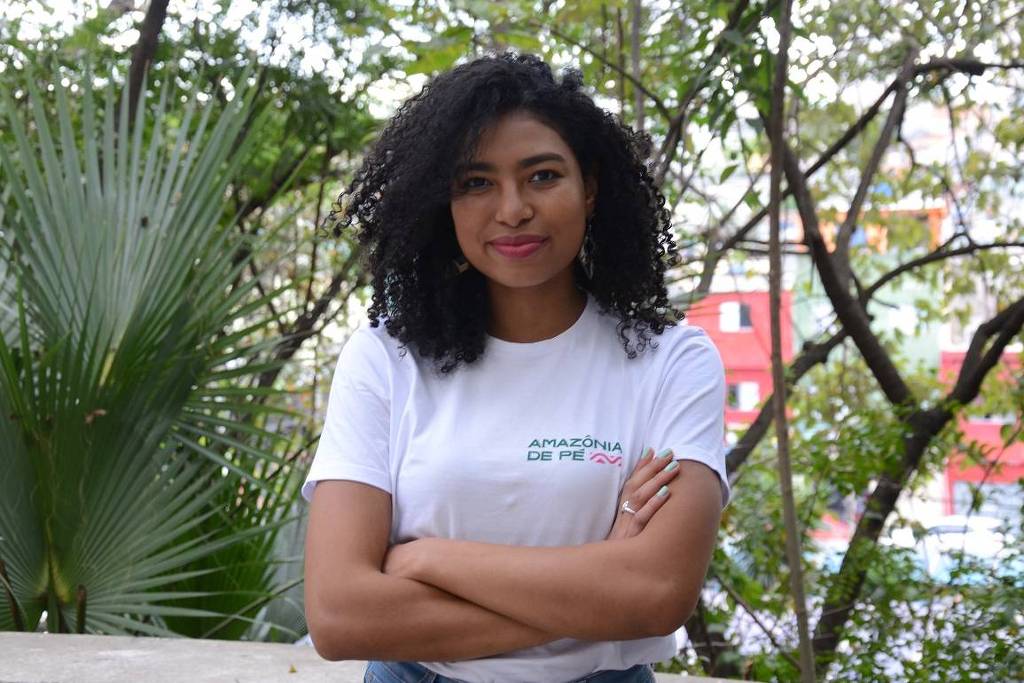 Brazil needs to look at favelas when talking about climate, advocate COP27 activists

“Brazil is back” was one of the cries given by the audience during the speech by president-elect Luiz Inácio Lula da Silva (PT) at COP27, the UN climate conference held in the last two weeks in Sharm el-Sheikh, Egypt.

The prospect of greater action by the Brazilian government on climate issues comes in contrast to the management of Jair Bolsonaro (PL), who took anti-environmental measures in the last four years and even canceled the holding of a COP in Brazil, in 2019. During this period, due to the vacuum left by the federal authorities, the presence of activists grew at the conferences, including those from the peripheries.

This was the case of Amanda Costa, 25, a resident of Brasilândia, in the north of São Paulo, and founder of the Sustainable Perifa Institute, and Marcelo Rocha, 25, who lives in Mauá and is the founder of the Ayíka Institute, an organization that discusses climate change from the perspective of race, gender and territory.

The two were some of the Brazilian activists who attended the recent meeting in Egypt. Back in São Paulo, they say they hope that this new moment will bring discussions about the climate that involve peripheral populations.

In Sharm el-Sheikh, both highlighted the importance of debating the impacts of climate change on cities and how they affect neighborhoods with less infrastructure.

For Costa, in his fourth COP, it was the first edition in which he saw environmental racism actually being discussed. “Seeing a cause that runs through me, that dictates whether I’m going to stay alive or not, being increasingly reproduced and democratized among the leaders of our country was a positive surprise,” he says.

Environmental racism deals precisely with how the consequences of the climate crisis affect minority ethnic groups more — such as the black population that lives in the peripheries.

Rocha, in his third COP, also observes that it was possible to discuss solutions, even if the results are distant, as in the case of the creation of a fund with resources to repair losses and damages to countries more vulnerable to extreme events.

“Brazil has to look at this with care. Thinking about the favelas, talking about loss and damage is talking about the extreme events to which we have already become accustomed, such as floods, landslides”, he points out, who is part of the board of directors of Greenpeace Brazil and UNO Brazil.

“We reached a point where it is not possible to adapt and mitigate only. We have to think about now”, he says.

Amanda Costa is also a UN ambassador and young counselor, in addition to being part of Perifa Sustentável, an organization that brings together young people in favor of environmental development based on racial justice.

At COP27, among his commitments was a round table promoted by the City of São Paulo, in which he participated alongside the secretary of international relations of the city, Marta Suplicy.

“There was an agenda with governors, mayors. Only white men, you know? There were some women, all white.

Rocha also met with Marina Silva (Rede-SP), elected federal deputy and former Minister of the Environment, the main name quoted for the position in the new government.

Rocha assesses that the presence of the transitional government was “a great success” to improve Brazil’s image after the 2019 and 2021 editions of the COP, held amid the loss of alliances with other countries and the freezing of the Amazon Fund.

“All this coming back from Brazil into the game makes our participation [como ativistas]”, he summarizes, who, however, sees that challenges will remain, such as a greater debate on the reduction of fossil fuels in Brazil.

“Oil and pre-salt were important things within the Lula government. There is great expectation on how [o governo vai] manage that energy transition process and return to being a climate leader.”

This was the first edition of the COP that Costa and Rocha participated in outside Europe. As a contrast, Amanda points out that machismo was noticeable on this trip to Egypt.

“It was very complex. There is a look that men put on women that is very heavy, and it bothers them a lot. [quando precisa conversar] turns a look of contempt very quickly. We don’t see women working, only men,” she recalls.

This situation, she says, ended up being the main lesson she brought to Brazil after the COP. “I am taking the importance of us accelerating the gender agenda and of us knowing the context we occupy, finding strategies to take care of ourselves, to be protected within this oppressive environment.”

Facebook
Twitter
Pinterest
WhatsApp
Previous article
Naomi Campbell: The “black gazelle” of the catwalk bought her… She wants her life to be made into a movie
Next article
Lucas Hernández of France suffers a torn ligament and is out of the Cup