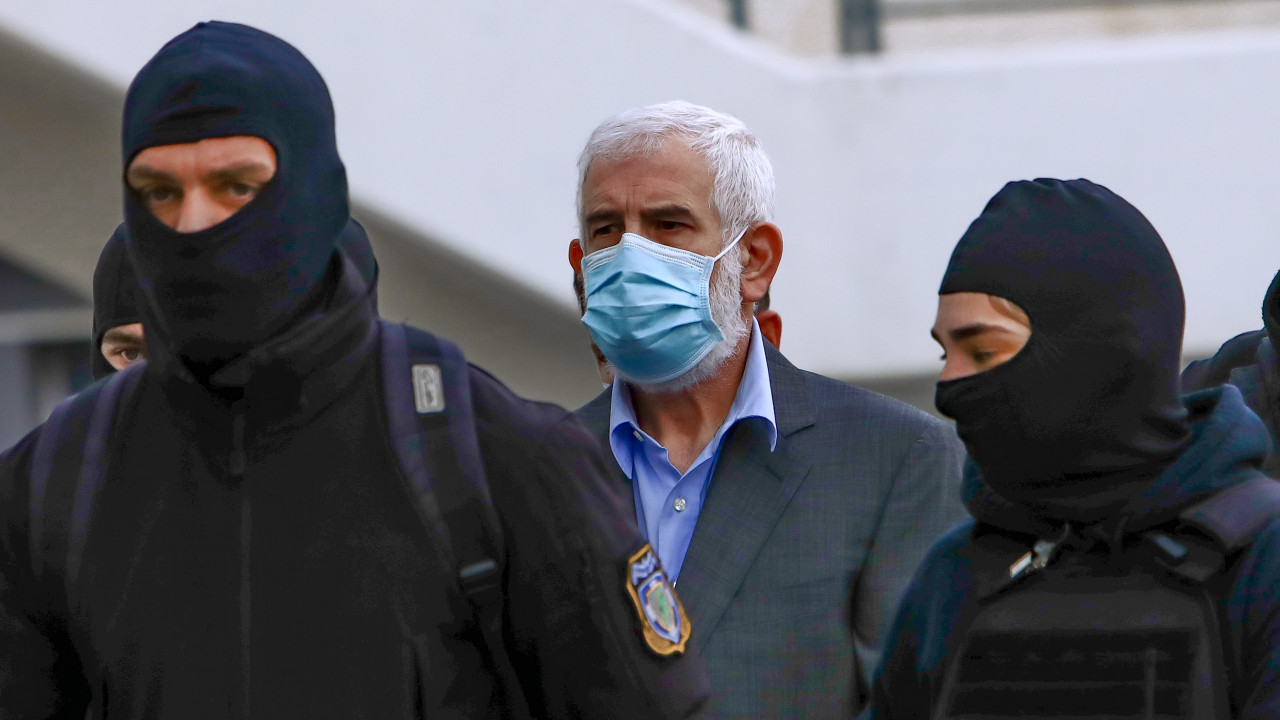 Katia Dandoulaki for Filippidis: “He developed an obsession with Drosaki”

He had developed an obsession with her, the actress characteristically said when talking about the collaboration of the three of them in the show “Crime on the Orient Express”.

The events that led to the termination of the last cooperation that he had with the accused for sexual violence against three women Petros Filippidishe recounted before the Joint Jury the actress Katia Dandoulakis.

The acclaimed artist testified in court that after two shows that had worked without problems with the accused, he chose him as director for one more show, a few years ago, cooperation however which he interrupted due to the behavior of Petros Filippidis towards the actress Lena Drosakis towards whom he expressed romantic interest with “psychological stalking”.

In the courtroom today there are many actors as well as the president of SEH who are watching the testimony of the witness with great interest.

As the actress testified, the defendant created a particularly difficult situation for the actress Lena Drosakis – present in court – who has denounced him publicly, but also to the entire troupe.

“We had a collaboration with Petros in 3 shows. We had a good partnership in both. Our third collaboration was not what we expected, it was problematic, it had a problem. From the first moment there was a special nervousness and an intense psychological pursuit of Lena Drosaki. To the point where after it became oppressive and annoying and for Lena herself and the others. She was ready to leave the troupe and she wasn’t the only one. When an entire troupe gets upset, I felt that the collaboration should be completed”, emphasized Katia Dandoulaki.

Referring to behavior “beyond the limit” of her accused colleague, the witness emphasized that “it was an unpleasant collaboration” as it “created insurmountable problems”.

As Ms. Dandoulaki said, she invited the accused to talk. “He says to me ‘where is the troupe?’, I say to him ‘I want the two of us to talk.’ It was mostly a monologue. I explained that I was very patient. That there is oppression that is not tolerated in a troupe. I told him it was his own fault. It created insurmountable problems. I grabbed him by the shoulders, hugged him and asked him to use his assistant so he wouldn’t be out of a job. He told me of course. From there, the matter ended. We were saying on TV that Petros had a lot of work and that’s why we didn’t go ahead. I didn’t communicate what happened. This came out later when the children started talking and that’s when this attitude of mine became known. I did what my soul felt.

Chairman: Did you ask him why he had that attitude?

Witness: Why should I ask? After seeing the interest. It was very intense. It was giving her power she didn’t ask for. It was putting her in a difficult position. It was an unpleasant partnership. It was beyond the limit. It began to become a power beyond measure.

Chairman: Did you ask why he behaved like that?

Witness: I don’t ask someone why their character is like that…

Chairman: Because you had worked well together twice…

Witness: Yes, but he is an explosive character. Big problems were created in this show. Power management is a delicate matter.

Chairman: Did you ask Ms. Drosaki?

Witness: He is a very gentle creature. He always said “ok I’ll try”. I saw her crying. When he told me I would leave. I tell her “no, someone else will leave”.

Paredros: Was the chase romantic interest?

Paredros: How was the troupe oppressed?

Witness: All of his trying to have Lena by his side caused him to lash out at Lena, whoever Lena hung out with. Anyone who stood up for Lena or hung out more was attacked.

The witness emphasized in response to questions: “The way he flirted with the girl was oppressive. The cord of flirtation was tight. This huddle could not continue any longer. While there was a helper, he anointed her as a helper to be by his side. What else can I tell you… I saw flirting, I didn’t see an act, but who will see a rape?”

According to the distinguished actress, Petros Filippidis can easily “cross the line” due to his “exuberant character” and perform “extreme actions”.

Facebook
Twitter
Pinterest
WhatsApp
Previous article
What men consider sexual harassment in the workplace
Next article
Kokkinopoulou – Kafetzopoulos: A rare appearance and emotion for the proud parents – They went to their son’s swearing-in ceremony