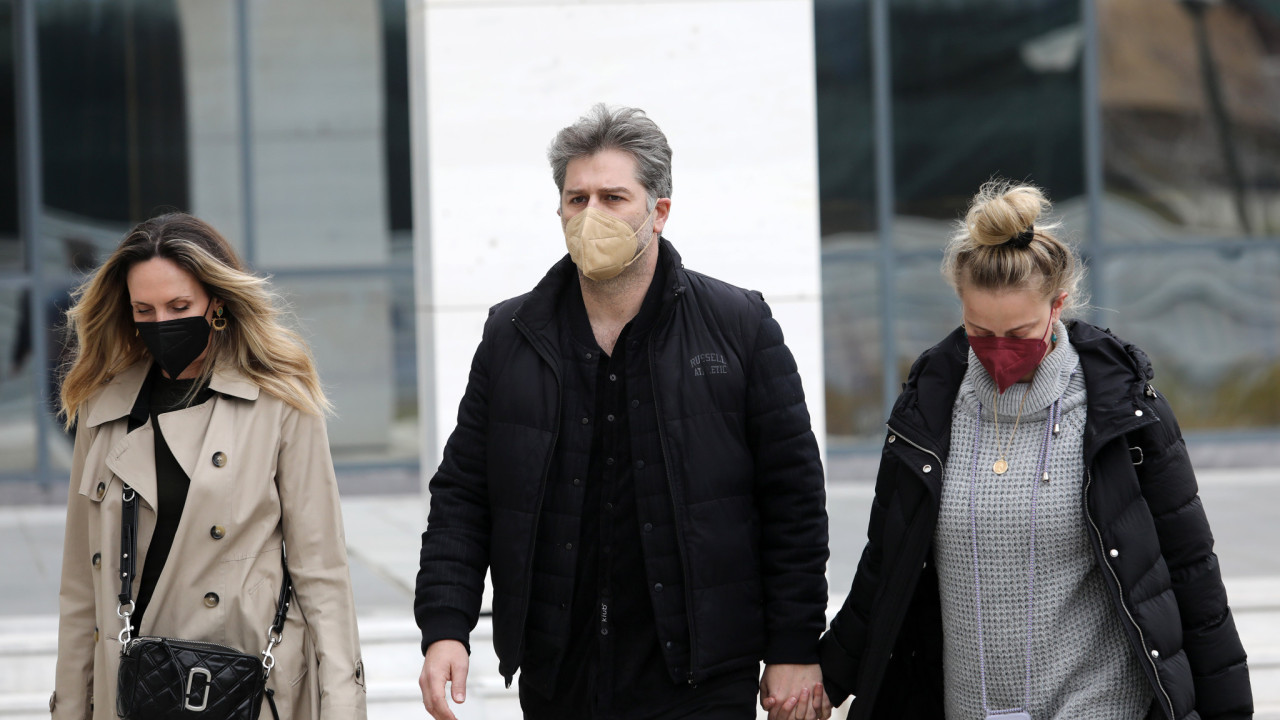 Lena Drosaki: With sobs she described the threats from Petros Filippidis – New complaint from a television station executive

Lena Drosaki’s descriptions of Petros Filippidis’ behavior towards her, at the actor’s trial, are chilling

Two women who claim to have received abusive behavior from Petros Filippidis testified in court after Katia Dandoulakis stated before the Joint Jury that in 2018 she stopped working with the accused because of his behavior towards their colleague Lena Drosaki.

The actress Lena Drosaki testified in court, who with strong emotional charge and bursting into sobs several times told the judges about everything that happened with the leader since she met him in 2007, whenever she had gone with her fellow students to the filming of a TV series with a protagonist Petros Filippidis.

The witness testified that the defendant often called her and that sometimes the communication had a sexual dimension. “I told him, Mr. Filippidis, please. Will you tell me why I wasn’t closing it? I didn’t have that fortitude to do it, I felt like I have to do it to the end. This happened a few times. The days came when I would take exams. I was sitting on the steps of the theater and I saw him in front of me and he said to me: “If you don’t sit for me, you won’t pass.” I just remember being on the stage and at that moment he walks in and goes to the jury. Kisses hugs.. I was frozen, I had lost it. And then, leaving, I remember this movement as if it were telling mei “I told you I have this power not to pass”. I did not pass…”.

Mrs. Drosaki testified that the associate of Petros Filippidis who “bombarded” her to agree to work with the accused in a TV series, but she herself found various excuses to refuse, while sometimes she asked for exorbitant sums as a fee in order to do not proceed with the discussion.

Referring to the actress in the show “Crime on the Orient Express” which was uploaded in 2018 by Mrs. Dandoulaki, she testified that she asked if Filippidis would be acting and when she learned that he would only be directing “I told her fine, because if he is acting I won’t be. She told me not to worry “you will be under my protection”. The witness said that in the rehearsals there was “an explosive atmosphere which existed when the accused saw me conversing with other colleagues… Then the rehearsal would not be easy there would be tensions…’, referring to offensive behavior and ‘unthinkable situations’. As he said: “I informed Mrs. Dandoulakis that I will leave, that I cannot continue like this and she told me “you will not leave. You did nothing”.

He testified earlier in court television station executive which, as she stated, collaborated with Petros Filippidis in a show in 2016. The witness, whose claims were disputed by the defendant’s defense, told the court that experienced severe sexual harassment by the accused, at least twice.

As the woman said, she had informed the executive and the owner of the channel about the two incidents.

The witness testified that she spoke about what had happened in the past motivated by the actresses who publicly denounced the mobster. “If they do it, I should do it too, I thought… I called my friend, the actor Vasilis Charalambopoulos and he told me to call her Mrs. Papacharalambous in order to put me in touch with the civil action advocate”.

After filing the complaint, the witness testified, the defendant’s wife refused to speak to the channel’s reporters “because you have a snake in there… a redhead who went to close our house.” According to the woman, after she “spoke”, Petros Filippides told a TV producer that “I fired him and that I was very much in love with him and was causing him a problem”.

The defendant’s defense requested the subpoena of the television station executive that the witness stated she informed. The request was also agreed to by the Civil Procedure which requested that the owner of the channel be summoned

The trial will continue tomorrow with the examination of Mrs. Drosaki.

Facebook
Twitter
Pinterest
WhatsApp
Previous article
Computers: The worst sales in two decades
Next article
Parliament: At the end of next week the bill for the EYP