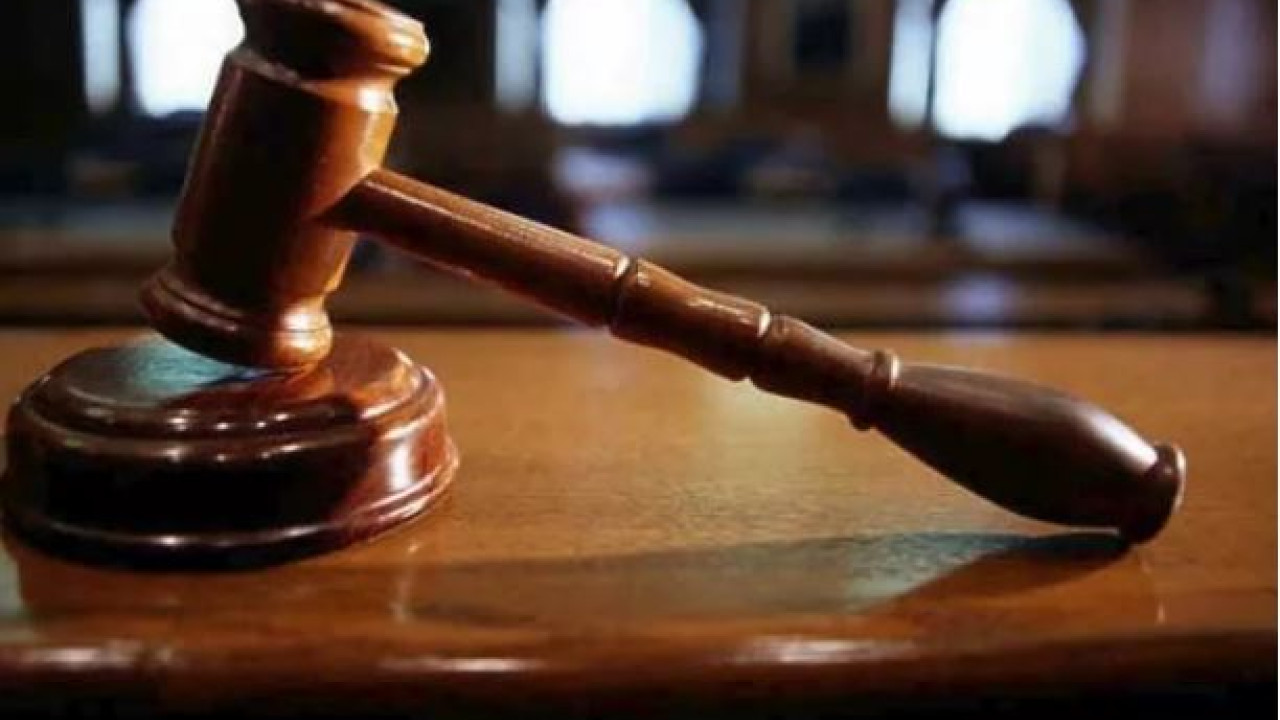 Larissa: The 45-year-old man who killed his uncle for 160 euros was sentenced to 1 billion life terms

“Of the many pills I had taken, I didn’t know what I was doing” the accused said in his apology

One was sentenced to two life terms by the Mixed Jury Court of Appeal of Larissa 45 years old from Trikaliwho was found guilty of the felonies of murder with intent in a calm state of mind and aggravated robbery, with the victim being his 82-year-old uncle.

The 45-year-old, immersed for years in addictive substances, entered the house of his 82-year-old uncle and first cousin of his father, in the village of Zilefti Trikala, at 1 in the morning on June 8, 2018, with the intention of stealing, as he confessed the day before apologizing, saying that ” I wanted the money to buy heroin.” A robbery that turned into a violent murder.

In fact, the nephew also found in the victim’s jacket got 160 euros, except that at the time of the theft, the 82-year-old man, who was also suffering from hearing problems, happened to wake up in order, as estimated, to go to the toilet. The 45-year-old attacked him with an iron bar (bitch) and mortally wounded him by hitting him several times on the head.

“Why so much; You mercilessly beat a big man. They weren’t light blows, you crushed his head,” remarked the president of the court, with the 45-year-old noting in his apology that “from so many pills I had taken, I didn’t know what I was doing. ¨

After the murder, the 45-year-old disappeared the crowbar and returned to his home, where he tried to wash his blood-stained clothes with bleach, while he finally confessed his act several hours after his arrest.

In a calm state of mind

As noted in the indictment, the 45-year-old “after breaking with the use of a burglary tool, namely with the use of a metal crowbar (bit)” the shutter grilles of the bedroom of his uncle’s house”, “age 82, entered the interior of the victim’s house and headed towards the hall of the house. Where on the hanger (monk) was hanging his uncle’s jacket, from which he removed the sum of 160 euros”. But, “he was noticed by his uncle, who tried to prevent him from leaving his house with the stolen amount of money, so he attacked him and in a calm state of mind, both during the decision to kill his uncle and during execution of his act, he hit him with intent.”

“Demonstrating”, it is noted in another point of the indictment, “special cruelty against his uncle, as, “he attacked him and struck him with the burglar’s tool (dog) repeatedly and violently at the most vulnerable and vital point, namely his head, even when he was already lying (immobilized) on his face on the floor of his house, resulting in to cause him the fatal severe brain injury in order to keep the stolen amount of money.”

In the context of the trial, several witnesses testified, including the victim’s daughter, the woman who took care of him, the perpetrator’s father, fellow villagers and a police officer.

“The reason I went to my uncle’s house was purely for the robbery,” the 45-year-old emphasized in his apology, clarifying that “I wanted the money to buy heroin”, stating that “I was sleepless for two days, being under the influence of narcotic pills”.

Describing how he entered the house and how in the dark he took the money from the jacket, he emphasized that “as I went to leave, I realized someone behind me and received a couple of blows, maybe from his machete. I turned and hit him with the “bitch”, then left and went home. When he saw the blood on my clothes, I started to wash them…”, he concluded, attributing his act to the use of drug pills, “I didn’t understand”, as he pointed out.

“There is no dark spot in the case”, he emphasized in the court prosecutor’s speech, stressing that the accused in full consciousness decided to steal the victim and organized the way” while with the “killer tool he managed to pulverize the head of the old man,” whom he “continued to beat while he was on the floor,” he continued, describing the actions of the assailant. Furthermore, he emphasized that “the accused committed the acts having planned them” and rejecting the claims of the defense, he suggested his guilt.

Ultimately the Court of Appeal found him guilty, while by a majority (5-2) the reduced charge was not recognized. He was unanimously sentenced to life in prison for manslaughter with intent in a calm state of mind. By a majority (4-3) he was sentenced to life in prison for the second count of robbery, committed with particular cruelty against a person (the three minorities opposed a sentence of 15 years in prison). Finally, for the penalties of illegal carrying and use of weapons, he was sentenced to 3 years in prison, which the court converted into a monetary penalty.